The Pride of Manchester Awards celebrates the region's unsung heroes. 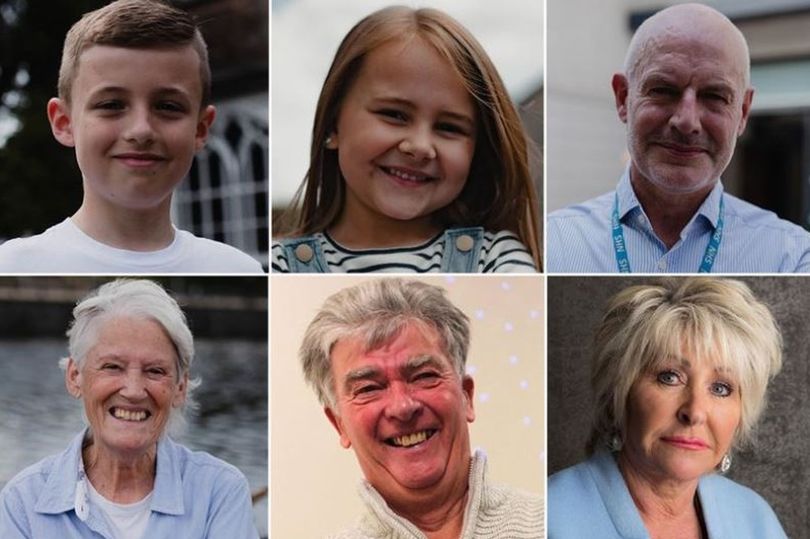 Some of the region’s unsung heroes will rightfully be honoured at this year’s Pride of Manchester Awards in a live-streamed ceremony this evening.

The annual ceremony – which is now in its second year – aims to celebrate community champions from the region who go the extra mile to help out other people, but instead of a glitzy awards show this year, the event will be held online.

This is of course due to local lockdown restrictions amid the coronavirus (COVID-19) pandemic.

The Pride of Manchester Awards 2020 – in association with TSB and the MEN – will be streamed live across The Pride of Britain’s social media platforms and can be watched on Facebook and YouTube.

Packed with inspirational winners, emotional moments and amazing celebrity surprises, the special ceremony – which is hosted by Kym Marsh – is set to be the perfect pick-me-up during these difficult times, and will also see the courage and dedication of frontline NHS staff during the pandemic honoured.

There will be no shortage of famous faces either, with everyone from Little Mix to Olly Murs set to make an appearance and celebrate the winners.

The ceremony is due to begin at 7pm BST.

Here are this year’s set of inspirational individuals who will be honoured this evening.

Isabella Hibbert – a courageous youngster from Oldham, who was just four at the time – managed to find and unlock her Mum Chelsea’s phone to called 999 for an ambulance after she collapsed and fell unconscious on the kitchen floor.

The young hero – who is now six – was able to give the call handler her address so that they could send help.

She also clearly answered questions asked by the handler, such as “is your Mummy breathing?”, and “is your mummy awake?”.

She then dragged her chair from the living room to the front door, so she could reach the keys to open it for the paramedics, before ringing her Grandmother – again on Chelsea’s phone – to tell her what had happened.

Chelsea, 29, was taken to hospital and has since made a full recovery.

Katie Holmes has cerebral palsy, but refuses to let her condition define her.

Her condition was caused by a bleed on the brain when she was born prematurely at 28 weeks, and since then, she has had to undergo five major operations to help her walk. She currently has metal rods in her legs and also uses sticks for support, but “selfless” Katie has dedicated her time to help raise money to help others.

She has taken on several challenges – including the Great Manchester Run – to help pay for her ongoing physiotherapy.

This year, she is running 2k to raise funds for the Stockport Cerebral Palsy Society.

Luchia has been a trailblazing campaigner for LGBT and women’s rights for 60 years.

She arrived in the city from her native Ireland as a teenager in 1961 after she had fled a physically and emotionally abusive upbringing with her grandmother – who beat her after she found out she was gay – and then found refuge at the New Union Hotel.

She was one of the founders of the first women’s refuge outside London, and helped organise a monumental march against Clause 28 in the 1980s. The 73-year-old is now chair of Irwell Valley Homes residents group, and she advocates for the LGBT community – in particular for older LGBT people – whose needs are overlooked in housing and care planning.

She said: “I was shocked and overwhelmed to win the Pride of Manchester Award.

“Experiencing such misery in my youth is what drove me to make a world a better place.”

Paul Redfern leads a group of lifesaving bikers – Blood Bikes Manchester – who deliver vital blood supplies where they are most urgently needed to hospitals.

He set up the group 2012 after losing his right leg in a serious motorbike accident aged 18 and having his life saved by an emergency blood transfusion. Last year, his team of volunteers saved local NHS and hospice services around £340,000 after completing 18 emergency runs, 564 urgent runs, and 680 non urgent and routine sample runs on their bikes.

Paul said he was “delighted” with his award.

Fundraiser of the Year

Retired Jim – who worked as Head Gardener for the Bishop of Salford – has been performing in pubs and clubs for more than half a century, and over the past 25 years, he has put out a collection box during his shows at hundreds of venues across Greater Manchester and beyond.

In that time, delighted audiences have donated more than £200,000.

10-year-old Joseph Hibbert from Cheadle Hulme has raised more than £32,000 for Royal Manchester Children’s Hospital since he was just three, and hopes to raise another £10,000 when he and his friends climb Kinder Scout – the highest point in the Peak District – next year.

His Mum Shelley said: “It’s been a difficult few months with the pandemic, but I do think that doing good inspires other people to do good things too”.

The 22-year-old convinced government ministers to make the u-turn on plans to end free school meals over the summer, which resulted in around 200,000 disadvantaged children being able to access food and support during the break.

He continues to speak openly on the urgent issue on social media and in various media appearances.

She bravely spoke out after Operation Augusta – a widespread investigation into a suspected grooming network – was dropped in the mid-00s, where eight of the potential suspects went on to rape or abuse other women and girls. In January this year, Maggie was vindicated by a damning independent review – which found police and social services knew girls were being abused, but failed to protect them – and that Operation Augusta had been shut down, because police were not prepared to commit resources to it.

Speaking of her award, Maggie said: “After all the doom and gloom it was much needed.

“I was totally overwhelmed and it feels fantastic to be appreciated with this award.”

GP Gerry O’Shea has been treating homeless people in the city for more than 20 years.

He does so from The Urban Village medical practice in Ancoats, where around 750 homeless patients have registered there, using the address of the practice.

Mayor of Greater Manchester, Andy Burnham, said: “Gerry took a decision to open his surgery to people who are homeless here in the city of Manchester. He gives them help, vital healthcare, support to get off the street, but more than that, treats them with dignity and respect.”