The snack food brand expects this new creation will "spark further conversation", as the biscuit or cake debate continues. 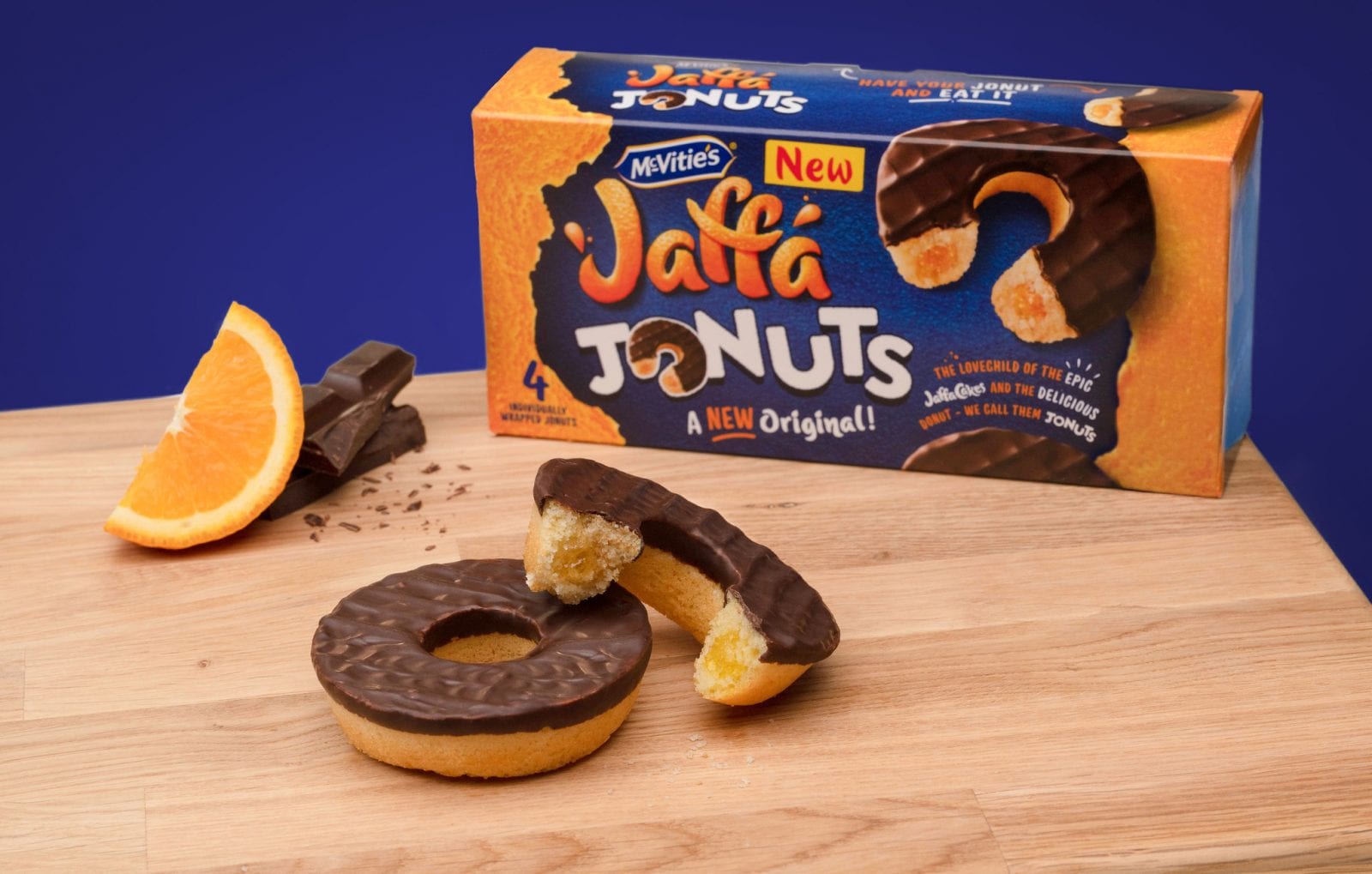 If the ongoing debate as to whether a Jaffa Cake is actually a biscuit or a cake wasn’t enough as it is, McVitie’s is about to throw another spanner in the works.

The iconic snack food brand is launching a twist on the Jaffa Cake in the form of a doughnut next week.

You heard that right.

The latest variation of the 94-year-old British classic – a Jonut – is a doughnut-shaped ring of sponge with the staple orange-flavoured filling and a dark chocolate coating, and McVitie’s bosses have already admitted that they expect the new creation to “spark further conversation” as the debate continues.

The launch of Jonuts follows the introduction of Jaffa Cake bars and mini rolls, as well as flavour variations of pineapple, cherry and passion fruit alongside the original orange.

McVitie’s first introduced the Jaffa Cake – named after Jaffa oranges, and containing a simple combination of sugar and tangerine oil to form the sealed layer of jam in the middle – all the way back in 1927, and ever since then, Brits have been debating whether the sweet treat is a biscuit or cake.

In 1991, the biscuit brand successfully managed to argue that the treat – which has been regularly voted among Britain’s favourite biscuits – are in fact cakes and therefore exempt from VAT, but a later tribunal then determined that, while certain characteristics of the Jaffa Cake were cake-like, including the ingredients and texture, it was also the size and shape of a biscuit, and packaged and sold alongside biscuits.

This means that it’s presented to be eaten with your fingers, and not with a fork like cakes are generally consumed.

So, who really knows.

“We’re excited to offer a new twist to our fans, as the fusion between Jaffa Cakes and doughnuts brings an exciting and original taste experience to those who love a treat”.

McVitie’s Jaffa Jonuts will be on the shelves at Tesco stores up and down the country from 16th May, and other retailers from the end of June, and will be either sold in boxes of four for around £1.99, or in individually-wrapped single packs for 60p.