Laura Nuttall has been making her way through her bucket list after being diagnosed with an aggressive and incurable form of brain cancer in 2018. 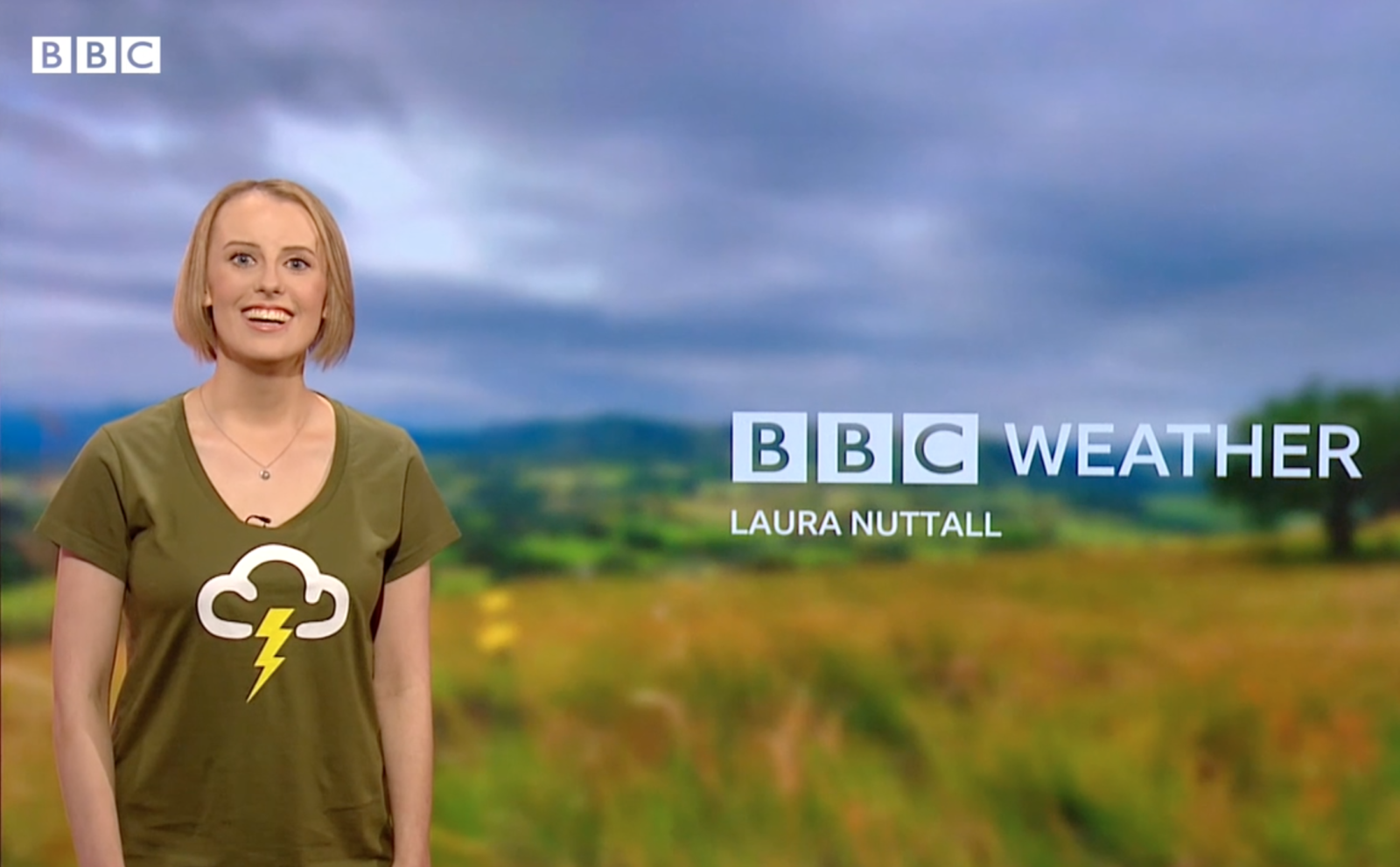 A terminally-ill Northern girl has achieved one of the dreams on her bucket list this week by getting to present a BBC Weather forecast.

22-year-old Laura Nuttall, from Barrowford in Lancashire, was diagnosed with Glioblastoma Multiforme – an aggressive and incurable form of brain cancer – following a routine eye test back in 2018, and was told she only had around 12 months to live after she was found to have eight tumours.

Since her diagnosis, Laura has bravely endured a craniotomy to remove the largest tumour, been through a gruelling programme of radiotherapy and chemotherapy, and has regularly travelled to Germany for innovative new immunotherapy treatment.

Laura’s shock diagnosis initially led to her leaving university in London to concentrate on treatment and ticking items off her bucket list.

After responding so well to the immunotherapy treatment, Laura was able to restart her studies, this time a little closer to home at The University of Manchester, and grabbed headlines last week as she graduated with a 2:1 degree in Politics, Philosophy and Economics, and was able to celebrate with her mum Nicola, dad Mark, and sister Grace proudly watching on.

But despite all these achievements, she wasn’t done with her bucket list just yet.

Meeting former First Lady Michelle Obama, commanding a Royal Navy ship, and taking legendary Bolton Peter Kay to the pub for drinks are some of the things Laura has been able to tick off her bucket list over the last few years, but she still had her sights set on her weather presenter dreams.

This week, those dreams came true, as she was invited to the BBC studios in Salford to present a weather forecast on BBC North West Tonight alongside resident weatherman, Owain Wyn Evans.

In a clip shared by the broadcaster to Twitter, which has since been racking up thousands of views, Owain spoke to Laura backstage as she was having her makeup done in preparation for the broadcast, asking her: “How are you feeling about doing your first weather forecast?”

Laura replied that she “can’t wait” and was “looking forward to it”.

Owain then revealed that he had a surprise for Laura, and told her that they would be sharing the weather-presenting slot and would swap places so that she could speak about the pressure chart and what the public can expect on Wednesday.

Laura’s name also appeared on the monitor set to air on TV underneath ‘BBC Weather’.

While she looked a little nervous in one of her first takes, Laura then calmly-read off the teleprompter while rehearsing for the final go – and went on to deliver her live report like a true professional.

She then signed off with a huge smile on her face, telling viewers: “That’s the weather from me.”

Owain later praised Laura’s performance, and took to Twitter to say: “Laura, you’re amazing. So wonderful to have Laura on BBCNWT yesterday doing our weather [and it’s] currently most watched on the BBC News website, which is just fabulous.”

As well as making her way down her bucket list, Laura is also working as an ambassador for The Brain Tumour Charity, continues to help out in her community, raise awareness of brain conditions and the work being done at the University of Manchester.

She has also recently joined the board of OurBrainBank – a charity that’s working to make glioblastoma change from being terminal to treatable.