The new pregnant man and pregnant person emoji mark attempts to increase the diversity of emojis by showing that people of any gender can be pregnant. 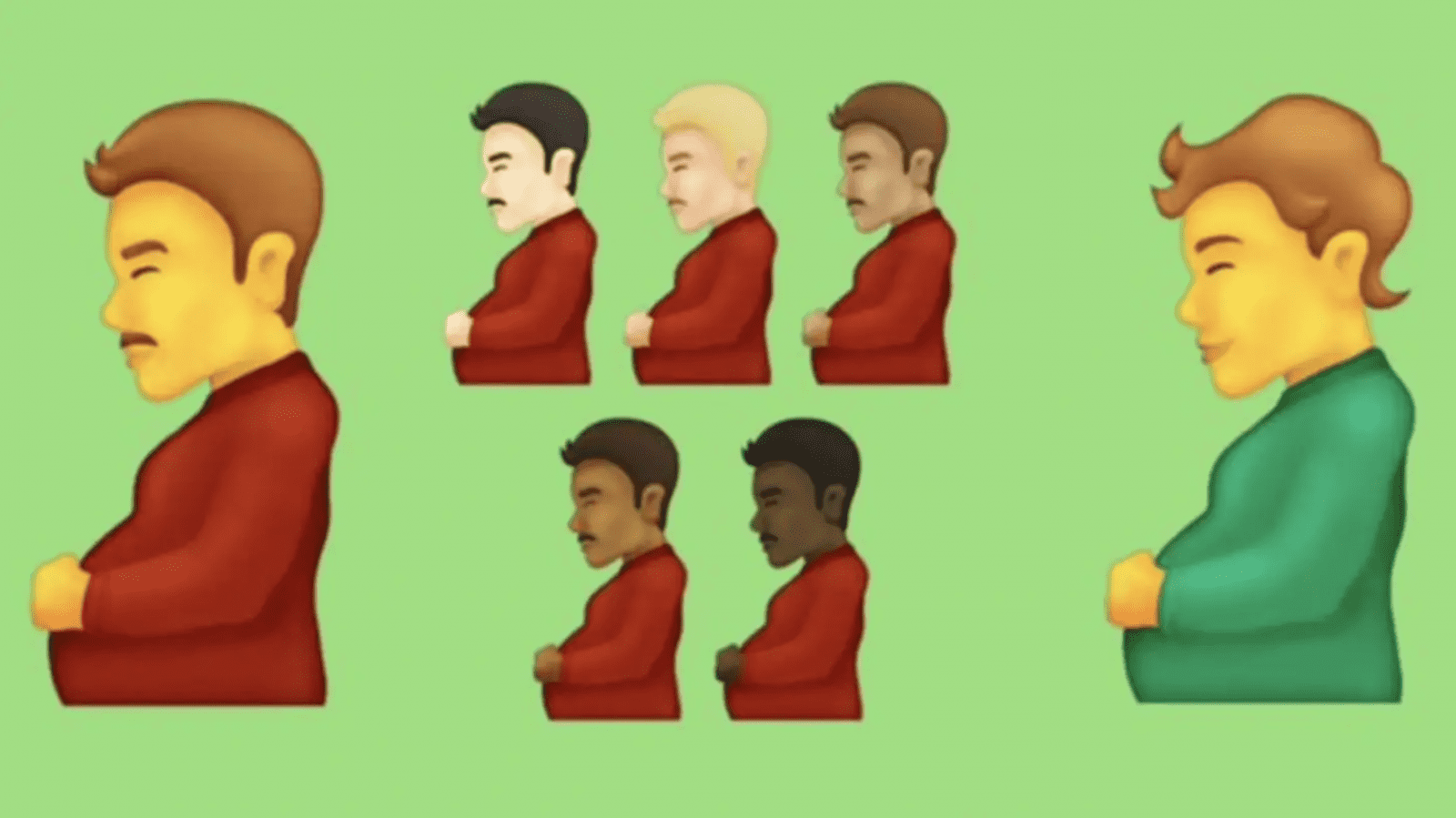 A pregnant man emoji is among the collection of new emojis coming in the next smartphone and devices update.

Unicode has officially signed off on a set of 37 new emojis.

After the idea of a pregnant man emoji was first discussed back in July, there was a lot of debate online around whether it should be allowed, with Emojipedia explaining in its proposal how pregnancy or childbirth shouldn’t be confined to one gender just because women have the ability to grow a child.

“One’s sex does not dictate the capacity to care for children in the home or work in the market,” it said in a report.

“In the same way sex equality law has aimed combat harmful sex stereotypes, there are a great deal of parallels regarding how one’s sex does not dictate the capacity to cary children. This is not a new phenomenon.

“Pregnancy has been indiscriminate of gender throughout history but it is only now being formally recognised.”

Those arguing against the decision to introduce the emojis used the British Medical Association’s (BMA) advice for everyone to use the term ‘pregnant person’ instead of pregnant woman.

“Although ‘a large majority of people who have been pregnant or have given birth identify as women’, there are intersex men and transmen who get pregnant,” Emojipedia said.

They also referenced Harvard law professor Jessica Clarke, who suggests “law could see pregnancy not as something that only happens to women’s bodies, but also as a bodily condition experienced by people who do not identify as women”.

Additional new emojis include hands making a heart shape, someone biting their lip, faces melting, saluting, holding back tears, and peeking out between their fingers, and so many more.

The vast majority of emojis available will also be able to be presented as a man, a woman, or gender neutral.