The new 'Crème Caramel Crisp' will only be available in participating John Lewis stores. 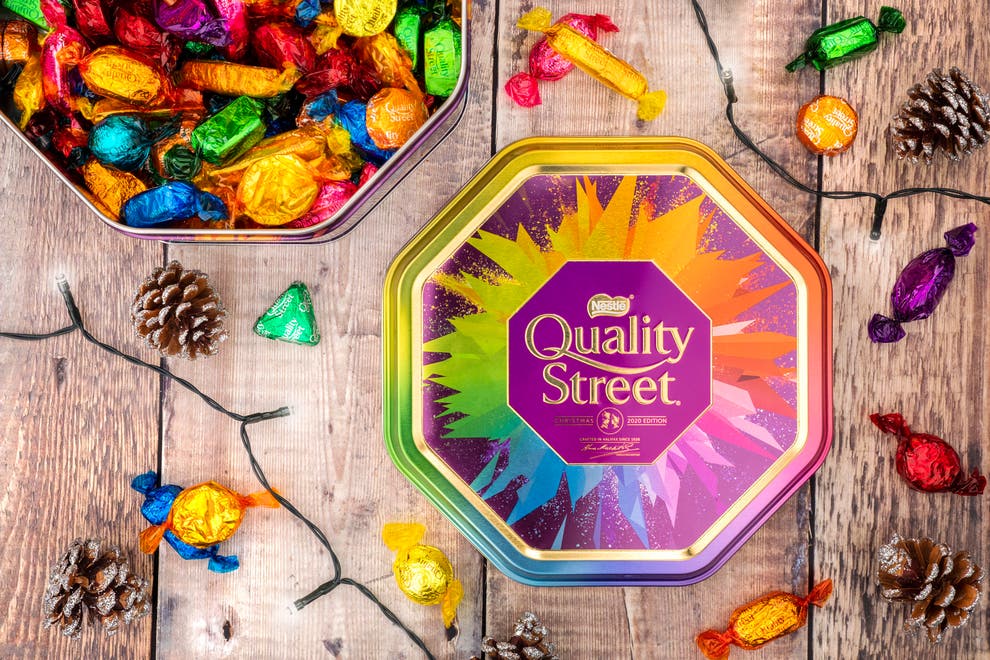 Quality Street has been a festive favourite in households across the UK since 1936.

But for the first time ever in the brand’s 85-year history, a new chocolate is being added to the iconic selection tins and pick n mix stations just in time for Christmas.

The new ‘Crème Caramel Crisp’ – which will only be available in participating John Lewis stores – has an indulgent crème caramel flavour, which is perfectly -complemented by crispy biscuit pieces and coated in milk and white chocolate.

Not only is it the first new addition to the collection, it’s also the first Quality Street sweet to feature white chocolate.

As the much-loved Quality Street pick n mix stations return to John Lewis stores across the UK again in 2021 following a year-off due to the COVID pandemic, chocolate lovers will be able to create their own bespoke collection of favourites from the 12 delicious sweets in this year’s assortment, or personalise their own collector’s tin – which has been specially produced for John Lewis.

Customers also have the option of refilling previous John Lewis Quality Street tins if they prefer.

The new Crème Caramel Crisp will be available to try from 17 John Lewis stores across the UK.

Cat Mews – Brand Manager at Quality Street – said: “We know how much people missed our pick and mix stations at John Lewis last year, so we are delighted to announce that they are back for 2021. It’s a landmark year for Quality Street as the brand turns 85, and we’re celebrating our return to John Lewis with an exclusive new sweet and a beautifully designed collector’s tin that shoppers can personalise with a name of their choice.

“Best of all, you can tailor the contents exactly to your liking, whether that means nothing but purple ones, a tin full of toffees or a feast of fruit crèmes.

“With all this, plus the delicious new Crème Caramel Crisp sweet to try, we think this year’s Quality Street pick and mix stations will be a bigger hit than ever.”

Lisa Cherry – Christmas Buyer at John Lewis – added: “Launching the first ever Quality Street sweet featuring white chocolate is so exciting and we can’t wait to hear what our customers think of this new and exclusive flavour.

“It’s just one of the ways we are hoping to make more magical moments for our customers this Christmas.”

The pick n mix station at John Lewis’s flagship Oxford Street store has already opened, and other participating stores – including two right here in Greater Manchester – are set to follow suit from the end of this month.

John Lewis stores at the Trafford Centre and in Cheadle will both be taking part.