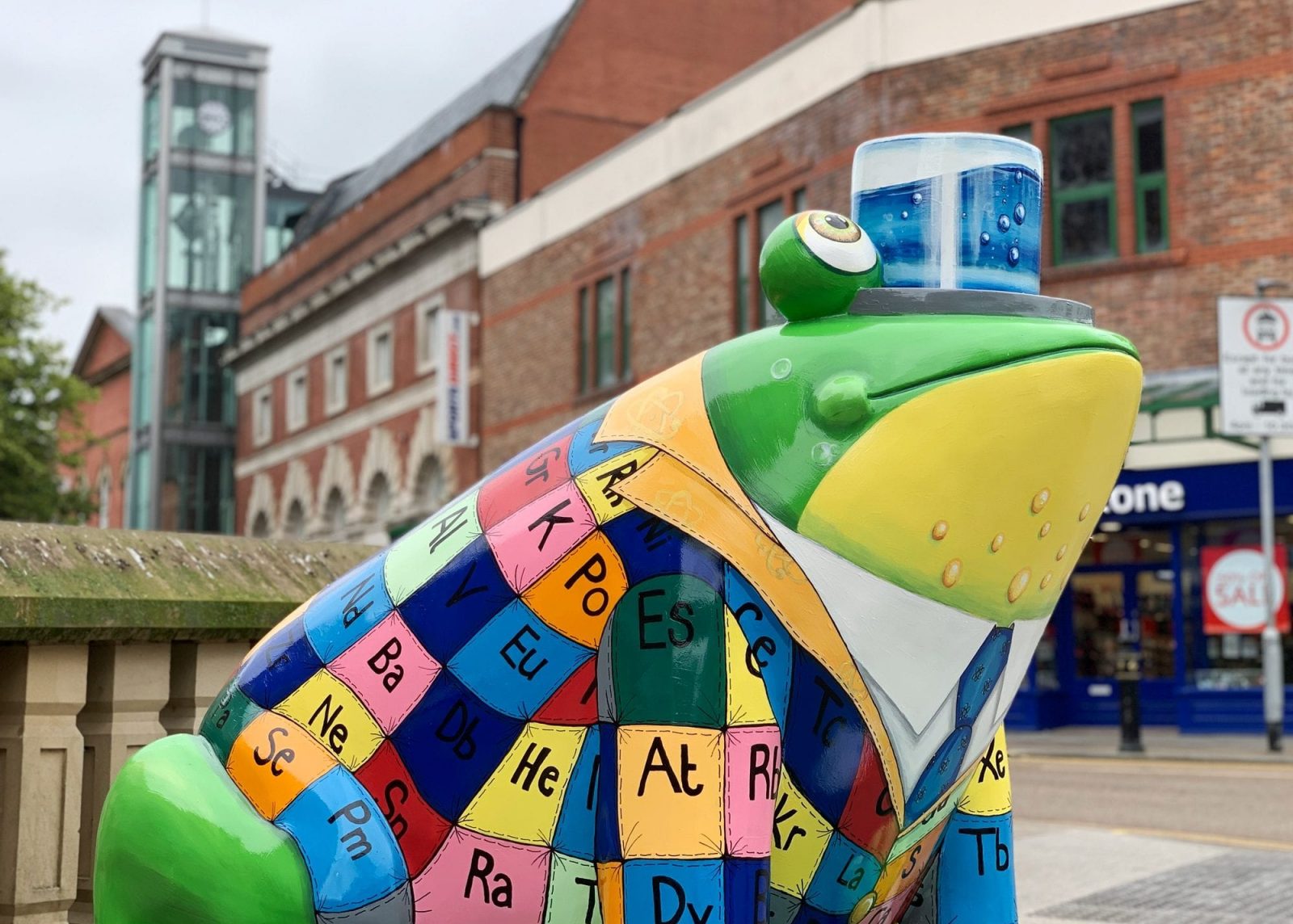 Stockport is getting ready to leap back into action this summer as the fan-favourite frogs are set to hop to the town centre once again.

With an “irreversible” roadmap for lifting lockdown now in place, the Greater Manchester borough is hoping that the return of its gigantic multi-coloured frogs will help to see in the post-pandemic era and welcome visitors back to the town centre.

The town first welcomed the amphibious attractions two years ago.

Organised by Stockport’s Business Improvement District (BID) – branded as Totally Stockport – the Giant Leap Frog Art Trail attracted thousands of visitors from across the region, and children of all ages had great fun seeking out all 19 giant frogs.

This year though, as Stockport looks to “build back better”, there will be even more of them.

This summer’s Gigantic Leap Frog Art Trail will see 21 brand-new gigantic frogs hopping into, not just the town centre, but also to locations throughout the whole borough.

Paul Taylor – Manager at Stockport BID – has admitted that he is delighted the frogs will once again be on display in the heart of the town, adding: “To say it’s been a difficult 12 months for everyone is the understatement of the decade,

“Having worked so hard over the past four years to promote all the great changes taking place here and encourage more people to visit the town centre more often, it’s been heartbreaking to see so many businesses forced to close during lockdown and the centre all but deserted, but it’s time to plan for the reopening,

“And what better way than with another brilliant trail that’s even bigger and better than before”.

Councillor David Meller – Cabinet Member for Economy and Regeneration at Stockport Council – has also hailed the return of the frogs, adding: “I’m delighted that the frogs will be leaping back into Stockport.

“They certainly got everyone talking when they were last here, with people visiting from across Greater Manchester.

“The fact that they will be seen throughout the borough for even more people to enjoy is even better and will, we hope, get people hopping around the borough to sample everything we have to offer.”

In 2019, the trail boosted footfall in the town centre by nearly 20pc over the summer, while the auctioning of frogs raised more than £30,000 for the Tree House Children’s ward at Stepping Hill Hospital, and this year, local businesses will have the opportunity to get involved and sponsor a frog – with all proceeds being donated to St Ann’s Hospice.

This year’s Giant Leap Frog Art Trail will run from July to September, and more details will be revealed soon, so keep your eyes peeled.

Know a business, group or initiative interested in sponsoring a frog this year? You can contact [email protected] for more information.

Further announcements ahead of the frogs’ arrival can be found here.