Manchester Flower Show is aiming to "bring a buzz back to the city centre" as lockdown lifts. 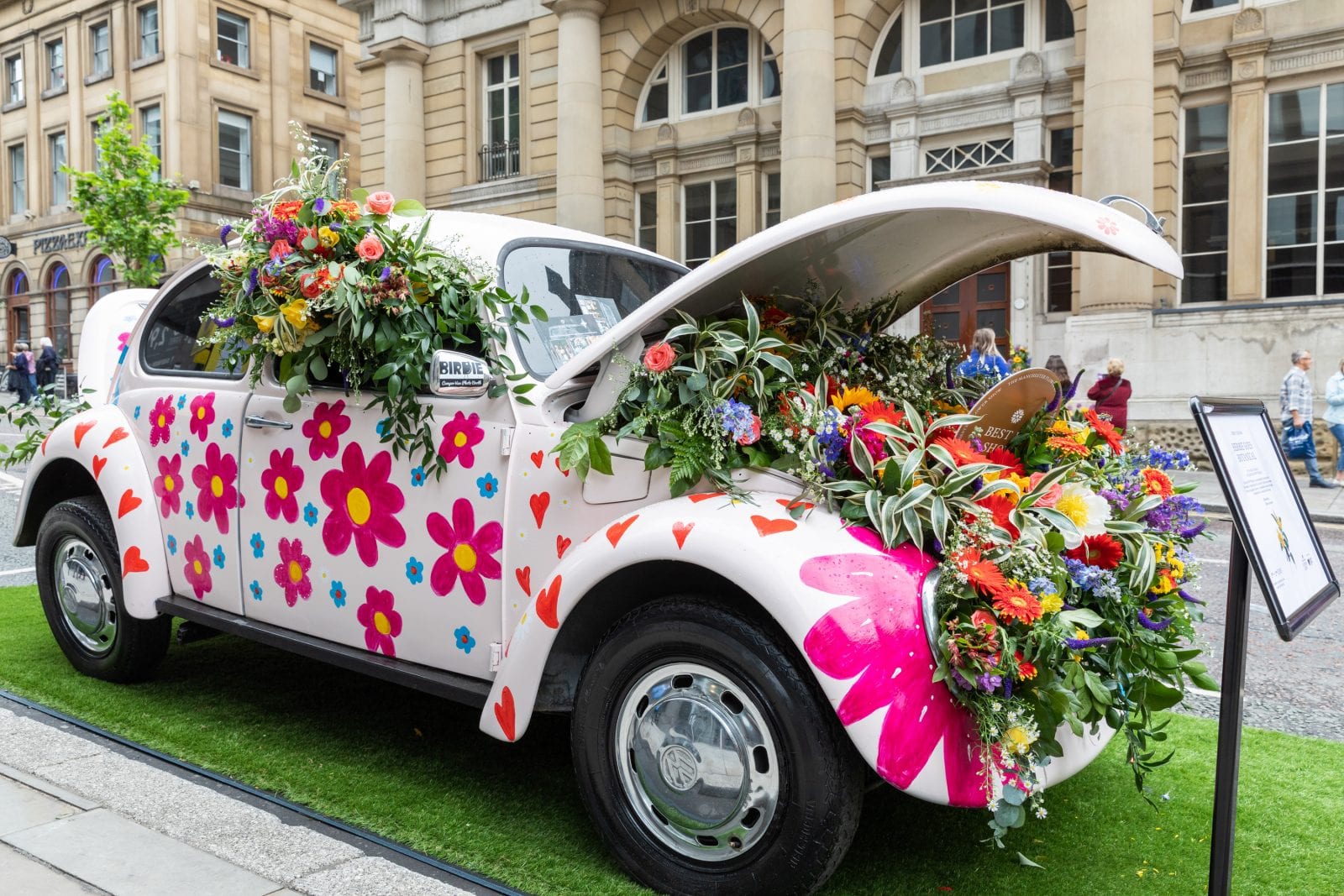 As lockdown restrictions begin to lift, the streets of Manchester will, quite literally, bloom back into life.

The Manchester Flower Show is returning to the city centre once again.

It’s been confirmed this week by CityCo and Manchester Business Improvement District (Manchester BID) that the colourful spectacle – which last took place in 2019 and saw the streets filled with floral installations, including pop-up gardens and vintage cars overflowing with blooms – is back for 2021, after what has been an undoubtedly challenging year.

Organisers have said they hope the event will “help to green the streets” and support businesses as everyone gets back on their feet.

“We aim to bring a buzz back to the city centre.” CityCo and Manchester BID said.

“We want to encourage people to rediscover the city centre in a COVID-safe way and welcome residents, workers, customers, clients, shoppers, eaters, drinkers and culture lovers with a smile”.

The revival of this historic spectacle – which first started life as the ‘Manchester Flower and Produce Show’ in the 1950s in Platt Fields Park, before returning in 2018 – is set to be a celebration of the city.

So, what’s on the cards for this summer’s event then?

CityCo and Manchester BID are also keen to roll out the event right across Manchester this year, and are encouraging local businesses to get involved where they can.

“It’s all about a collective effort,

“Big things, small things, all coming together to cover as many areas of the city with greenery and colour.

“The more people get involved, the bigger the impact”.

Applications to participate in this year’s event are open until 1st April, and any local businesses keen to take part can find out more via the CityCo / Manchester BID website here.