Frurt has been a staple part of the Manchester food and drink scene for more than 10 years. 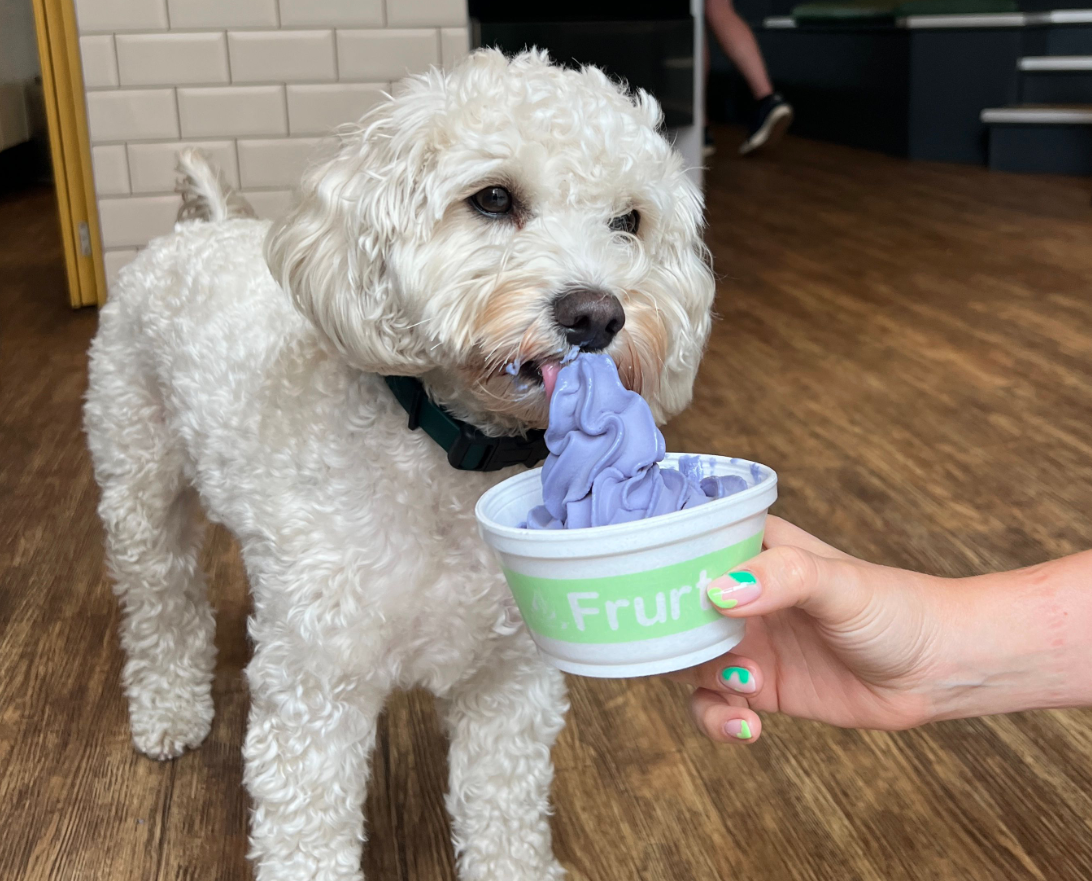 A handful of dessert parlours across Greater Manchester are serving up frozen treats for dogs all summer long.

With summer now officially here, and much of the country being blessed with glorious sunshine and warm weather over the past week, it’s no wonder so many of us are looking to cool down with an ice cream or frozen treat – but as most pet owners know, it’s not just us we need to be thinking when the heat arrives.

Those of us with a four-legged friend in our lives are always on the look-out for the best way to keep our pets cool during the summer.

And one local frozen yoghurt dessert parlour is thankfully giving us a helping hand with that.

A perfect pit-stop on a dog walk or to keep out of the sun, Frurt has been a staple part of the Manchester food and drink scene for more than 10 years now, and while it’s known for its wide selection of frozen yoghurt and dessert options for humans, there’s also plenty of options for hungry pups to choose from.

Founded back 2010 with a passion to create the perfect frozen yoghurt, Frurt has managed to create a delicious and healthy treat for everyone to enjoy.

The dessert parlour chain focuses on crafting recipes that cater for its wide customer base, and only uses the finest ingredients.

With five locations across the region – including two stores right here in Manchester city centre – and several award wins to its name, Frurt has a range of dairy-free frozen yoghurt options that are all dog-friendly.

Some of the stand-out summer flavours include refreshing mango and lemon sorbets.

If you really want to pamper your pup and treat them like they deserve, there’s even a range of different fruit toppings to add on as well.

Of course, for Frurt’s human guests this summer, there’s an even more exciting line up of treats to tuck into – with cakes, bubble tea, smoothies, thick shakes, and vegan options all on the menu, as well as its popular lineup of fro-yo flavours.

You can pop into Frurt on Peter Street and Whitworth Street West in Manchester city centre, or any of its three self-serve stores in Prestwich, Bolton, and Blackburn, this summer.