Back to the Garden Childcare's "all-seasons exploration space" aims to show what post-COVID learning can look like. 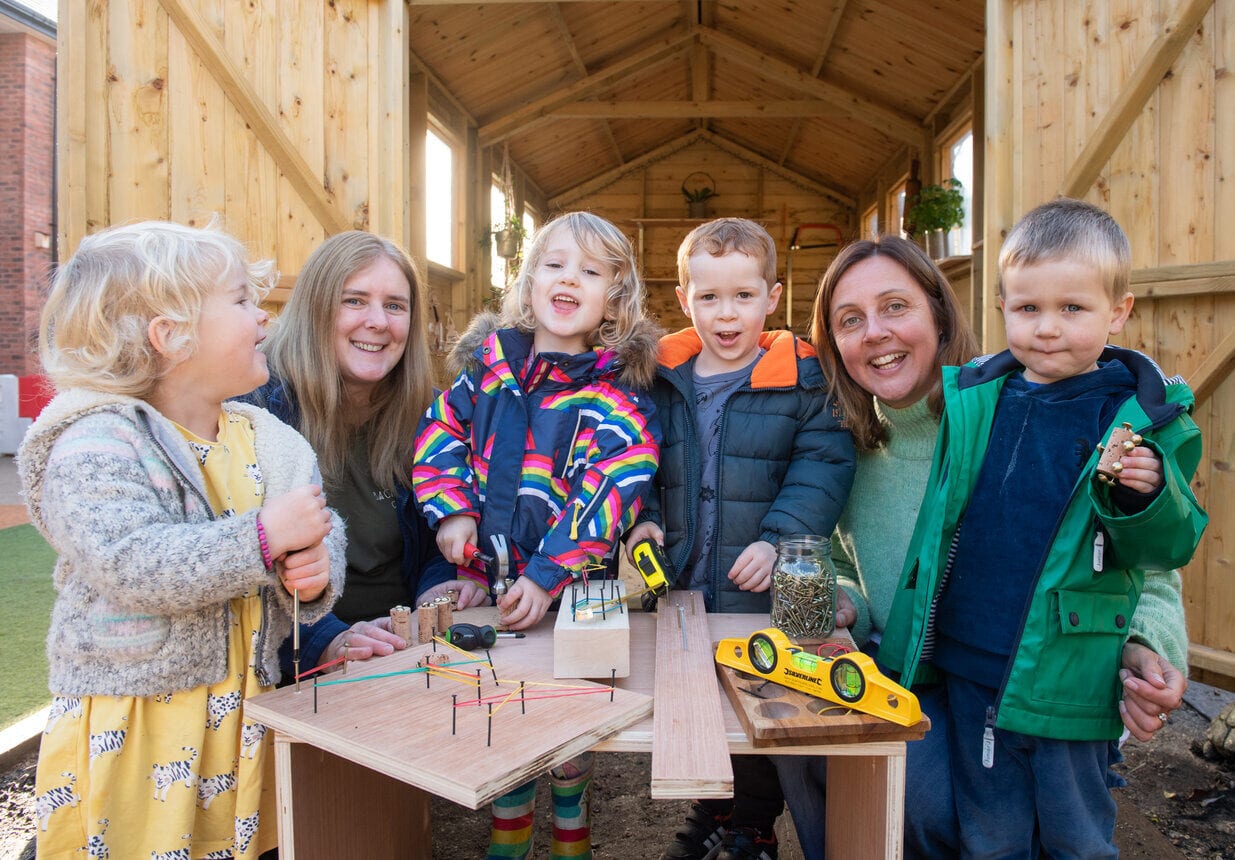 One Altrincham nursery is leading the way in post-COVID childcare with the launch of an innovative new outdoor classroom.

The “all-seasons learning and exploration space” has opened up at Back to the Garden Childcare.

Organic child-led learning in the great outdoors has always been very firmly at the heart of the Broadheath nursery, with the care providers committed to delivering a natural approach that’s based around letting the kids spend as much time as possible within nature.

But in light of the ongoing coronavirus (COVID-19) pandemic, and with more childcare professionals and schools embracing an outdoor-based learning approach for the immediate future, the nursery has invested heavily in its already beautiful outdoor space.

The spectacular new site is setting standards in the early years education field.

Anne Statham – Curriculum and Training Development Consultant at Back to the Garden Childcare – said: “We’ve always believed that some of the best and most natural learning takes place outdoors, and with current concerns about limiting the spread of the coronavirus, we have redeveloped our beautiful tepee, potting shed and garden space transforming it into a wonderful outdoor classroom and safe place for the children to learn and play.

“In the current climate, outdoors is the safest place to be – the risk of transmission of the virus is much lower and it is easier to put social distancing measures in place.

“Being outdoors is fundamental to our values and we have really made the most of our beautiful outdoor space to embrace a new way of learning and playing that is unique and very special to us at Back to the Garden.”

The outdoor classroom comprises three distinct areas – the tepee, the potting shed and the garden.

Previously a much loved space for storytelling and regular yoga and wellness activities, the tepee has now become an engaging area for the little ones with the addition of a projector and soundbox that enables the children to enjoy light projections and learning experiences with external visitors who would usually come into the nursery – such as its key partner The Whitworth Art Gallery in Manchester – and a sensory soundscape with things to watch, smell and touch for the babies.

The tepee is completed with the introduction of a fantastic apothecary-style Wunderkabinett, with lots of little drawers in which to store the children’s natural treasures and loose parts collection of sticks, logs, pebbles and pipes.

Back to the Garden’s potting shed has taken on a new role as a space for woodworking, creating and natural crafts, where the children can explore the different effects of hammering, screwing, sanding, and general making and fixing.

Jeannie Pickering – Founder at Back to the Garden Childcare – added: “Our all-weather outdoor space really is an incredible asset that underlines and reinforces the wonderful natural ethos of our nursery and provides us with an enviable organic space in which we can interact, learn, discover, be creative and let the children physically challenge themselves and we look forward to delivering a creative and natural curriculum in this space.

“This is just the beginning for our outdoor classroom project, and we are excited to follow the progress of the children as they explore the new spaces.

“When restrictions allow, we will combine the outdoor classroom with regular visits to our favourite local outdoor spaces for further natural forest school learning experiences such as den building, nature bingo and treasure collecting to find natural materials that we can bring back and use within the nursery setting.”

For further information, or to make an appointment to view the nursery, you can call Back to the Garden Childcare on 0161 537 7999, or the website here.