The machine is designed in a shape that gives the feel of real human hands. 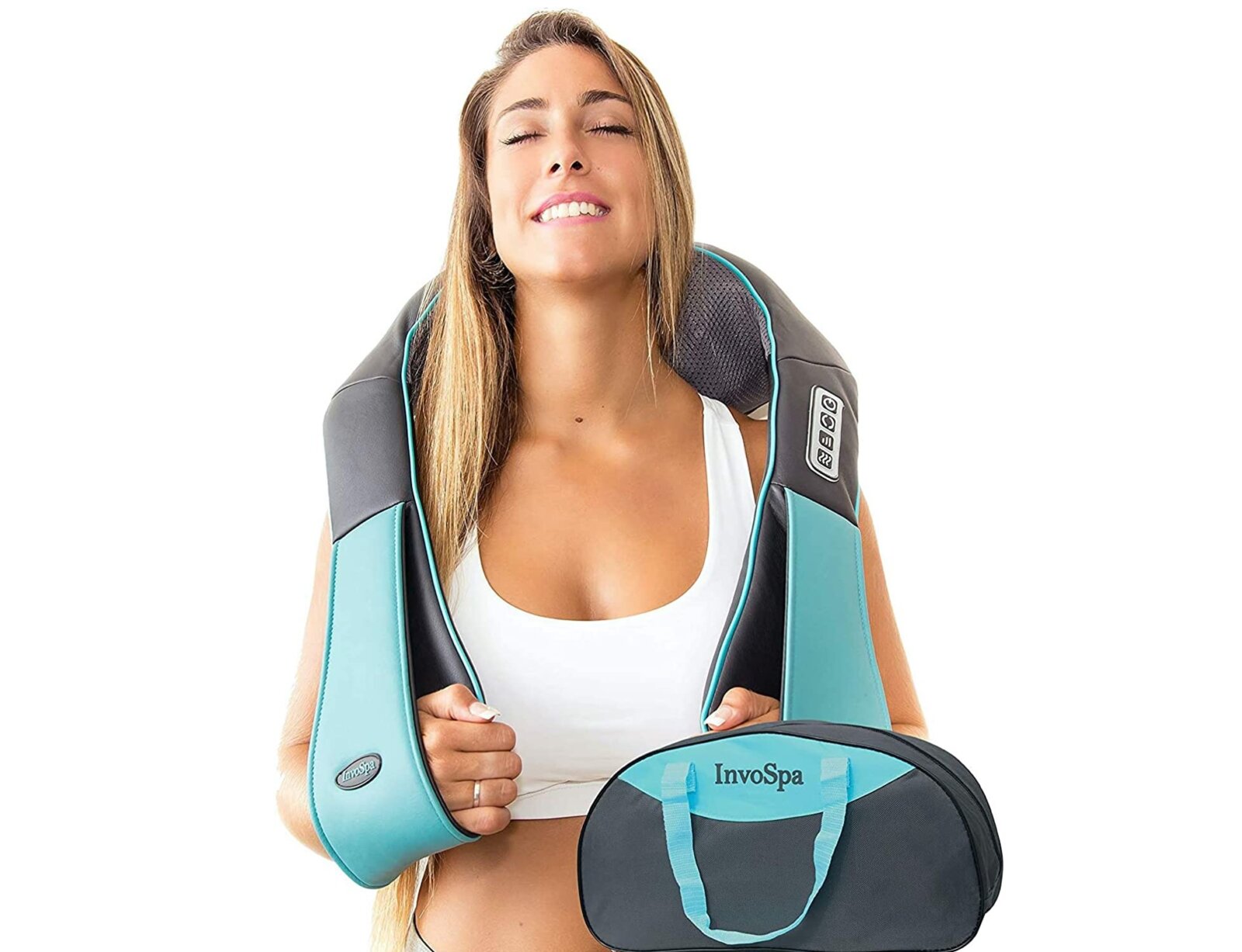 We’re now 12 weeks into lockdown amid the coronavirus (COVID-19) pandemic and if there’s one thing we can be near enough certain on, it’s that we’ve probably spent more hours sat down than we ever have before.

Whether you’re working from home and have had to adjust to the life of a bedroom office, have taken on the role of home-school teacher sat at the table all day, or have perhaps become a professional Netflix binger, uncomfortable and unnatural seating positions have likely lead to a build-up of tension.

And of course, we can’t go and get a massage can we? Who knows when we’ll be allowed that luxury again.

Luckily, we’ve discovered a back, neck and shoulder massage machine on Amazon and it looks set to sort out all those aches and pains.

The InovaSpa Shiatsu 3D Kneeding Massager sits firmly on the Amazon ‘Best Seller’ list, aims to “release stress, relieve sore muscles and help you relax” and is designed in a shape that gives “the feel of real human hands”.

According to the product description on Amazon, this massager comes with four big nodes and four small nodes, which are designed to provide deep tissue massages on your neck, shoulders, upper back, lower back, waist, foot, tights, calves, legs, feet and arms.

It has three speed strength levels that allow you to get the right and appropriate amount of pressure to relieve your muscle pain.

The built-in bi-directional movement control helps to mimic the motion of in-person massage experience. The machine will auto-reverse each minute for better distribution of massage effects and also uses infrared heat to ease muscle tension, stress and promote blood circulation.

The InovaSpa Shiatsu 3D Kneeding Massager comes with a wall power adaptor and a car charger which means you can have an electric self massage in your home, office or even your car when travelling.

It also comes with durable carry bag to take with you anywhere like.

It’s retailing on Amazon at £42.47 + postage/packaging and has a multitude of positive 5* reviews from plenty of satisfied customers, so if you’ve been wondering whether it’s worth the buy or not, have a read of a few of those to help make you’re mind up.

It’s also listed as an ‘Amazon’s Choice’ product and is eligible for Amazon Prime delivery perks too for those subscribed to the service.

If you’re in need of a bit of self-care that just can’t wait until until after lockdown, then you can get the InovaSpa Shiatsu 3D Kneeding Massager from Amazon here.