Figures for the North West reveal an astonishing reaction to remote working - with a quarter working longer days than pre-COVID times and finding it difficult to find time for themselves to wind down or destress. 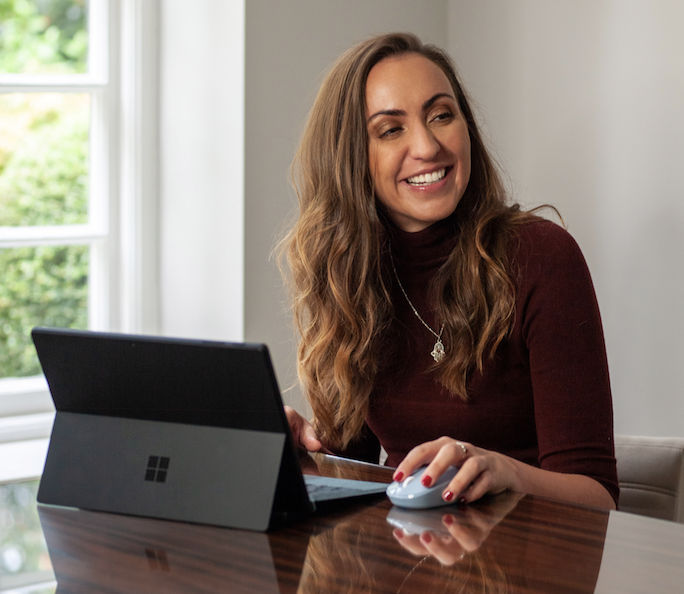 The move from the office to a work from home basis has not been without its problems.

From failing WiFi signal, to interrupted zoom calls, to the dog barking in the background, the adjustment has been fraught with pesky difficulties.

For the most part, we’ve managed to navigate them without any serious consequences. But what’s worrying experts is the role home working has played in our nation’s ‘digital health’: how we use technological devices and what patterns of use we follow.

New research from Microsoft Windows has revealed that lockdown has contributed to declining digital health in 2020.

Figures for the North West reveal an astonishing reaction to remote working – with a quarter working longer days than pre-COVID times and finding it difficult to find time for themselves to wind down or destress.

Again, one in four of those surveyed reported that they continued to check their devices throughout the night with 8.2% not taking any breaks from their screens during the working day.

Over half of the North West admitted to spending more time online than last year, with one in five British men confessing to greeting colleagues and friends online before their partner in the morning.

With lack of defined lunch and coffee breaks, and the absence of social interactions for a quick office catch up, a decline in digital health seems almost inevitable. But with unclear plans on returning to the office, remote working is something we will have to become accustomed to.

Leading UK psychotherapist Zoe Ashton, author of Your Mental Health First Aid Kit said: “Just like the crucial role of diet, exercise, sleep and relationships to our overall health, digital health is the fifth pillar we have to consider in our journey to improve our overall mental and physical wellbeing.

“Our world has changed more in the past 12-months than it has in the past five years and for many of us, our new reality has left us feeling overwhelmed and off balance.”

Just like a balanced diet, your digital use also needs to be varied. Score yourself daily from 1 (lowest) to 10 (highest) on how energised, productive, connected and relaxed you feel. If you are at the low end of the scale, use your technology in ways that create energy and make you focused. This may be silencing notifications, and regaining balance. Treat your digital health as a sliding scale and use your technology to help you achieve harmony.

Place limits on how late you respond to work emails, or the amount of time you spend on social media per day. Separate your work life from your home life. This can be done by creating two different desktops for work and personal use.

Do you have lunch in front of your laptop or wake-up reaching for your phone? What digital patterns do you notice throughout the day? How do they make you feel and what would you like to change? Begin to note down these unhelpful behaviours and consider how you might be able to change them. Think about reaching for a warming tea first thing, rather than your phone. Create reminders to scrap these bad habits.

Consider your physical and digital wellbeing as one and the same. Move your body regularly allowing it to refresh, as you would your browser. You could take advantage of some of the online classes Microsoft 365 have to offer.

Mindfulness is a simple practice of choosing where your energy is directed. If you are scoring on the high end of the aforementioned scale, use your energy and channel it into something creative. This might be digital doodling. Use the night light settings on your phone to do an evening sketch, transitioning you from an invigorated work mode into a relaxed state of mind.

With over 20% of Brits unsure what good digital health boundaries look or feel like, this checklist should assist in identifying and acting on bad digital health patterns.

“We need to take a deeper look at our overall relationship with tech so that we can feel fulfilled by it consistently – truly making it work for us,” Zoe added.