Lockdown really has been tough for everyone it seems. 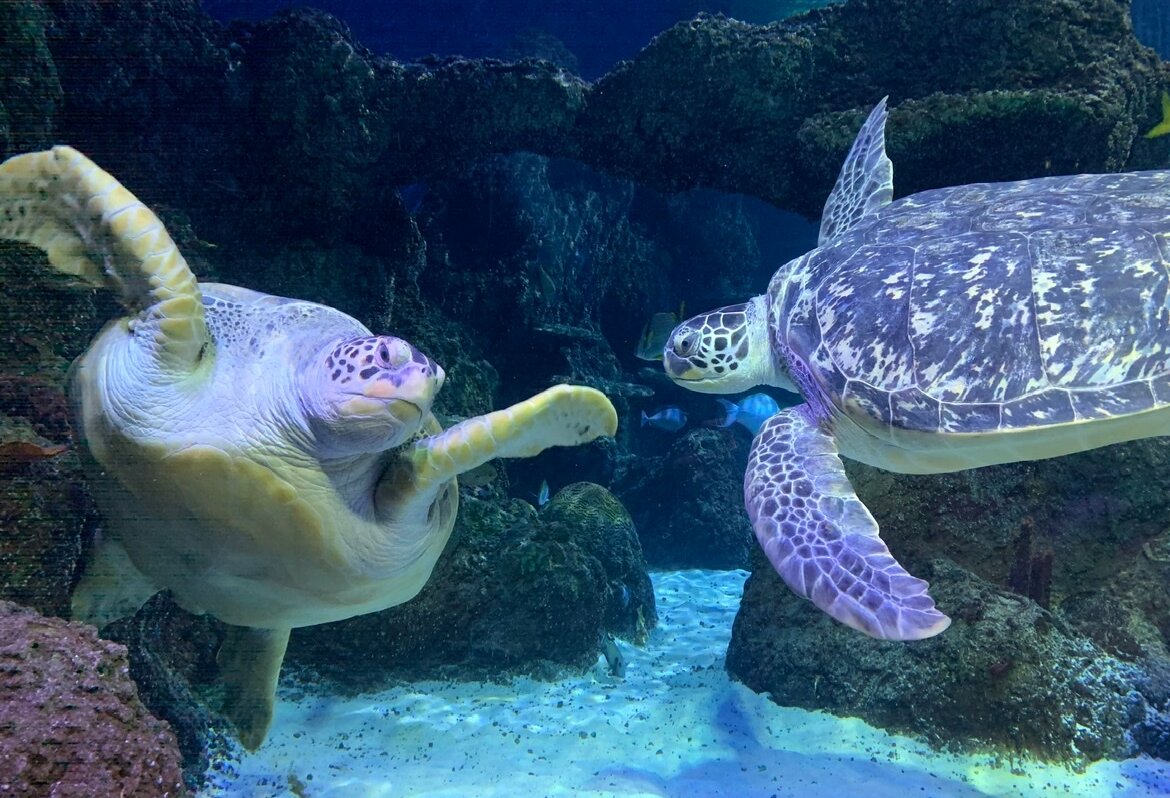 Turtles Cammy and Ernie – two of Sea Life Manchester’s star creatures – were first introduced to the Trafford Centre attraction back in August 2017 with the hopes that they would one day breed and the pair were said to have established an immediate bond back then, but now it’s looking like intervention was needed after the couple developed a lockdown rift.

Over the last 18 weeks, the turtles have found themselves in troubled water and have both displayed a clear change in behaviour.

Cammy is said to have been rejecting all of Ernie’s advances and has been nipping at him, which has left him with bite marks on the back of his neck – marks usually found on a female during mating. This also appears to have left Ernie behaving “over amorously” with the rocks inside their 500,000 litre ocean tank too.

Lockdown really has been tough for everyone then, it seems.

Sea Life Manchester’s specialist creature welfare team have now waded in though with a series of measures to help reignite the turtles’ passion for one another.

Amongst the tactics being used by the team include socially distanced date nights, with the turtles’ favourite meal of Brussel sprouts, cauliflower and broccoli served at a distance to help prevent the duo from bickering, the introduction of more toys – including blocks of ice – to encourage play, and an increased number of enrichment techniques – including relaxing shell brushes – to assist in reducing tension levels.

Brendan Malone – Senior Curator at Sea Life Manchester – said: “The change in Cammy and Ernie’s behaviour is quite significant,”

“When the pair were first introduced some three years ago, we had high hopes they would form a close bond. It is advised that all our female turtles are, where possible, kept with males to reduce the chance of them becoming egg bound.”

“Since lockdown commenced however, our expert creature welfare team, which has been in the aquarium daily caring for all our creatures’ needs, has noted a distinct change in activity including clear displays of standoff-ish behaviour from Cammy, and Ernie getting a little frisky with the rocks.”

“There are a number of potential reasons for this as both creatures reach their sexual maturity, with the absence of visitors and guest interaction also believed to have contributed.”

“Cammy & Ernie are both big show-offs and love the attention they receive from guests. Recent weeks have however seen Cammy retreat with Ernie going from being her number one playmate and partner in crime to number one annoyance, not unlike some human relationships”.

“We’re pleased to share that as guests return to the attraction and interact with the two, we’re starting to see a return to normal behaviour and have high hopes they’ll rekindle their love [but] in the event this doesn’t happen however we will have to consider our wider options including a potential trial separation.”

Sea Life Manchester have confirmed that staff will continue to monitor the behaviour of Cammy and Ernie over the coming weeks.

You can find out more information about Cammy and Ernie via the Sea Life Manchester website here.