If what is happening is affecting you and you want to help, there are numerous charities and causes you can support. 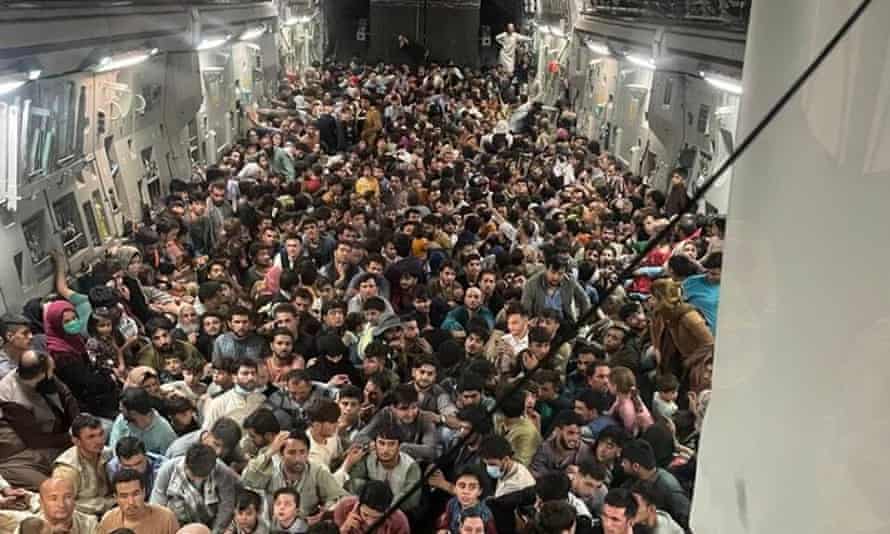 Afghans in Kabul are this week under total Taliban rule after the terrorist organisation stormed the country’s capital on Sunday in the absence of western armed forces.

The Taliban swept into Kabul unopposed and seized the presidential palace after the government in Afghanistan collapsed, and their US-backed president had fled, bringing a swift end to almost two decades of British and US protection in the region.

Many Afghans are now fearing for their lives as they face the realisation that a brutal regime is about to be actioned by Taliban leaders and their foot soldiers.

In the last 24 hours, videos and images of locals attempting to flee the country have circulated on social media – with much of this content being too graphic, or distressing, to show or even put into words.

Currently, the UK and US governments are scrambling to evacuate their own nationals, while hundreds of thousands of Afghans are either stranded or attempting to flee their homeland, putting their lives at risk in the process.

If what is happening is affecting you and you want to help, here are numerous charities and causes you can support to help in Afghanistan:

The International Rescue Committee is a not-for-profit organisation helps those facing the worst humanitarian crises. They estimate more than 18 million people need aid this year in Afghanistan and have been doing exactly that since 1988.

In the last few days, the charity has urged world leaders to show support for civilians and humanitarian workers delivering aid – and have launched a £10 million appeal to raise funds so that their teams can deliver life-saving aid and provide emergency cash and protection for those displaced.

The one-off donations tell you what your money could go towards, including £40 to provide four tents for those displaced.

Mercy Corps is an active charity in over 40 countries worldwide. They work with people living in poverty, disaster and in the midst of violent conflict, and have been working in Afghanistan since the mid-1980s. They are currently urging the US government to continue aiding humanitarian work.

The charity is currently working to provide clean water and sanitation for those fleeing Kabul, and will stay in Afghanistan as long as they possibly can.

Turquoise Mountain, set up by the Prince of Wales in Scotland back in 2006, is a charity focused on training artisans in Afghanistan, Saudi Arabia and Jordan with an aim of reviving historic areas and traditional crafts.

The foundation, which works to protect heritage and communities at risk around the world, has been treating thousands of patients at its health clinic in Kabul. Over the weekend, a Crowdfunder campaign has been set up to raise money for their artists, staff, students and all those who visit their health clinic.

Visit the Crowdfunder here to donate.

Women for Afghan Women, also known as WAW, is the largest non-government Afghan women’s rights organization in the world, founded in April 2001. It is dedicated to protecting the rights of Afghan women and girls. The staff are mostly Afghans and WAW adopts a community-based approach.

Women and girls are said to be those who will be affected most by the Taliban takeover of Afghanistan. Before the conflict in the last week, the charity provided education to boys and girls and provided family counselling and vocational training for women and families.

However, in the last few weeks, they have been working to keep their clients, staff and families safe by evacuating shelters and providing resources and aid to women and their families.

The UN’s refugee agency is there to help refugees by raising funds to ensure humanitarian aid for displaced families. The charity’s team is already on the ground providing aid but still need supplies.

As part of their donation scheme, the charity lets you know what your money will provide; £35 could provide five sanitary kits. They are also trying to provide PPE to stop the spread of COVID-19.

Write to your MP and use social media

If you can’t afford to donate, you can still enact change by writing to your MP. You can also use your social media profiles to call on the UK gov to reverse aid cuts, increase funding, push for a ceasefire, and welcome Afghan refugees.