Come to the Beach is set to have "the largest sandpit in the North West". 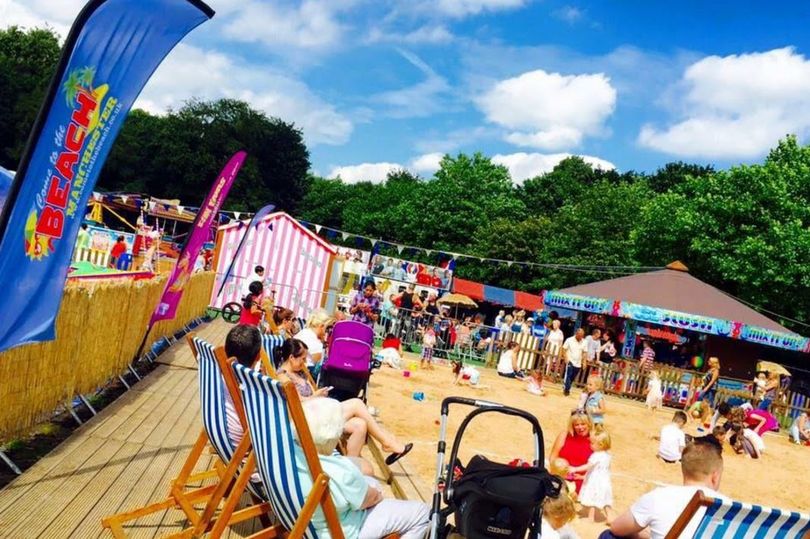 Most Mancunians have heard the famous Ian Brown quote “Manchester has everything except a beach” once or twice in our time.

Every year, once the sun starts to shine and the temperatures soar, locals of our great city are reminded of its downfall when it comes to the lack of beach and distance from the coast and sea air, and to at this point, we’re getting a bit sick of hearing the Stone Roses frontman’s famous words.

But finally, those words will no longer stand this summer, as a giant sandy beach is set to arrive in Heaton Park this weekend just in time for the school holidays.

Organised by events company Carousel Funfairs, Come to the Beach is returning to Manchester this weekend, and it’s bringing sand, deck chairs, buckets and spades, and so much more to one of the area’s most popular and best-loved parks so all the family can make the most of the sunshine before it disappears.

The upcoming free event is set to have “the largest sandpit in the North West” with 100 tonnes of play sand, according to event organisers, and it’s promising to be “the biggest beach” the city’s ever had.

While the sandpit is undoubtedly one of the stand-out features, there’ll also be trampolines and inflatable attractions, a ‘kid’s zone’ that’s packed with a wide range of entertainment to keep the little ones happy, regular character and dino appearances, and of course, a seaside fun park with plenty of traditional rides and attractions – which can be paid for with tokens.

Regular character appearances will come from the likes of Spider-Man and Mirabel from Disney’s Encanto.

There’s also set to be a wide array of “boardwalk treats” to tuck into, as well as stalls selling foods from all around the world.

Come to the Beach is arriving at Heaton Park in Manchester on Saturday 23 July, and will be staying open right through the summer until Sunday 4 September – and tickets are now available to get your hands on.

Read more: A Nickelodeon experience where kids TV shows ‘come to life’ is coming to Manchester

Open from 12pm daily, you can either buy tokens for individual rides or get 25 tokens for £25 for the family to share, and on Tuesdays and Wednesdays, you’ll even be able to buy an unlimited wristband, which gives you access to all the rides for a three-hour session for £11.99 per person.

You can grab tickets to Come to the Beach 2022 here.