The city's biggest multi-venue music festival is back for 2022. 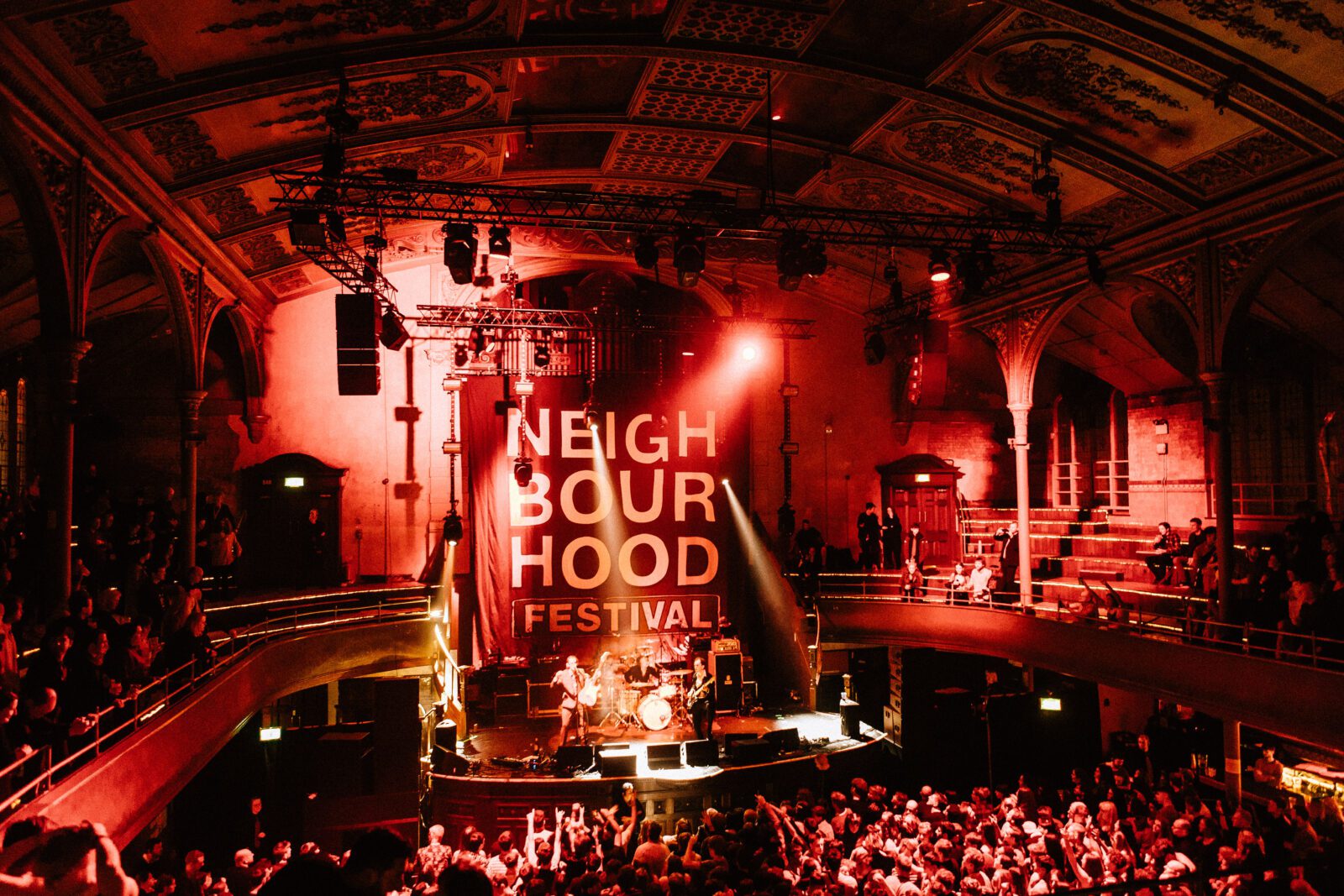 Neighbourhood Festival (NBHD) has unveiled a jam-packed lineup as it makes its long-awaited return to Manchester city centre this year.

After a few years away, Manchester’s biggest multi-venue music festival is back once again this year, and is set to take over Manchester city centre on Saturday 1 October – with headline shows by indie titans The Snuts, local heroes Everything Everything, alternative quartet Sundara Karma.

The headliners will also be joined by whole host of emerging talent.

Some of the fast-rising newcomers on the just-announced lineup include Alfie Templeman, Baby Queen, Rachel Chinnouriri, Dylan, The Royston Club, Louis Dunford, Lauran Hibberd, and STONE.

The Skinner Brothers, World’s First Cinema, Anorak Patch, Blondes, and Brooke Combe are just a handful of other exciting names on the lineup.

Neighbourhood Festival first launched all the way back in 2016.

Quickly establishing itself as the place to discover the next big thing, in the past, BRIT Award winners Sam Fender, Mabel and Holly Humberstone and established live favourites Yungblud, Declan McKenna, Mahalia, and The Lathums have all performed.

Just like it has done in previous years, the festival with be taking place across Manchester’s favourite venues all based the city centre for 2022.

Neighbourhood Festival returns to the Albert Hall, Gorilla, O2 Ritz and many more much-loved stages this October, and Bunny Jackson’s is joining the party for the first time this year too.

There’s also many more acts still to be announced, so keep your eyes peeled.

Tickets for NBHD Festival will officially go on sale on Thursday 26 May, and to make sure you’re one of the first in line, you can now sign-up to be notified.