Deke Duncan, a 75-year-old Stockport DJ made famous for broadcasting to one listener, has been signed up by a US radio station. 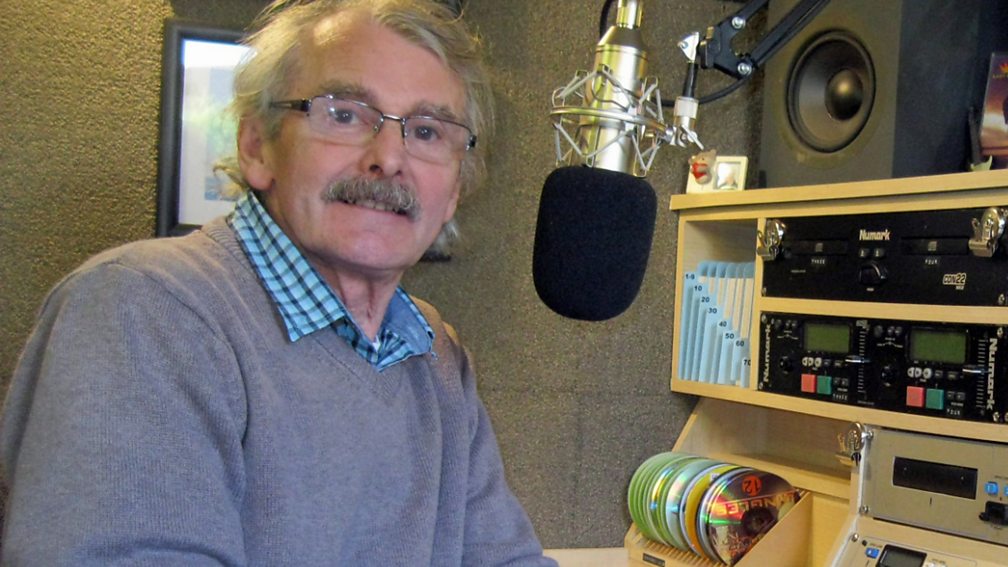 A 75-year-old DJ made famous for broadcasting to one listener has been signed up by a US radio station.

Deke Duncan, who used to record from the confines of his garden shed, was first filmed by the BBC back in the 1970s – with only his wife hearing the show.

There was renewed interest in Deke’s story after BBC Archives shared the old footage – with a documentary team tracking down the now-elderly DJ in Stockport, where he was found still spinning records for an audience of one.

Programme Director, Kevin “Casey” Peckham said: “Deke’s finely-honed talent for doing upbeat, fast-paced, and imaginative radio in the style of great radio of the 1960s and 1970s is a perfect fit for us.”

“We recognised [him] as a kindred spirit who shared our own passions for radio as it existed decades ago.”

Deke said he was “thrilled” at the chance to become part of the WLHA team.

“I’m really thrilled about it – join me for a cheerful earful every Sunday.”

Watch the documentary on Deke Duncan – the DJ with one listener – on BBC.

You can listen to WHLA Radio here.

Well, there’s no need to wonder any longer, as Manchester‘s music lovers are invited to become a part of the city’s partying history later this year when the iconic Grade-II listed Victoria Baths hosts three day raves that are set to be headlined by some world-renowned DJs and famous names on the house, electronic, and techno music scene.

Already gearing up to be a “weekender like no other”, the historic Victoria Baths – which dates back to 1906 – will be kitted-out with an immersive 360° sound system and killer light shows that will fill the venue’s stunning architecture with an atmosphere it’s never seen before.

Victoria Baths was once described as “a water palace” and called “the most splendid bathing institution in the country” – but it’s soon set to take on a whole new life as bathing will turn into raving on the first weekend in November, with three talented DJs in the international electronic scene lined-up across the three days of parties.

Event organisers are promising to take partiers to “another realm”.

First up is local hero Darius Syrossian, who is no stranger to playing packed out and sweaty dance floors with his edgy and straight-up house sound, and he’ll then be followed by another UK legend Lee Burridge – the man behind ‘All Day I Dream’, with his own zoned-out and hypnotic take on house.

Then last but not least, French titan Dimitri From Paris will cook up dazzling disco and filter house sounds that are packed with soul and colour.

Manchester 360º: Weekend Takeover is coming to Victoria Baths on Friday 4, Saturday 5, and Sunday 6 November 2022, and you can now join the waitlist to get exclusive ticket access before they are released to the wider public next week.

You can find out more and join the waitlist for tickets here.