But, after being forced to close down and subsequently suffering huge losses, the group have decided to do an 'Indie Advent' - whereby one business is the focus of a virtual campaign on a separate day, and each offers a special treat hidden behind their ‘advent door’. 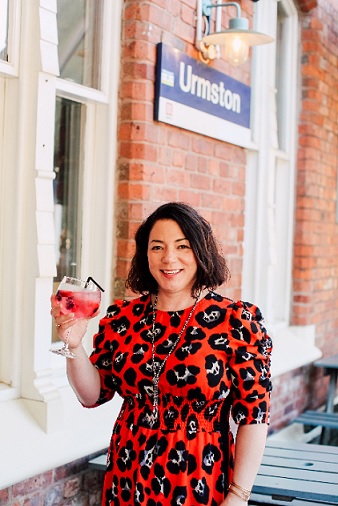 Local businesses have been amongst the worst hit during the coronavirus pandemic – so two dozen Urmston companies have decided to do something about it.

Two years ago, several small businesses in Urmston got together to form ‘Indie Urmston’ to try and increase footfall and sales in the area.

But, after being forced to close down and subsequently suffering huge losses, the group have decided to do an ‘Indie Advent’ – whereby one business is the focus of a virtual campaign on a separate day, and each offers a special treat hidden behind their ‘advent door’.

Running from the 1st-24th of December, the treats range from the release of a new product to a special offer for their advent day.

Indie Urmston said: “From restaurants and pubs to coffee shops, retail stores, hairdressers and beauty salons, there is a real mix of independent businesses involved in Indie Advent, with the overriding objective to encourage people to shop local this Christmas and support independent businesses fighting for survival in Urmston.”

At its halfway point, the businesses involved have already announced impressive offers such as 35% off at Little Yu boutique, and Prairie Schooner Taphouse’s 12 beers of Christmas.

Scott Power, co-owner of Get Chucked and founder of Indie Urmston said: “Urmston is very much an up and coming place and the high-street is full of independents, so basically we saw that and we thought, Urmston is going to be better if we bring more people to the area and share the love.”

Coronavirus has eliminated a huge portion of the footfall that generates profit for businesses when they are allowed to be open, so this project is hopeful that it can decrease some of the damage done for the businesses in Urmston.

Scott said: “When people hear about a business potentially not doing so well, There is very much a rallying spirit that goes around they pull together in support. And I think the whole Indie Advent event is geared towards letting people know that these places are still here.”