North Brewing Co is opening a taproom in Manchester 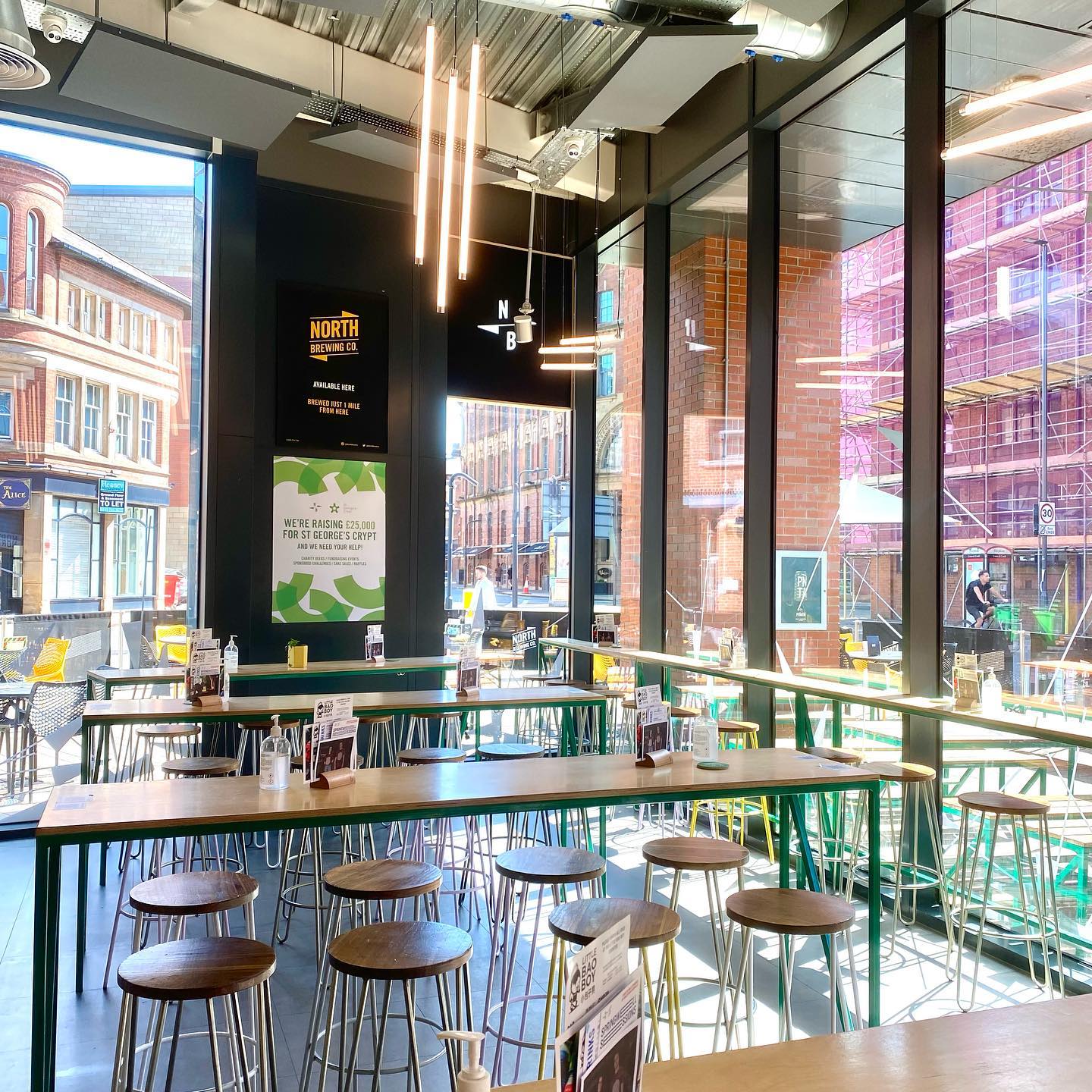 Set to open later this year, North Taproom will see popular beers from its core poured alongside an ever-changing line-up of beers, wines, cocktails, ciders, and spirits.

North Taproom will feature 24 draught lines, including eighteen lines of keg beer and one cask, all pouring North’s ever-evolving range of classic beers, specials and collabs.

Over the past seven years, the team has worked with a stellar roster of Manchester breweries including Cloudwater, Track, and Pomona Island, and locals can expect to find some exciting collaborations with Manchester breweries when North opens its doors later this year.

Elsewhere on the menu, diners will find a selection of meat and veggie gyoza dumplings, garlic salt, salt and pepper and loaded fries – if their Leeds offering is anything to go from, anyway.

The 2590 sq. foot taproom will seat 100 covers inside, with room for an additional 30 standing guests. Housed in a modern glass building, the new taproom will also have an extensive outside seating area overlooking Circle Square’s green space.

On the taps, guests also can enjoy house-made negroni and a rotating selection of cocktail, as well as natural wine and fizz.

Speaking on the new opening, John Gyngell, co-founder and director said: “Our new bar in Manchester marks a huge milestone for all of us at North.

“We’ve actually been looking for a Manchester site for the last 25 years and have come very close a number of times! Many of the North team have lived, worked or studied in Manchester, and we make a habit of visiting as regularly as possible.

“The hospitality scene in Manchester has provided tonnes of inspiration over the years, and we can’t
wait to bring North to the city.”