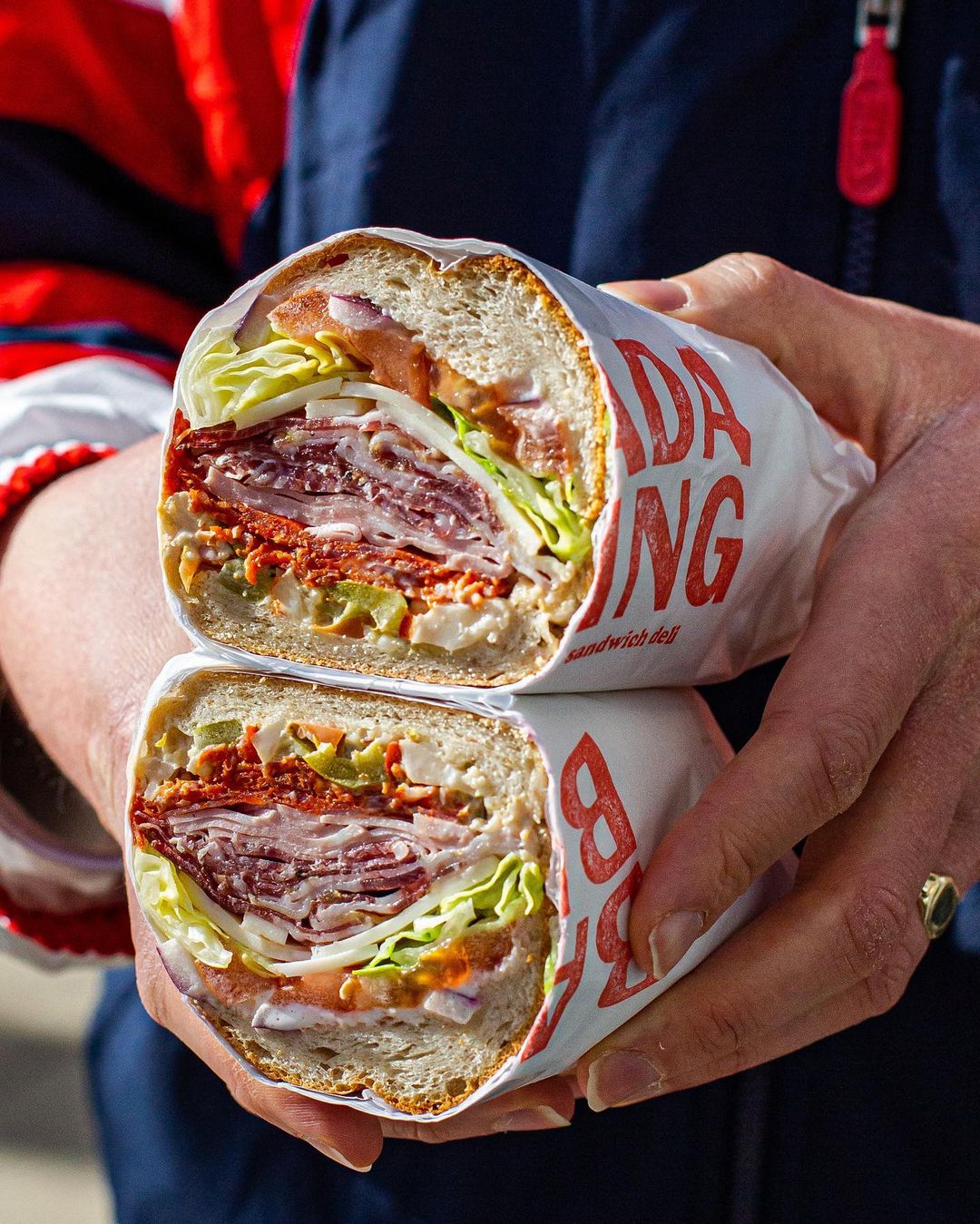 This past year has been a funny one for hospitality – completely messing with the traditional model of things, whilst simultaneously creating big opportunities for furloughed staff who set up their own sites.

Manchester has seen the launch of some ingenious new concepts: from a city-wide gravy taco obsession to two-fisted Italian American hoagies and a glut of new bakehouses.

Most are still operating out of dark kitchens – meaning if you want to try their stuff, it’s either been an order-at-home job or a sit in the park affair.

That’s not going to be the case for much longer, though.

As part of a collaboration with food bloggers Eatmcr, The Refuge will be inviting Manchester’s lockdown success stories down to its terrace for a summer of street food every Thursday to Sunday from 12-10 pm.

From Sopranos-themed, Italian-American hoagie slingers BadaBing (officially making the henchest sandwiches in the city) to gravy tacos from The Koffee Pot’s Birria Bros, the list of confirmed traders reads like a who’s-who of Manchester’s best lockdown openings.

It’s not all lockdown success stories, though, there are a few more established concepts on the roster too.

Things Palace, a Pan Asian inspired food concept curated by Lorcán Kan of Stockport’s Michelin-recognised Where the Light Gets In, is also set to make an appearance.

Having begun life as a supper club concept in 2019, it’s now a regular pop-up around town and a frequent fixture at Platt Fields Market Garden.

Pippy Eats, the excellent dumpling and noodle concept from Britain’s Best Home Cook contestant Pippa Middlehurst is also due to appear there this summer – as is independent Levenshulme bakery Longbois Bakehouse.

On the drinks front, local breweries Pomona Island and Shindigger will be on site with some of the city’s freshest beer alongside German gin brand Monkey 47.

Running from Thursday 20 May to Sunday 22 August, traders will rotate every two weeks on the heated and covered terrace with a soundtrack supplied by selectors including Lil Minx, Massey, Abigail Ward and Neil Diablo.