Jilly’s Rockworld was one of Manchester’s best nightclubs, a haven for indie rock and alternative music.

The legendary Oxford Road venue shut down for good in 2010 – but fans will soon be able to relive those glory days with a dedicated club night.

The O2 Ritz will be throwing a huge party with all the rock n roll favourites that made the club so iconic.

Taking place at the Whitworth Street West concert hall on April 9, A Tribute to Jilly’s Rockworld will run into the early hours.

Former Jilly’s DJs will be on the decks to recreate the magic of the long-lost club.

Before it was Jilly’s, the venue was known as Fagin’s, and hosted famous faces including Cliff Richard and LuLu.

Beneath Fagin’s was Rafters, or Music Box, which welcomed performances from Motorhead, Joy Division and Depeche Mode.

Read more: You can now revisit Jilly’s Rockworld after a genius Manchester lad recreated it in VR

The club would stay open until 7am on Fridays, with Pot Noodles sold behind the bar to keep people dancing until dawn.

The O2 Ritz posted: “Do You Wanna Get Rocked? Join us on Saturday 09 April 2022 when we pay tribute to legendary Manchester institution Jillys Rockworld.

“Get ready to hear all your rock n roll favourites bought to you by the Jilly’s DJs! Tickets on sale at Ticketmaster United Kingdom.” 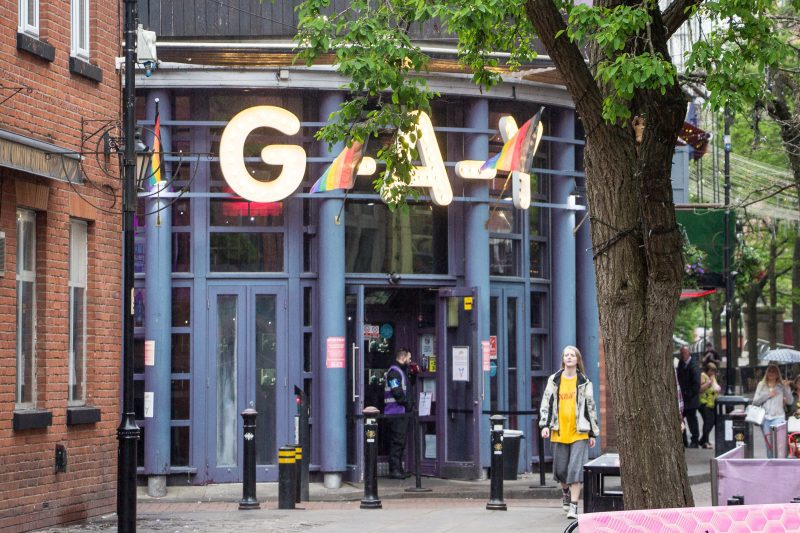 "Losing G-A-Y in Manchester would have broken my heart, so I came up with the inspiration of being Willy Wonka and G-A-Y Manchester being the Chocolate Factory."
byGeorgina Pellant

The Creativity For Wellbeing series will "boost your mood, enhance your energy, connect you with others and offer you a sense of calm".
byEmily Sergeant

Chicken tikka lasagne is now a thing in Manchester, thanks to Lazy Tony's
byGeorgina Pellant