First the fireworks, now this. 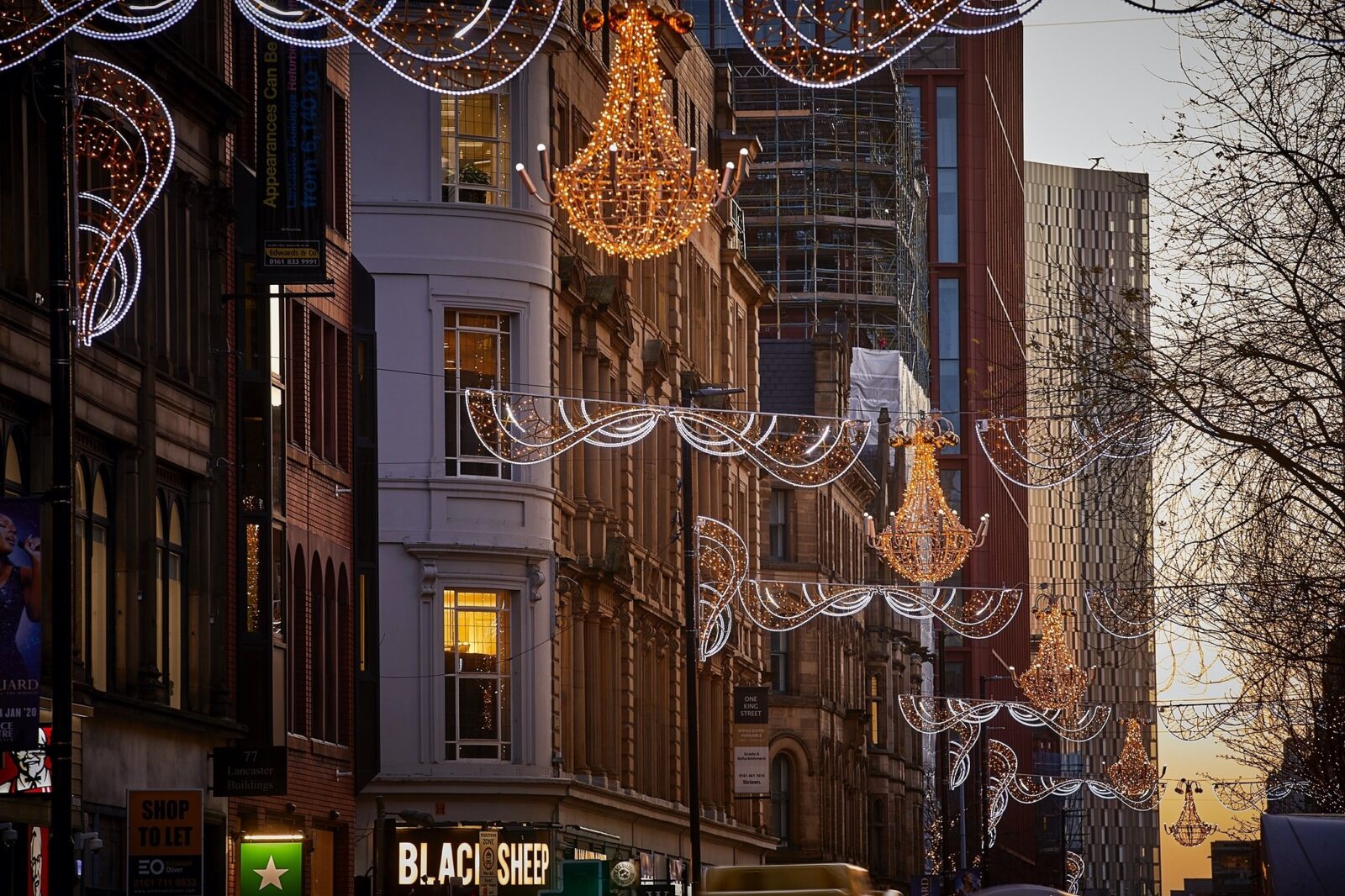 Another of Manchester’s festive events will be missing from the calendar this year, after it was confirmed that the Christmas Lights switch-on would not go ahead.

The annual celebration usually sees famous faces head out in the streets in front of huge crowds to turn on the twinkling Christmas lights.

But the popular family event isn’t taking place this year, with the Council saying there is a ‘lack of suitable and safe location’.

Manchester City Council bosses have been trying to find a location for the Christmas lights switch-on that is both big enough and safe enough for all the families who attend every year.

However the sheer volume of construction work taking place around the city centre – like the ongoing restoration of the Town Hall and Albert Square – has ruled out a big event for the 2022 festive season.

While it will be a quieter start to the Christmas period this year, there are already plans in place for the ‘biggest and best ever switch-on event in Manchester’s history’ in 2024, when the Town Hall project is completed.

Councillor Pat Karney, Christmas spokesperson for Manchester City Council, said: “We’ve tried really hard to make a big Christmas lights switch-on event happen again this year after not being able to have one for the last couple of years, but despite our very best efforts this just isn’t going to be possible.

“Anyone who has been in the city centre recently can’t fail to have noticed all the development work going on to make Manchester even better than it already is, and as great as this is it does mean we’ve not got the space needed to safely manage a big switch-on event this year.

“The ongoing work to renovate the Town Hall rules out Albert Square, as does ongoing demolition and construction work at the end of Deansgate. Piccadilly Gardens unfortunately isn’t suitable in its current formation for a switch-on event, and after having a good look at safety and sightline issues we’ve also had to rule out St Peter’s Square as a site that is just too complex to manage to ensure a successful event that could be enjoyed by the thousands of people, including young children, who usually attend.

“We’re very well aware how much families enjoy the switch-on and what it means to them and are gutted that we can’t deliver an event this year for them.

“We will however definitely be back with a big switch-on event next year for them, followed by Manchester’s best ever Christmas switch-on event the year after that in 2024 when our wonderful Town Hall and Albert Square will be back in use again.

“In the meantime we’ve pulled out all the stops and have got some extra special Manchester Christmas magic in store this year to bring a sparkle to the city’s streets and put a smile on everyone’s faces.

“Watch this space for more announcements very soon on some absolutely not-to-be-missed free festive treats coming to Manchester this Christmas.”

The Council added in a statement: “Although there won’t be a big switch-on event this year, the city centre will still be dressed in its sparkly Christmas best with streetlights, lights in trees, and light installations throughout the city centre from Thursday 10 November when the Christmas Markets open.

“The exception to this is St Peter’s Square, which will host Remembrance Sunday events on Sunday 14 November, and will therefore not be lit for Christmas until the week beginning Monday 15 November to coincide with the welcome return of Father Christmas who will once again be taking up residence in front of Central Library for the duration of the festive season.”