A vegan chimney cake stall has opened at the Arndale Market 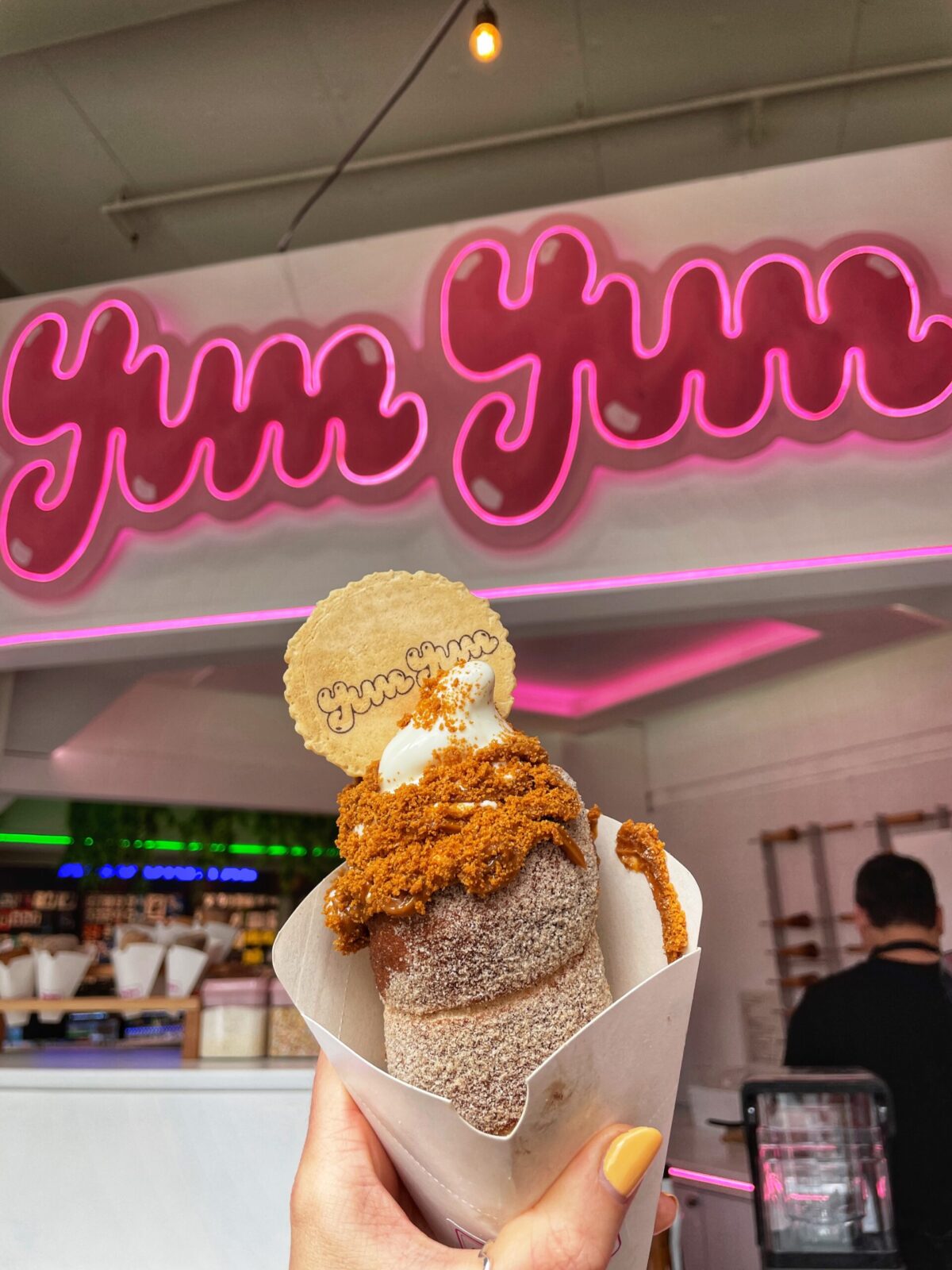 A new dessert stall has opened in the Arndale Market today, bringing some brand new cinnamon-dusted, ice cream-filled treats to the city centre.

Called Yum Yum, it comes from the same team behind Christmas market hit Panc Foods and has just taken over the former Salt and Pepper unit.

Splitting the original stall in two, fans of Panc can now get their hands on all the usual favourites as well as a range of new vegan desserts under the Yum Yum banner seven days a week.

Here, piping hot, steaming chimney cakes – so-called because they literally smoke like a chimney when the soft, bready cones of dough are pulled from the scorching 250-degree oven – are rolled in sugar or sprinkles, then stuffed with vanilla soft serve ice cream.

Sitting somewhere between a churro, donut and croissant, they can be enjoyed on their own, which is the more traditional way to eat them – but with topping and filling choices spanning everything from Nutella and strawberry sauce to fresh fruit, chocolate and Biscoff sauce, it’s certainly tempting to go all out.

Chimney cakes are also available to order cut in half, sat on top of individual pots of soft serve in the coming weeks with new flavours like salted caramel and chocolate on their way.

Priced at £8 each, they’re not the cheapest – but then, for founders Hannah Jobe and Ariane Cardoso, it’s really important to be using quality, ethically produced ingredients, which always tend to be a little more expensive.

Hannah tells us that she has been working on the project for the best part of a year, and was inspired to launch the chimney cake stall after spotting a gap in the market. Even better, she adds, because the cakes are vegan they can be enjoyed by absolutely everyone.

As well as the chimney cakes, Yum Yum is also selling a range of vegan cakes, macaroons, cinnamon rolls, waffles and loaded churros at its new dessert stall.

Hannah also tells us she plans to start creating her own soft serve flavours in the future, so watch this space.

Open now, head down for a serious fix of sweetness – with build-your-own chimney cake options, milkshakes, smoothies and more all on offer.