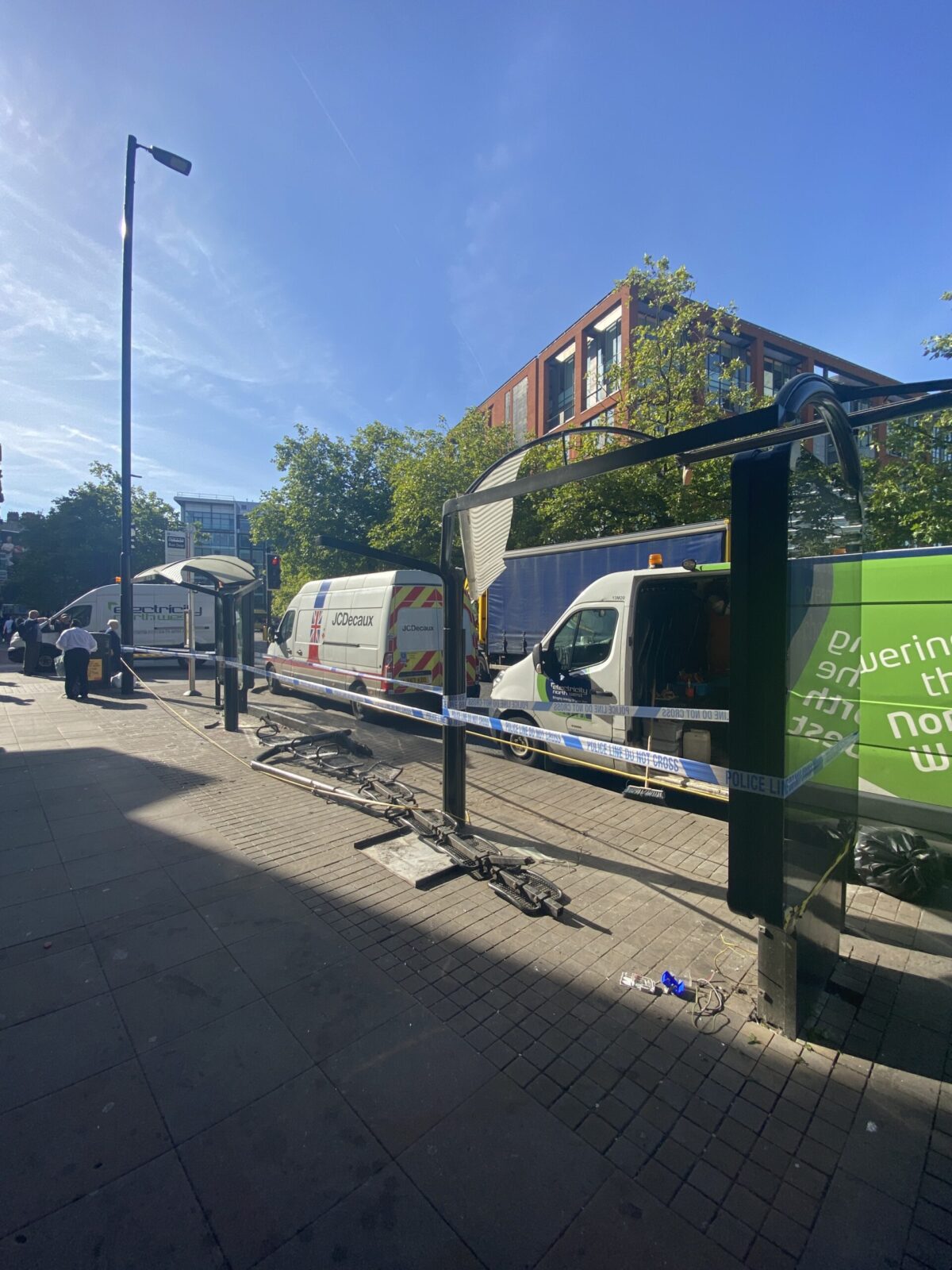 A woman has died following an incident at Piccadilly Gardens last night, in which a bus collided with a bus shelter.

Greater Manchester Police confirmed that the double-decker vehicle collided with three pedestrians at around 9.25pm on Sunday 10 July.

One woman in her 50s has sadly died.

Another woman, also in her 50s, is in hospital receiving treatment for serious injuries.

The third pedestrian, a man in his 60s, received treatment for minor injuries.

Last night, a spokesperson from Stagecoach told the Manchester Evening News: “We can confirm that one of our vehicles was involved in a serious incident at a bus shelter at Piccadilly Gardens in Manchester around 9.30pm on Sunday evening.

“Our first thoughts are for those affected by the incident and their families. Safety is our absolute priority and we are supporting the investigation into the circumstances involved in any way that we can.”

The bus driver remained on the scene to assist police officers.

GMP investigators are now appealing for information, including dash cam and helmet cam footage from the area.

A statement from a GMP spokesperson said: “Around 9.25pm on Sunday 10 July 2022, we received a report of a collision involving a vehicle and pedestrians in the Piccadilly area.

“Officers attended and established that a double decker bus had collided with three pedestrians between stops C and D.

Read more: Part of Greater Manchester’s tram network to close for three months from this week

“The bus driver remained at the scene and assisted officers with their enquiries.

“Investigators are particularly interested in hearing from anyone with dash or helmet cam footage of the collision or from Piccadilly in the minutes beforehand.

“Anyone with information should contact the Serious Collision Investigation Unit on 0161 856 4741. Information can also be shared anonymously via the independent charity – Crimestoppers on 0800 555 111.”