“We appreciate your help support and all the love people are sending.”

For 36-year-old Dominic Hespe, who co-owns the cult trainer consignment store Sneaker63 in Chinatown, this summer could potentially be the last he gets to spend with his wife Ellie and three young children Daniella, 18, Raphael, 8, and Ezekiel, 7.

His is a heartbreaking story and one that, sadly, seems to be more common than most people might realise: a late-stage diagnosis, an inoperable cancer, a young family’s life suddenly stopped in its tracks.

As his symptoms worsened he got increasingly worried and starting seeking out advice: visiting with GPs, attending several different A&Es, and sourcing further opinions from a number of specialists.

But due to his young age, the true picture was missed by doctors who, on every occasion throughout those long months, checked his vitals and sent him away – putting his symptoms down to what they said at the time must either be a viral or constipation issue.

Still, he didn’t stop asking the doctors as he felt quite sure that there was a blockage and so eventually they agreed to have a look, so he went into hospital to be prepped for surgery.

However, when he got there the doctors only did an X-ray, not a CT scan, and decided that he was constipated again so sent him home none the wiser to what was really going on.

Still in pain and unsatisfied that his doctors were giving him the right advice, Dominic booked another GP visit where he asked again for a CT scan – only to be told that he didn’t need one.

Instead, he was advised that it may take up to five months and 12 laxative drinks per day to clear the blockage.

He gave it a go but after a month of trying the recommended laxatives, he found that the pain was worsening and he became so poorly that, finally, a surgeon was willing to do a CT scan.

It was only at that point, on April 1, 2020, that Dominic was finally diagnosed with Stage 4 colon cancer before being rushed into surgery the very next day.

After a long surgery in which surgeons had hoped to remove the cancer, it was sadly decided that this would not be possible as by then it had already spread to the lining of his abdominal organs and through the wall of his bowel.

At this point, Dominic was told that he would be living with inoperable, incurable bowel cancer and immediately sent for chemotherapy to help prolong his life.

In May 2020 he started his first course of chemo, shielding for most of the pandemic as best as he could whilst contacting every surgeon in the country for second opinions.

His wife, Ellie, says that so far, things have not changed significantly enough for surgery to remove the cancer, but that he is still being treated with targeted therapy for his specific mutation.

A beloved figure within Manchester’s sneaker trading community, throughout his ten-plus year career selling high-end and super rare sneakers he’s been an inspiration to so many young people coming up and starting their own businesses.

He’s also helped a lot of people out of tight spots over the years, using his expert trainer knowledge to help Sneaker63 customers spot some very convincing-looking fakes and avoid getting scammed.

So when his wife’s mother Gail Frampton launched a crowd funder at the start of July to enable Dominic and his young family to make some lasting memories with the time that he has left, tributes absolutely poured in from the wider community – leading them to smash their original £5,000 target within just three days.

One donor said: “Lost for words. Met him on a few occasions and made me feel so welcome in the store and in Manchester. Good guy”

Another added: “Dom gave me a fantastic opportunity at sneaker63, hearing this was hard I wish him and his family all the best”

A third said: “You’re the reason a lot of us got into this shoe business a fair few years ago when we first met and you’ve helped us all out massively in the past. 💙 sending my best wishes.”

Another commented: “Praying for a miracle healing.”

Sadly, Dominic’s story is a common occurrence among younger people diagnosed with the disease – due in large part to the fact that doctors simply don’t expect to see younger people with the illness.

This is in large part because invitations for bowel screening don’t start until you’re between the ages of fifty and sixty, but now there are growing calls to move screening ages forward as evidence mounts suggesting that a significant proportion of younger people are being diagnosed too late.

According to research by Bowel Cancer UK, roughly 2,500 younger people are diagnosed with bowel cancer in the UK every year and four in ten of those had to visit their GP with complaints three or more times before being referred on for further tests.

This is most likely why the doctors that saw Dominic did not pick up on his symptoms early enough.

Now, he and his family want to help raise awareness amongst others to stop other young people from going through the heartache they themselves have suffered.

“Our next stage is to highlight how younger people can get bowel cancer and that they are often misdiagnosed as Dominic was,” said Gail Frampton, Dominic’s mother-in-law.

“It may have been a different outcome. Dom’s cancer is very rare and a tricky type. He has had three lots of chemo now, he has been so brave.”

There’s much work to be done, according to Bowel Cancer UK’s ‘Never Too Young’ campaign – first launched in 2013.

A recent survey by the group that spoke directly with young people living with the disease found that one in five younger patients with bowel cancer does not have access to a Clinical Nurse Specialist (CNS), whilst many said they had experienced varying levels of support at different points in their diagnosis, treatment, and care.

The survey also found that nearly half of those diagnosed with bowel cancer after 2017 hadn’t been offered testing for Lynch syndrome, also something of concern for Dominic’s family.

“One of the other worries is this cancer may be hereditary,” said Gail, grandmother to Dominic’s three children.

“At first we were worried it might be Lynch syndrome, which would cast a shadow over the health of their young children.

“We have been told it isn’t this but the boys will need to be checked in late teens or early adulthood.”

For now, though, the family is also trying to make the most of all the time they have left together.

They’ve got plans to use the money raised from the Crowdfunder to make special memories here in the UK – Gail says that they feel they may not be able to go abroad due to the cost of travel insurance, so instead they are looking at doing a visit to Centre Parcs and other easily accessible places.

It’s also important for the family that wherever they go, there’s an option for a resting place on days out as some days Dominic finds he is more unwell than others.

Ultimately, all they really want is for his kids to look back with positive, healthy memories of their dad in his final days – and to help educate others so they don’t have to suffer the same fate.

At the time of writing, the Crowdfunder for Dominic is at £6,500. If you want to make a donation to help the family create lasting happy memories together in these difficult times, you can do so here. 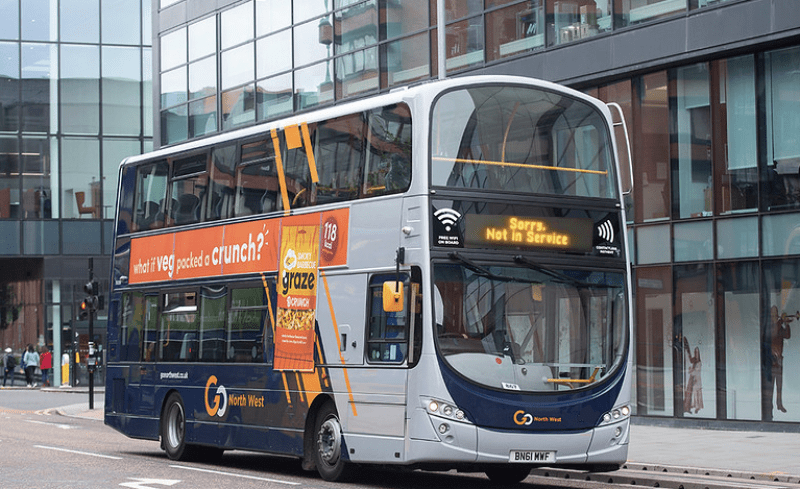 Tracey Scholes was let go after more than three decades behind the wheel.
byThe Manc 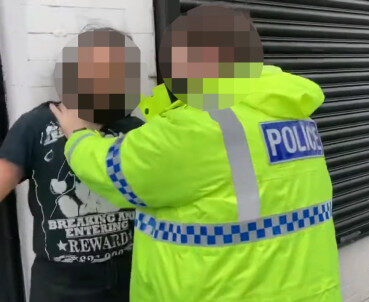 Footage from the incident outside the Kate & Luc Cafe Restaurant in Burnage has gone viral on social media.
byThe Manc 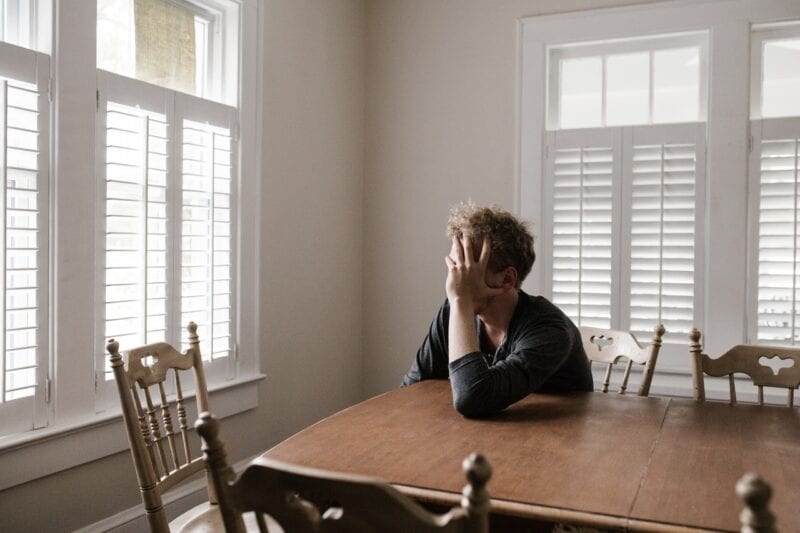 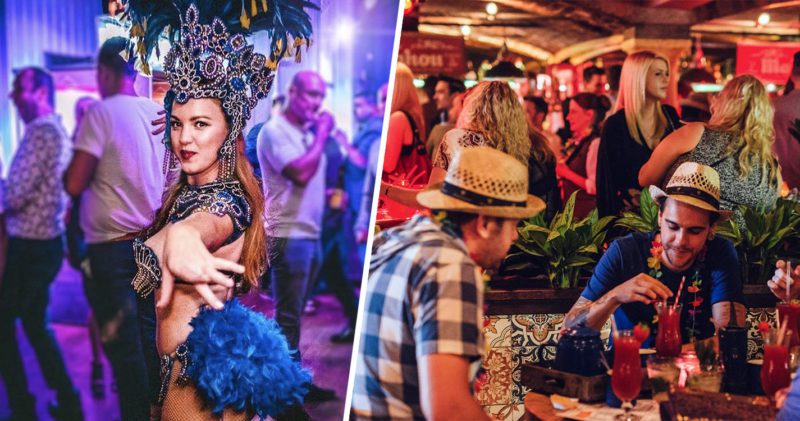 Havana for Hire: Fill your event, office or party with a true taste of Cuba