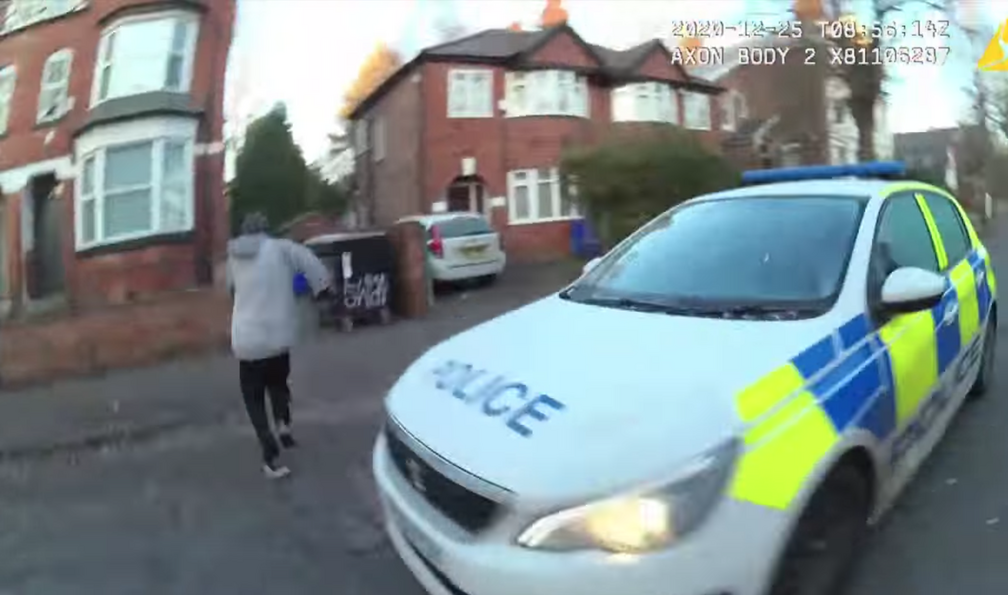 A burglar from Manchester has been jailed after being caught stealing by police at a student home in Withington on Christmas Day.

The confirmation of the jail sentence was made by Greater Manchester Police this week.

Christopher Day – 48, of Aston Avenue in Moss Side – was sentenced to over two years of jail time at Manchester Crown Court last Friday, after he admitted to and pleaded guilty to eight counts of burglary.

The court heard how police were alerted to Day by a concerned neighbour on a nearby road – who had seen a suspicious man gain entry to a student house on the morning of Christmas Day 2020 – and officers from GMP’s City of Manchester South division attended the scene.

In doing so, they spotted Day, who tried to evade police by hiding back inside the house, but was found in the kitchen of the property, before engaging in a foot chase with officers into a nearby garden and disposing of his jacket and pockets full of jewellery in the process.

The arrest process was caught on camera and the footage was shared with the public by Greater Manchester Police on social media.

While continuing enquiries at the address following the arrest, the officers found that Day had been in eight rooms in the house, forcing entry into seven of them, leading the the 48-year-old to plead guilty to all charges of burglary.

He was sentenced to serve two years and four months in custody and ordered to pay a fine of £190.

Speaking on the sentencing, Police Constable Ben Pickup, of GMP’s Problem Solving Team (PST) – a team dedicated to working alongside local policing in tackling burglaries – said: “This was an all-round fantastic result; right from the neighbour contacting police, to officers catching Day as he tried to flee on foot, right to him being held accountable for his actions and brought to justice in court.

“Day is a criminal who tried to take advantage of the occupants being away from their address at Christmas by entering the property and taking whatever he could, particularly jewellery.

“I am glad he will be spending next Christmas behind bars.

“This case exemplifies the endeavours of local officers working with the PST to catch any criminals who commit offences such as this,

“Burglary is a big priority of ours and we will do all we can to rid the streets of such offenders and keep the people and properties of Greater Manchester safe.”