The independent cafe bar has started serving takeout after a lengthy period of closure during the pandemic, much to the joy of regulars. 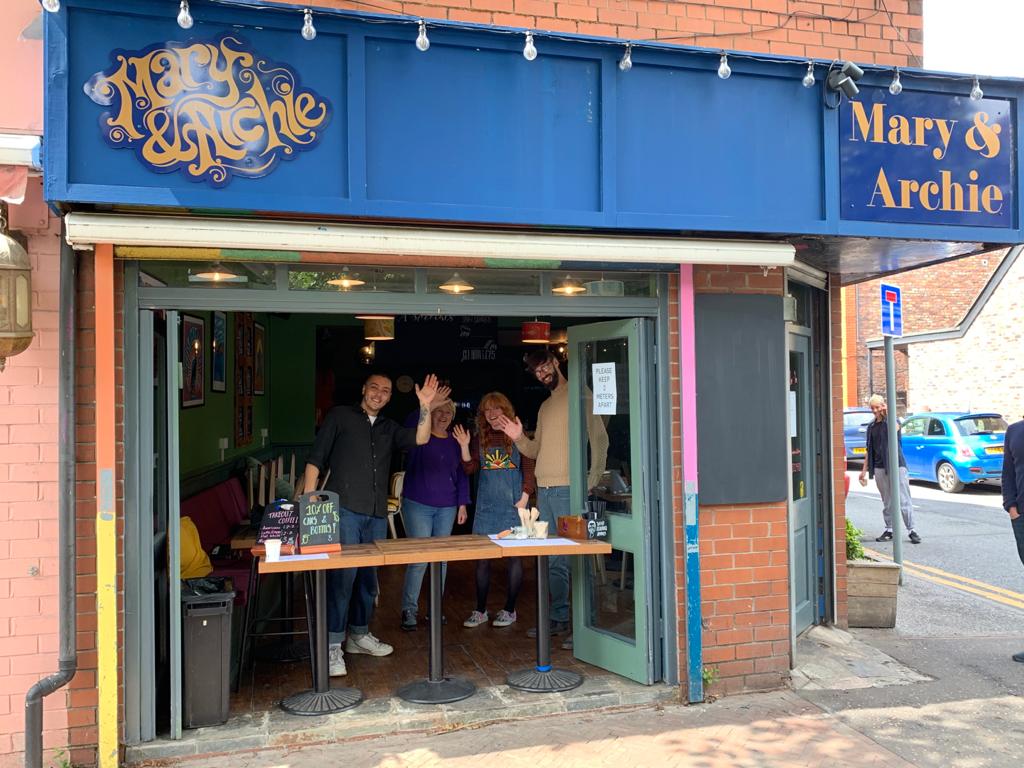 Another Burton Road favourite is back in action this week – the wildly popular seventies-style food and drink hub Mary & Archie.

Having remained closed since the start of the the pandemic, the independent cafe bar has now relaunched in its original spot with a takeout and click & collect service – much to the joy of regulars.

For eight years, Mary & Archie has been attracting an eclectic crowd throughout the week for breakfast, lunch, dinner, cocktails and local beers.

They’re part of the Burton Road furniture – and Didsbury hasn’t been quite the same without them.

“We just want to say a massive thank you to all our customers,” General Manager ‘Fletch’ explains.

“We set up a fundraiser at the start of the pandemic when things were looking particularly bad, and the support from the community was amazing.

“It’s thanks to them that we’re still going and we’re really glad to be back.”

Adorned in funky seventies art and decor, Mary & Archie has found its groove over the past decade as the go-to spot for almost every kind of occasion – be it a morning fry-up, afternoon coffee or an evening cocktail.

“We’ve got a calm and cosy vibe that people really like,” says Fletch.

“People visit at all times of the day. We’ve got loads of regulars – many of them have already been down to check out the new paint job we’ve added – and there’s quite a mix of customers on the whole.

“I think we’ve been popular because we’re a great place for people who want something a little bit different.

“We get all the dates coming here. Tinder has been massive for us!”

The cafe bar caters for a diverse range of palates, too – with burgers, wraps, tacos, brunches, salads and wings all on the menu.

“We’re proud of our food – it really is good,” says Fletch.

“The jerk chicken goes down really well, but the veggie and vegan options are also really popular.”

Dining options will be temporarily reduced whilst Mary & Archie gets up and running again, and staff are taking extra steps to keep customers safe during the reopening phase.

“Right now, everything is outside with 2m distancing in place, but we’re getting a bit of an action plan together for when we’re allowed to reopen fully again, whenever that may be,” Fletch tells us.

“We’re quite a small place so we’ll have to make some changes, maybe taking half the tables out.

“But for the time being it’s going to be great just to see people again.

“We’ve got such a good, friendly crowd.”