The 'Manchester Remembers' match was played ahead of the anniversary last month at Manchester City’s Academy Stadium. 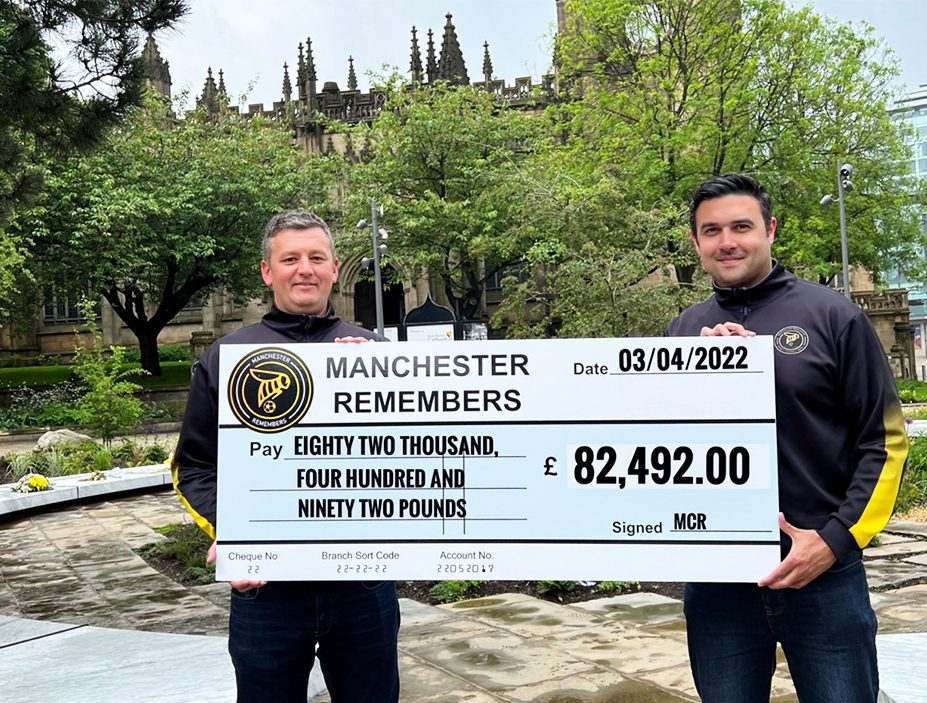 A charity football match played last month in honour of the Manchester Arena attack victims and their families has raised over £80,000.

With this year marking five years since the bombing that saw 22 people tragically lose their lives on 22 May 2017, the Manchester Remembers match was played ahead of the anniversary last month at Manchester City’s Academy Stadium – with star-studded teams of ex-professionals and celebrities lacing up their boots for the occasion.

Former Manchester City players Peter Reid and Joe Royle were in charge of coaching the celebrities’ team, and longtime football manager ‘Big Sam’ Allardyce headed up the team of ex-players.

The Manchester Remembers match was put together by local business owner Paul Corrigan and firefighter Aaron Lee – who was one of the first responders to attend the scene of the incident, and who had already raised over £40,000 for charities and also established the ‘Hive 22 Running Club’ in the aftermath of the Arena attack.

And now there is a further £82,492 from the match to add to the already-impressive total.

Taking to Twitter to announce the final fundraising total now that it’s all been tallied up, MCR Remembers thanked everyone “for all your support”, and confirmed that all benefitting charities will receive £16,498 each.

The funds were raised for five different charities set up by the families of the victims of the Manchester Arena attack – Chloe and Liam Together Forever Trust, Liv’s Trust, The Megan Hurley Foundation, The Remembering Nell Foundation, and Eilidh’s Trust.

“What happened on that night shocked not just Manchester but the world,” Aaron Lee said ahead of the match.

“We had to do something special and remember those that were so sadly taken from their families and felt launching a city-wide football game would help us raise funds that could really make a difference.”