The UK government-backed scheme will be available immediately at Boots stores and pharmacies nationwide. 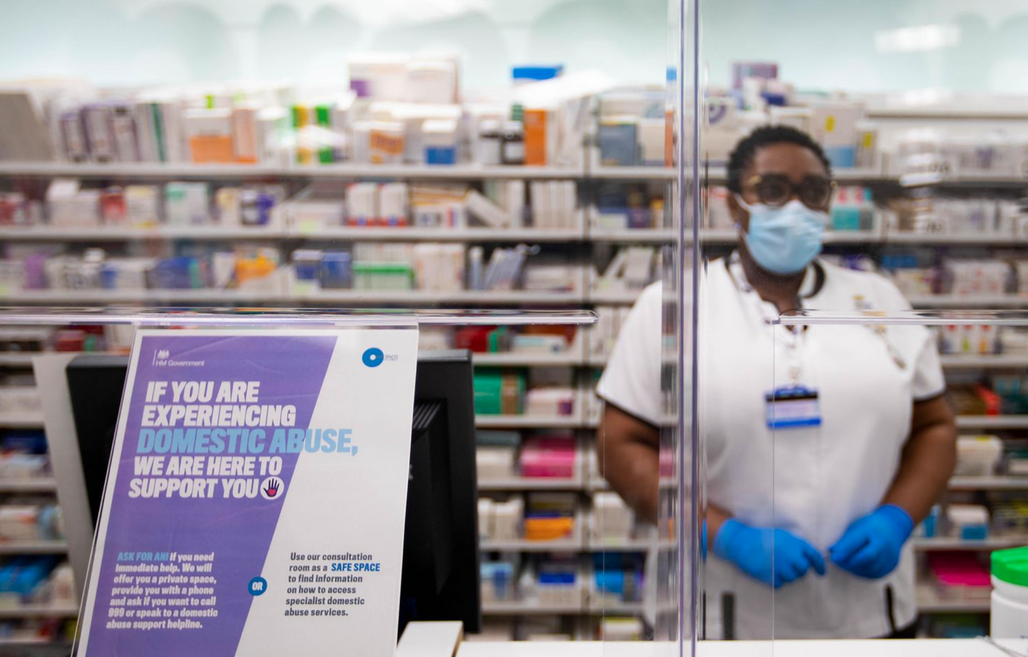 Domestic abuse victims will be now be able to “Ask for Ani” to indicate they need help at pharmacies nationwide as part of a codeword scheme.

Anyone who is suffering from domestic abuse will be able to ask for support without their abusers or other members of the public knowing, and as soon as they “Ask for Ani”, they will be led into a private consulting room where they will be put in touch with the police, relevant support services, or helplines.

The UK government-backed scheme will be available immediately.

It can initially be accessed at 2,300 Boots stores and in 255 independent pharmacies, with other pharmacies are being asked to sign up to the programme.

The scheme follows another initiative launched in May by the charity Hestia, which saw safe spaces installed in the consultation rooms of more than 5,000 pharmacies nationwide, and also resembles the earlier Ask For Angela scheme launched by the Metropolitan Police in bars, pubs and restaurants to prevent sexual violence.

According to figures from the Office for National Statistics (ONS), one in five of the offences reported during and straight after the first national lockdown were related to domestic abuse, and police forces in England and Wales recorded more than 250,000 domestic violence crimes between March and June last year.

During the previous lockdown in England in November, the charity Refuge – which runs the National Domestic Abuse helpline – said it was “very concerned” by the continuing upward trend in demand for its services.

This new pharmacy-based initiative was first proposed during a “hidden harms” web summit hosted by Boris Johnson in June, which examined some of the repercussions of lockdown.

In a statement in the House of Commons, Victoria Atkins – the safeguarding minister – said the scheme would “offer a vital lifeline to all victims, ensuring they get help in a safe and discreet way”, but Jess Phillips – shadow home office minister who speaks on domestic violence and safeguarding – called for more backing for support services.

Ms Phillips said: “Domestic abuse and community support services are currently planning for redundancies in March – quite unbelievable in the middle of a global pandemic and a national lockdown,

“The sector, the Labour party, the domestic abuse and the victims’ commissioner have all called repeatedly for sustainable funding for at least the next year [and] the staff being made redundant are the very people the minister needs for ‘Ask for Ani’ to have any chance of success.”

Atkins said in response that the government had pledged £27 million towards services connected to protecting people who face domestic abuse.