Everything Rishi Sunak just announced in the 2021 Budget

Chancellor Rishi Sunak announced his highly-anticipated 2021 Budget to the House of Commons on Wednesday afternoon. 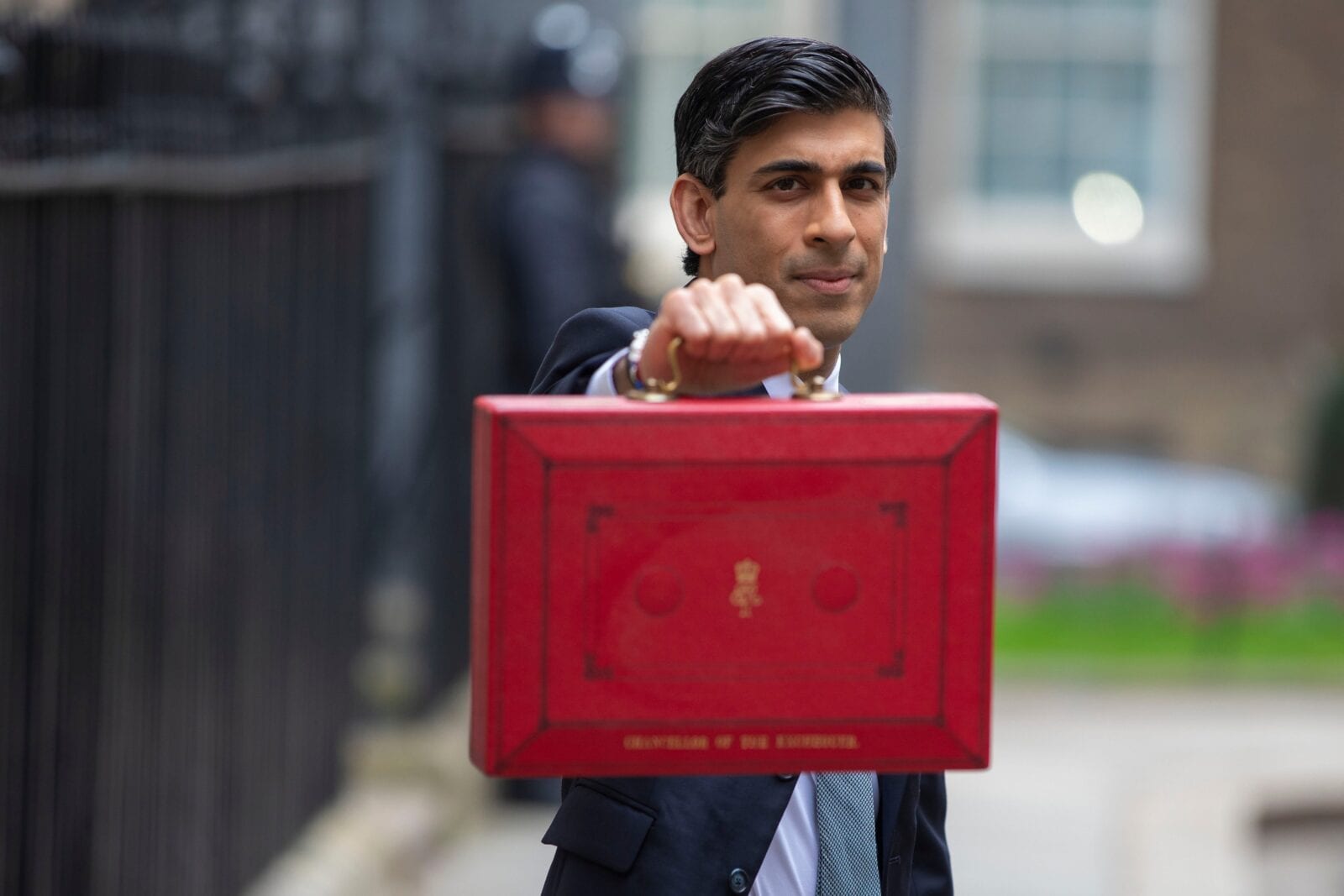 Rishi Sunak announced his Budget to the House of Commons this afternoon – revealing the government’s financial blueprint for recovery after one of the most tumultuous economic years on record.

Whilst the image of the Chancellor holding aloft the iconic red briefcase always attracts interest, the build-up to ‘Budget 2021’ had been accompanied by considerable buzz.

Many businesses have only been permitted to trade for a few months since COVID-19 first forced Britain into lockdown last March, whereas some sectors have remained closed entirely.

With an ‘irreversible’ roadmap to reopen the economy now published, millions have been speculating as to whether financial support will remain available – and how the country will get back on its feet.

Here’s a breakdown of everything Sunak had to say in his address to MPs on March 3.

Sunak’s debut Budget in March 2020 was an anomaly; including a series of policies designed to manage the economic impact of a deadly virus which was, back then, only in its infancy.

But the pandemic quickly spiralled out of control in the aftermath of that address, and the Chancellor has been forced to make regular interventions ever since to keep the economy afloat.

On Wednesday, Sunak announced how the country planned to recover from its £355 billion debt incurred during the past 365 days, as well the financial support that will be accessible.

Sunak unveiled a three-part plan to “protect the jobs and livelihoods of the British people”, predicting a “swifter and more sustained recovery” to pre-COVID levels by the middle of 2022.

The furlough scheme will be extended

The Coronavirus Job Retention Scheme has resulted in millions of employees being furloughed since March – with the government covering 80% of wages for hours staff cannot work.

Around 11 million jobs have been protected as a result.

The Chancellor confirmed on Wednesday that this furlough scheme is set to be extended until September 2021.

However, as the economy reopens again, employers will be expected to make contributions.

From July, companies will need to pay 10% towards furlough payments. This will increase to 20% in August and September.

The National Living Wage will be increased to £8.91 from April.

The Chancellor also confirmed further support for the self-employed in the weeks ahead.

This includes a fourth grant covering February to April, and a fifth grant from May.

Sunak added: “As the tax return deadline has now passed, 600,000 more people, many of whom became self-employed last year, can now claim the 4th and 5th grants.”

Grants are being made available for retail, hospitality and personal care companies

‘Restart Grants’ worth £5 billion are being introduced to support businesses before reopening.

This includes grants of up £18,000 for pubs, hairdressers and gyms.

Non-essential retail premises will be able to claim up to £6,000.

Business rates relief will continue until the end of June.

Apprentice incentive payments are being increased

To help get young people into jobs, the Chancellor has also announced that apprentice incentive payments for businesses will be increased.

“Today we’re doubling the apprentice incentive payments we give businesses to £3,000 – that’s for all new hires, of any age,” he stated.

The Stamp Duty cut is being extended

Sunak also confirmed that the Stamp Duty cut will be extended by three months.

“Then, to smooth the transition back to normal, the nil rate band will be £250,000, double its standard level, until the end of September.”

Planned duty increases for alcohol and fuel are being cancelled

Elsewhere in the Budget, the Chancellor announced that planned increases in duties for spirits like Scotch whisky, wine, cider and beer will all be cancelled.

The planned increase in fuel duty is also being cancelled.

Paying back the debt…

In an attempt to pay back the money borrowed to fund the government’s COVID economic recovery packages – which has led to the highest rate of UK borrowing since World War II – Sunak said that he would be freezing personal tax thresholds.

The Chancellor pledged not to raise the rates of income tax, national insurance, or VAT.

“Nobody’s take home pay will be less than it is now, as a result of this,” Sunak stated.

“It is a tax policy that is progressive and fair.”