The government is to pledge £23 million to fund the building of the park. 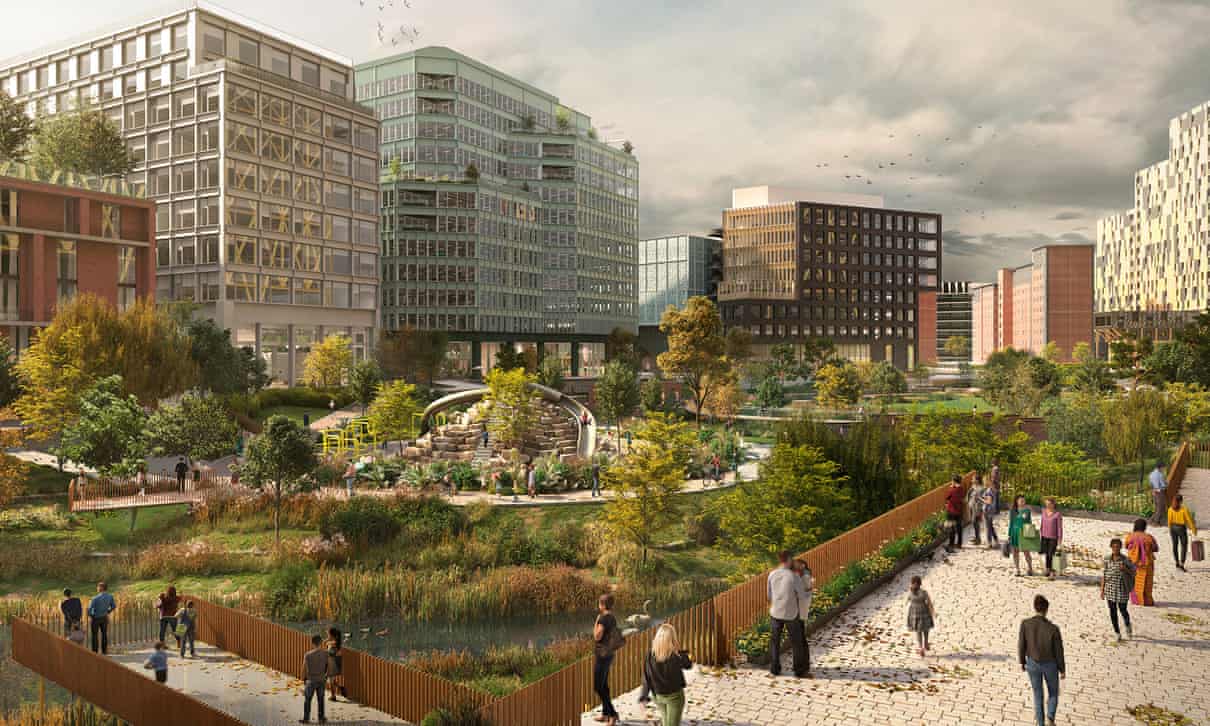 The green light has been given for a new £23 million park in central Manchester and it’s the first park to built in the city centre in 100 years.

Mayfield Park – the 6.5-acre space that has been described as a “beautifully designed and safe urban oasis” and has already been touted as a “once-in-a-generation opportunity” – is part of a £1.4 billion development project in the city centre to transform the under-loved urban area between Manchester Piccadilly station and Mancunian Way, running along the River Medlock.

The government is to pledge £23 million to fund the building of the park.

Funds are said to be coming from the government’s £900m Getting Building Fund, which aims to increase jobs, skills and infrastructure in England in the wake of the coronavirus (COVID-19) pandemic, and similar city centre park projects that are also set to benefit from the fund are planned in Leeds and Sheffield.

It will also oversee the building of 1,500 homes, offices, a hotel, retail and leisure space, roads, cycleways and walkways in the city.

Sir Richard Leese, Leader of Manchester City Council, said: “The truly transformative potential of the Mayfield project should not be underestimated, and this funding will not just unlock the opportunity to bring forward the new city park, but in reality paves the way for the entire Mayfield project to be delivered over the next decade, which is without doubt one of the best connected sites in the region, directly adjacent to Piccadilly Train Station.”

“To provide a new green space in the city centre at the scale proposed is a once in a generation opportunity to bring life back to an underused part of the city centre, and create a real destination of choice. In fact, it wouldn’t be a stretch to consider the Mayfield site as a 24-acre new urban landscape, providing a green environment that accommodates significant buildings planned for the site – rather than the traditional idea of green space sitting adjacent to new development.”

“This is the sort of ambition we should be pitching for when we consider how we use urban space differently in the future to develop new green spaces for the benefit of our communities.”

“This investment is particularly welcome at a time when Manchester is focused on economic recovery following the pandemic [and] the Mayfield project illustrates a city determined to continue to grow and be successful for our residents, while generating significant employment opportunities.”

The announcement of the Getting Building Fund and the Mayfield Park green light has prompted a number of public bodies and grassroots organisations to say the coronavirus pandemic has highlighted the importance of outdoor spaces for communities.

There are now calls on the government to increase resources for existing parks following the decimation of local authority budgets over the past decade, as figures obtained from UK councils by Unison in 2018 found that more than £15 million had been cut from parks and green spaces budgets between 2016-17 and 2018-19.

Dave Morris, Chair of the National Federation of Parks and Green Spaces, said that the lack of funding for park services had been highlighted by the increased use of public green spaces during the national lockdown.

He said: “Under the current public health restrictions, there’s been a massive increase in the usage of public green spaces, but there hasn’t been a comparable increase in the resources that is put into managing and maintaining these spaces,”

“We need to ensure that the whole population have access to a quality local public green space within walking distance of where they live. In many areas there’s a need for additional green spaces”.