First look: inside Pollen’s new garden side cafe at Kampus

Pollen opens its new garden cafe at Kampus next week. We went down for a sneak peek. 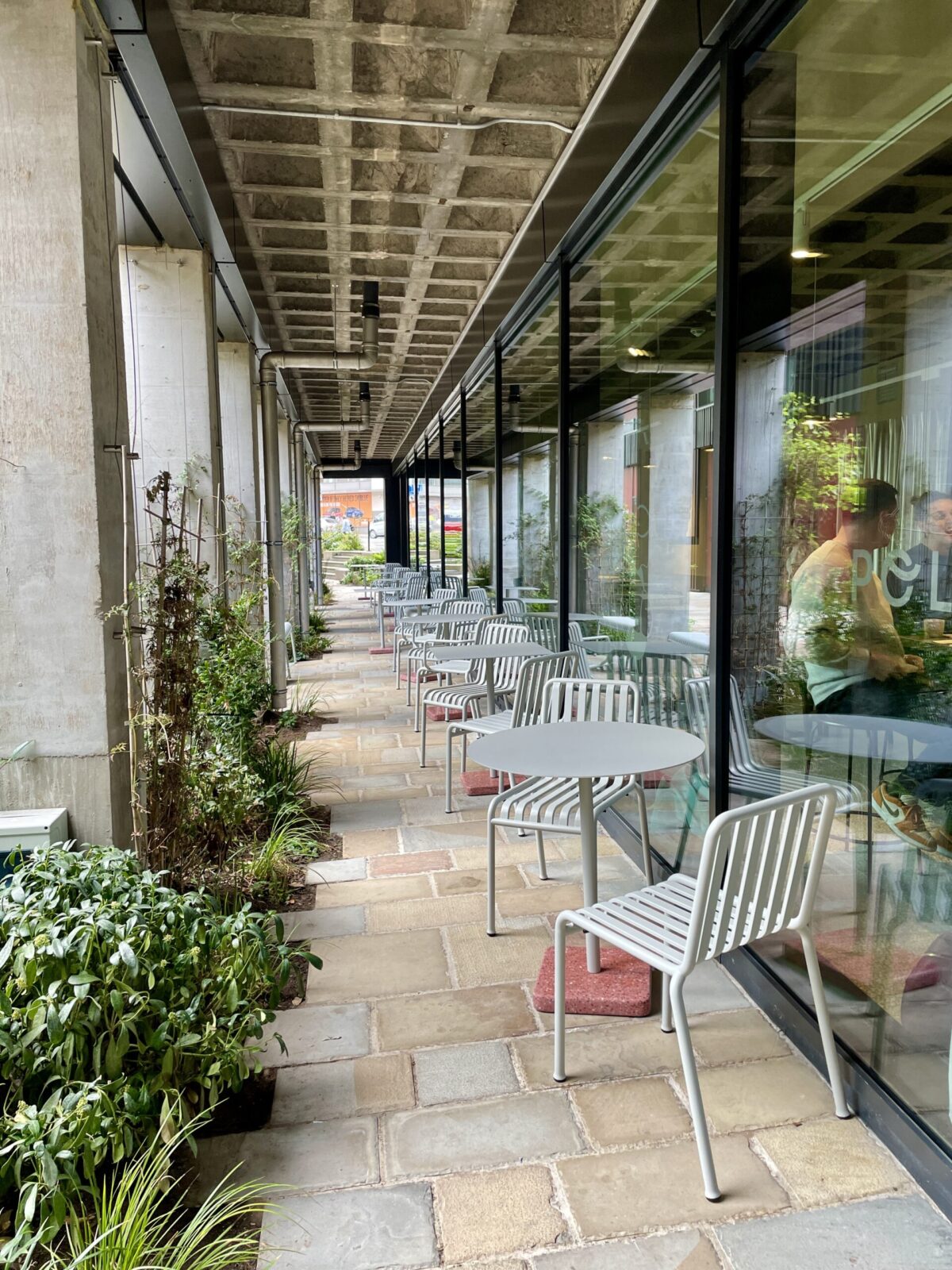 From a fledgling opening in an archway on back Piccadilly to two city centre cafes in the space of just seven years, Pollen is the Manchester bakery that needs no introduction.

Founded by bankers-turned-bakers Hannah Calvert and Chris Kelly in 2016, early fans happily queued – sometimes for hours – in the wind and rain to get their hands on its inaugural stuffed cruffins and loaves of sourdough.

It outgrew that little archway in 2018 and soon set its sights on a new location at Cotton Field Wharf near Ancoats Marina, launching a crowdfunder for the site and smashing its fundraising target in the space of just one day.

That move also saw it expand its offering, developing a new brunch menu and sandwich selection to complement its bakery and coffee counter.

Now, Pollen has grown up once again – opening a second, significantly larger site down at the new, Gay Village-adjacent garden neighbourhood, Kampus.

With a brand new menu, a covered, al fresco dining area looking out into the garden, and a sleek glass kitchen that allows diners to watch pastries being rolled and shaped whilst they brunch, it looks set to be a triumph.

Invited for breakfast ahead of its opening on Thursday 9 June, we tuck into platefuls of perfectly laminated pastries still warm from the oven – washed down with cups of steaming black coffee and fresh orange juice.

Breakfast dishes include the likes of an egg bun – the egg itself a perfectly formed square, oozing with added Westcombe cheddar and flecked with a sprig of watercress – and a BLT with smoked streaky bacon, butterhead lettuce, and house-made charred tomato ketchup.

The new site, conveniently close to Piccadilly for commuters hanging about before a train, enables Pollen to re-house its pastry team in a brand new kitchen.

Co-owner Chris explained: “Our second location in Kampus forms part of our evolution and growth.

“After drastically running out of space at our Ancoats bakery, the new location re-homes our pastry team in a dedicated pastry kitchen behind a glass gallery so you can see all the action taking place throughout the day and the masters at work.

“We will still serve the full range as usual at the Marina, but the new kitchen will allow us so much
more creative freedom.

“With a bigger café space, we’re creating a brand new, modern, refined menu which will change with the seasons and showcasing the best produce available at the time.”

Pollen’s move to the neighbourhood kicks off a summer jam-packed with new openings, as Kampus gears up to welcome joins a raft of other lauded independents including Madre’s Mexican Taqueria, Great North Pie Company, Beeswing Wine Bar, Cloudwater beer hall and General Store.

The garden neighbourhood will also host a new night market this summer in partnership with Ancoats pop-up markets.

It officially opens its doors next week from Thursday 9 June.