MOST bakery is a real family affair, with the couple's 8-year-old daughter even pitching in 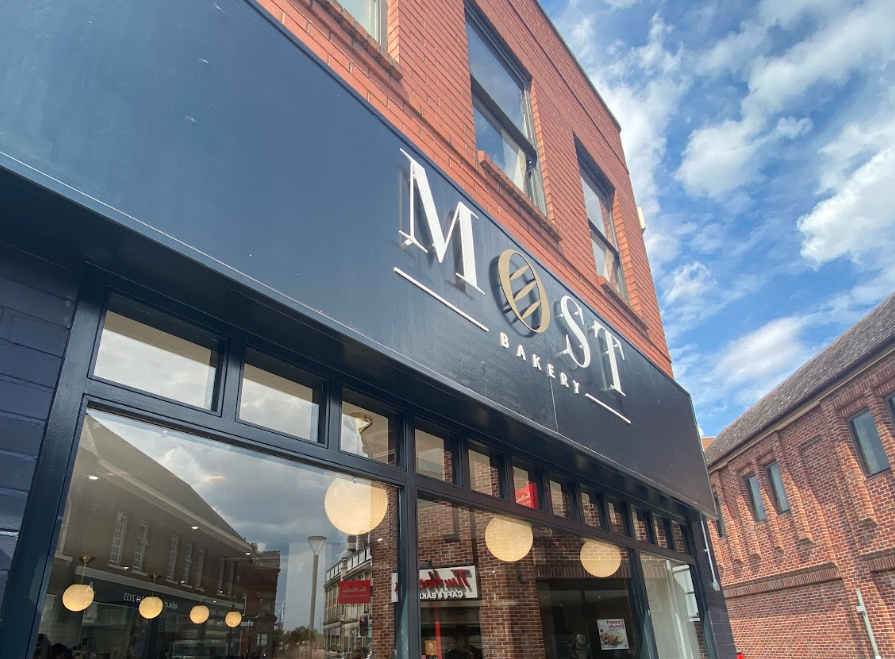 A former primary school teacher has opened a new family-run bakery in Altrincham, taking over the old Warrens Bakery space.

Building on the success of his lockdown bread delivery business initially launched from a home-based micro bakery, ex-teacher Matt Townley and his partner Suze, herself a former solicitor, have just made the full-time move into hospitality.

Called MOST, the new bakery is very much a family affair – with their eight-year-old daughter even heading up the gingerbread section (when she’s not in school, that is).

It opened this weekend in the heart of the Trafford market town, celebrating by giving away 100 free brownies, free gingerbreads for the kids and £1 cupcakes to locals.

At MOST, customers can get their hands on eight different types of slow-fermented bread, classic and savoury croissants, pain au chocolat, cruffins, a selection of cakes, tarts, cookies, choux pastries and brownies.

And that’s not all.

Alongside the sweet treats will be brews from Kickback Coffee, wines from Reserve Wines, as well as deli items like cheese, butter, smoked salmon and kimchi, all sourced from local suppliers.

Playing into the family angle, they’ll also be hosting breadmaking classes for children and adults to take together over the coming months.

Classes will launch with ‘Bread & Beer’, teaching guests to make bread using spent grains from a nearby brewery.

Speaking on the new opening, Matt Townley said: “There’s often a local bakery at the heart of every town and we want to create a warm and friendly community hub for the people of Altrincham, while serving amazing freshly baked bread, pastries and other treats.”

Read more: A Manc’s Guide to | Altrincham – officially one of the best places to live in the UK