Shane Sharkey suffered a heart attack at the wheel of his HGV on the motorway and collided with the central reservation. 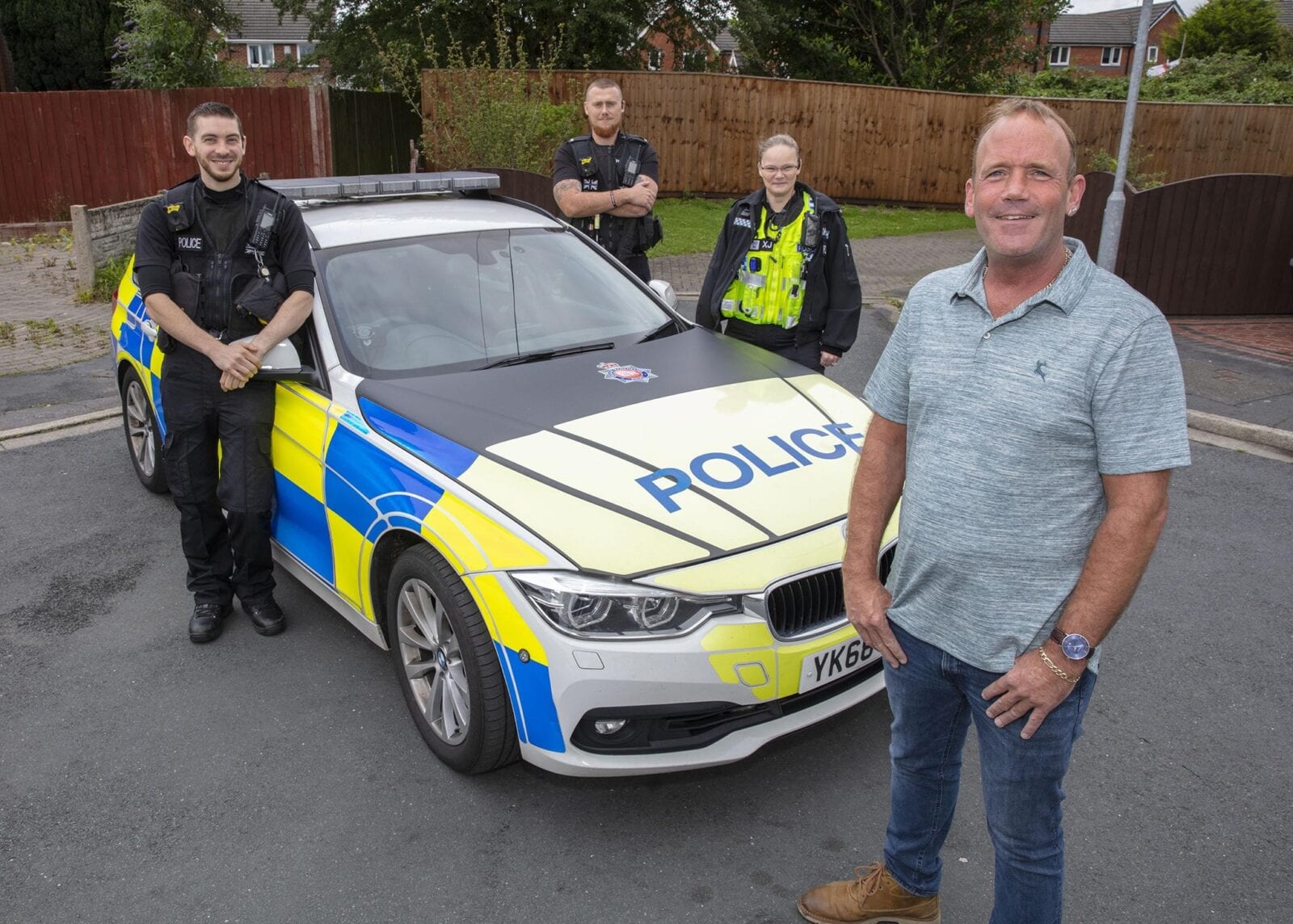 Greater Manchester Police has shared a story of two officers who helped save the life of a member of the public who suffered a heart attack at the wheel of his HGV on the motorway and collided with the central reservation.

Whilst on shift travelling along the M60, PC Chris Pixton and PC Patrick Geoghegan-Shaw came across Shane Sharkey who moments earlier had suffered a Cardiac Arrest at the wheel, which meant he lost control of his HGV and collided with the concrete central reservation.

The collision caused extensive damage to the vehicle and resulted in its contents being emptied across both carriageways.

Without hesitation, the two officers stopped and ran over to the collision.

PC Pixton pulled Mr Sharkey, who was unresponsive, out of the now smoking HGV and PC Pixton, alongside a member of the public with first aid training who bravely came to assist, tried to revive Mr Sharkey using the de-fib in the officers’ possession and performed CPR for at least 10 minutes.

PC Geoghegan-Shaw helped give first aid to the victim, as well as collating witness details on the incident, until the ambulance service arrived to take over medical care.

Mr Starkey was taken to Salford Royal Hospital in a critical condition and is now making a steady recovery.

A third GMP officer, PC Nicola Greenhalgh – who is part of the Serious Collision Investigation Unit (SCIU) – attended the hospital to get updates on the victim and whilst there, supported the victim’s partner who, due to COVID-19, had to attend the hospital alone.

Superintendent Richard Timson – Greater Manchester Police’s South Manchester District Commander – said: “This was a true act of bravery. Both officers acted swiftly and their quick thinking saved the driver of the HGV.

“PC Pixton has recently completed police medical training and PC Geoghegan-Shaw is currently part-way through the course. This incident highlights the importance of the skills officers learn on this course and I’m glad that they were both able to, in a high-pressured situation, but into practise what they had learnt. I am proud of courage and professionalism they displayed.

“I would also like to thank the member of the public who also demonstrated great courage in assisting with giving Mr Sharkey first aid.

“I am pleased to hear that Mr Sharkey is making a recovery with the support of his partner Debra who wrote a letter of thanks to all the officers involved expressing her gratitude for their actions.”

PC Chris Pixton, said: “I’m delighted that Shane is now on the road to recovery with the support of his partner.

“Responding to the incident truly was a team effort between the brave members of public and all the emergency services, who came together to ensure the scene was made safe and administer life-saving care. This is no doubt one of those defining moments in my job that will stay with me and I’m thankful that we could make a difference.

“I am also thankful for the additional training of the medic role, as without it I wouldn’t have been able to act as I did, or have been in possession of the kit that I had.”