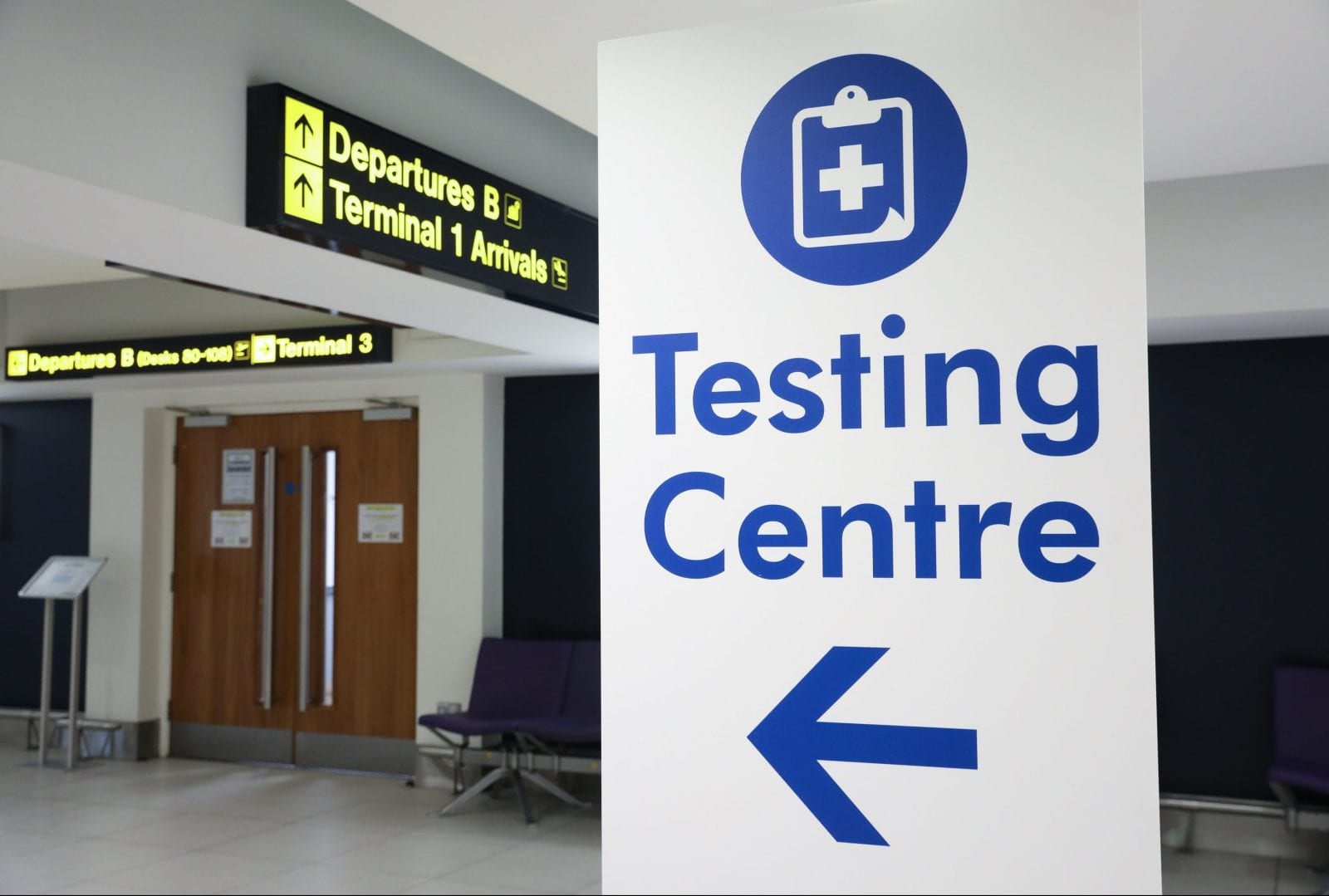 The group has made an appeal to add a fourth category to the UK government’s traffic light travel system – which would mean that passengers don’t have to take a COVID test – after it reported that passenger numbers plummeted by 90% over the last 12 months of the pandemic.

There have also been 465 redundancies made, as well as more than 1,500 by external contractors, plus an ongoing consultation over a further 138 jobs, and pay cuts.

Leaders at Manchester Airport Group (MAG) now argue that “plotting a path to restriction-free travel” will be key to the revival of the travel sector, with a roadmap based on “greater cooperation” needed between the UK government and its overseas counterparts to share information about the emergence of new COVID-19 variants of concern.

It says this fourth category would crucially eliminate the need for travellers to take expensive PCR tests on their return.

Currently, as part of the traffic light travel system – which is set to come into play from 17th May following review and categorises countries as red, amber or green based on the risk associated with visiting them – the UK government proposes that all passengers, even those returning from the lowest risk ‘green’ destinations, will have to take a PCR test so that it can gather data that will help with genomic sequencing, but MAG has said this could be avoided if governments worked together on sequencing and sharing data on variants.

MAG said that a restriction-free category that capitalises on the success of the UK’s world-leading vaccination programme would “remove significant personal cost to passengers” and inject “much-needed confidence” into the UK aviation sector ahead of what will be a critical summer season.

“The UK government is among the first to have set out proposals for a system that enables international travel to resume and should be applauded for taking the lead.” said MAG’s CEO, Charlie Cornish.

“After more than a year of almost total shutdown, and with so many jobs and so much economic value at stake, it’s really important we get people moving again once it is safe to do so [and] we now need the government to confirm the 17th May start date as soon as possible, along with the list of countries that fall into each ‘traffic light’ category.”

He continued: “The price tag attached to testing will hold back the recovery and hinder the sector’s ability to power the UK’s economic revival as a whole [though].

“The requirement to complete a PCR test on return from even the safest countries adds potentially unnecessary cost and the government’s attention must now turn to finding smarter and more affordable ways to manage the risk posed by new variants of concern [which] should be achieved by forging ever-closer partnerships with key markets and developing transparent ways of sharing data into these variants so they can be effectively contained.

“Where we can trust data from other countries, forcing people to spend money on expensive PCR tests, to obtain the very same information, would represent a colossal waste of everyone’s money”.

He concluded: “Only by setting ourselves on a course back to restriction-free travel now will the aviation industry find itself on a road to full recovery”.

You can find more information via the MAG website here.