The National Football Museum, Wythenshawe Active Lifestyle Centre, and The Place at Platt Lane are just some of the buildings to benefit from decarbonisation. 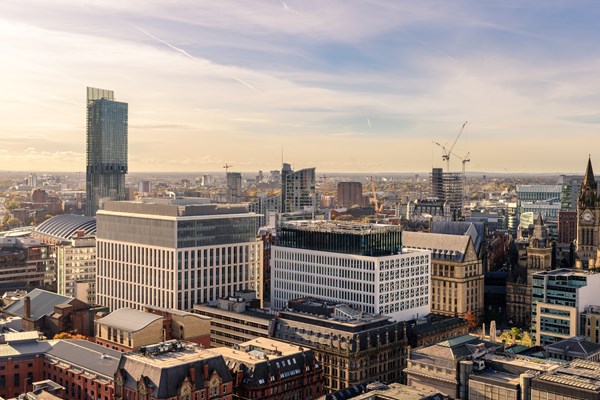 Manchester City Council is to spend almost £6 million on further work to reduce carbon emissions from buildings across Manchester.

In what is said to be another step towards the Council’s ambitious goal of halving its direct carbon emissions by 2025 as it works towards the region-wide target of becoming carbon neutral by 2038, a whopping £4.9 million in Government funding for work to reduce emissions has now been secured.

With a further Council contribution of £1 million, almost £6 million will now be spent on delivering a scheme to cut emissions from seven significant buildings across Manchester.

According to the Council, the funding has been awarded in the latest round of the Department for Business, Energy and Industrial Strategy’s Public Sector Decarbonisation Scheme – which is being delivered by Salix Finance as part of a joint bid along with Greater Manchester Combined Authority (GMCA)

A previous £19.1 million awarded under the scheme has already seen work to reduce emissions in 13 council buildings – including the National Aquatics Centre, National Cycling Centre, and Town Hall Extension.

The buildings set to benefit from decarbonisation with this funding are:

The latest scheme will predominantly be used for the installation of air source heat pumps, the Council explained, with additional funding to be allocated or the use of solar photovoltaic panels and LED lights “where appropriate”.

“Taking action to retrofit these buildings and significantly improve their energy efficiency is one of the ways we are facing up to the urgent challenge of climate change.

“I am pleased that we have been able to secure further funding to support this ambition.

“We will continue to pursue the potential for retrofitting, whether for our buildings or the city’s wider housing stock.”

“We are delighted to be working with Manchester City Council on the decarbonisation journey,” added Arthur Jones – Programme Co-ordinator at Salix Finance.

“This will have a significant impact for the wider community as a whole.”