This year, Festival Square will move to Cathedral Gardens 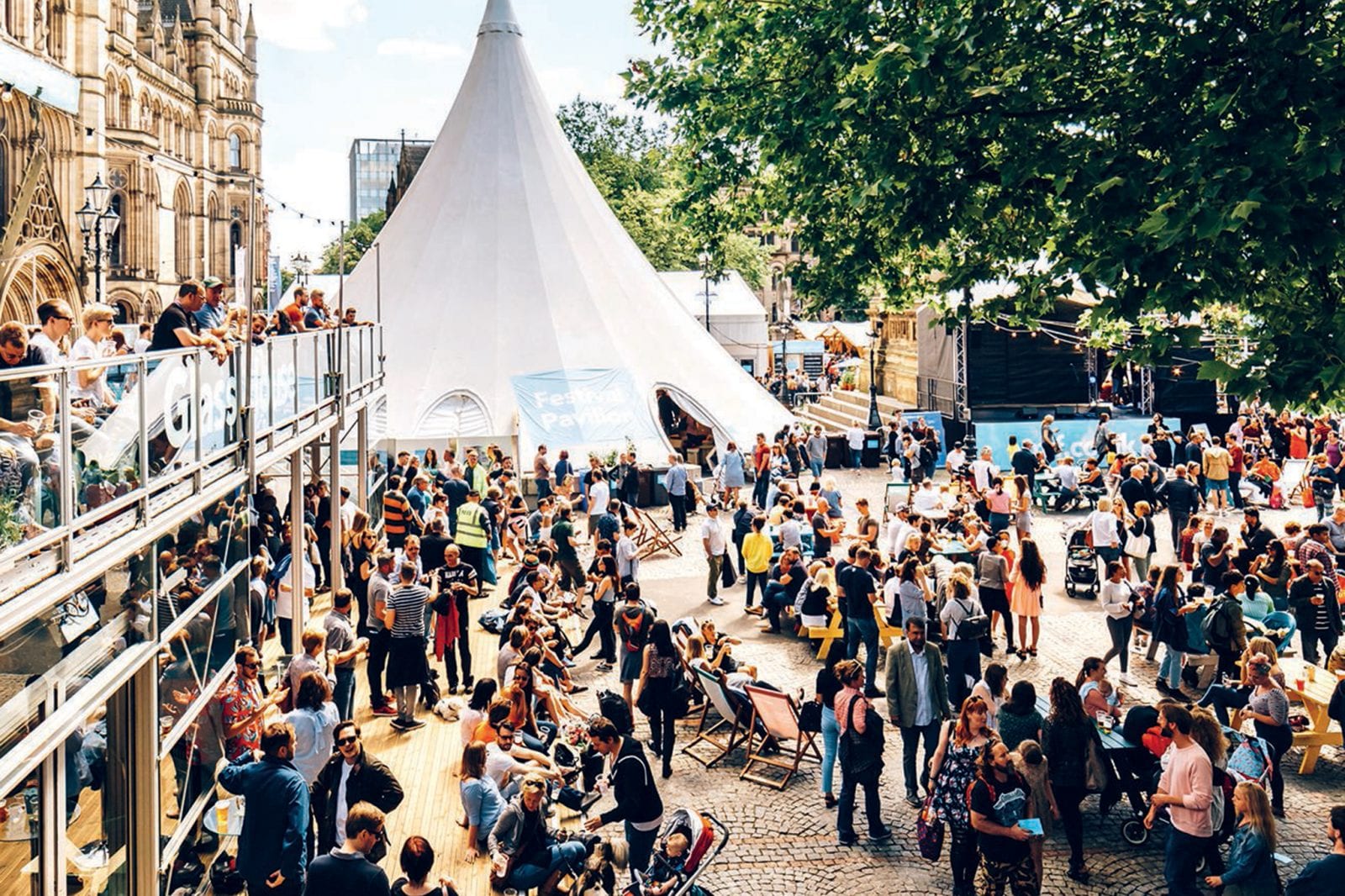 The food, drink and music lineup for the Manchester International Festival (MIF) Festival Square 2021 has officially been revealed.

Moving into the square’s outdoor kitchens this year will be pizzaiolos Honest Crust, a new vegan offering Stellar and a selection of traders from Mary Ellen McTague’s Eat Well MCR.

Heathcote&Co will also be in attendance serving up a selection of affogatos, ice cream floats and speciality coffees.

Meanwhile, Mary Ellen McTague’s social enterprise Eat Well MCR Marketplace – formed in the first lockdown to turn food waste into healthy meals for the vulnerable – will be well represented at the square with a slew of daily specials from the collective’s members.

Local Eat Well traders and chefs such as ISCA and The Refuge will look to create limited edition specials for ‘build your own’ picnic boxes – with all profits going back into the initiative’s community support work.

McTague is no stranger to MIF, having hosted an Alice in Wonderland-themed dinner in 2019.

Speaking on the new collaboration, McTague said: “Manchester International Festival is the perfect platform to showcase our wonderful marketplace of suppliers – the chefs and restaurants in our amazing collective – so we can tell our story to the wider community, all whilst raising much-needed funds to continue our support work.”

The festival hub will move to Cathedral Gardens for 2021 due to ongoing renovations at the Town Hall.

On the music front, a busy programme will be split across three stages – with different nights curated by the likes of Homoelectric, Dave Haslam, DJ Paulette, Jamz Supernova, Mr Scruff and BBC Music Introducing.

Performances by emerging talents, meanwhile, have been curated through MIF Sounds.

Formed to encourage creatives to keep going through last year’s turbulent events, it will see DJ collective All Hands On Deck, Swing Ting label boss Balraj Samrai and singer One Da all take over the square at different points.

Manchester International Festival 2021 runs from July 1 – 18, with tickets available from May 20.