Owners described getting their hands on the extremely rare Jordans as being like 'looking [for] and finding a rare or unseen Pokemon.' 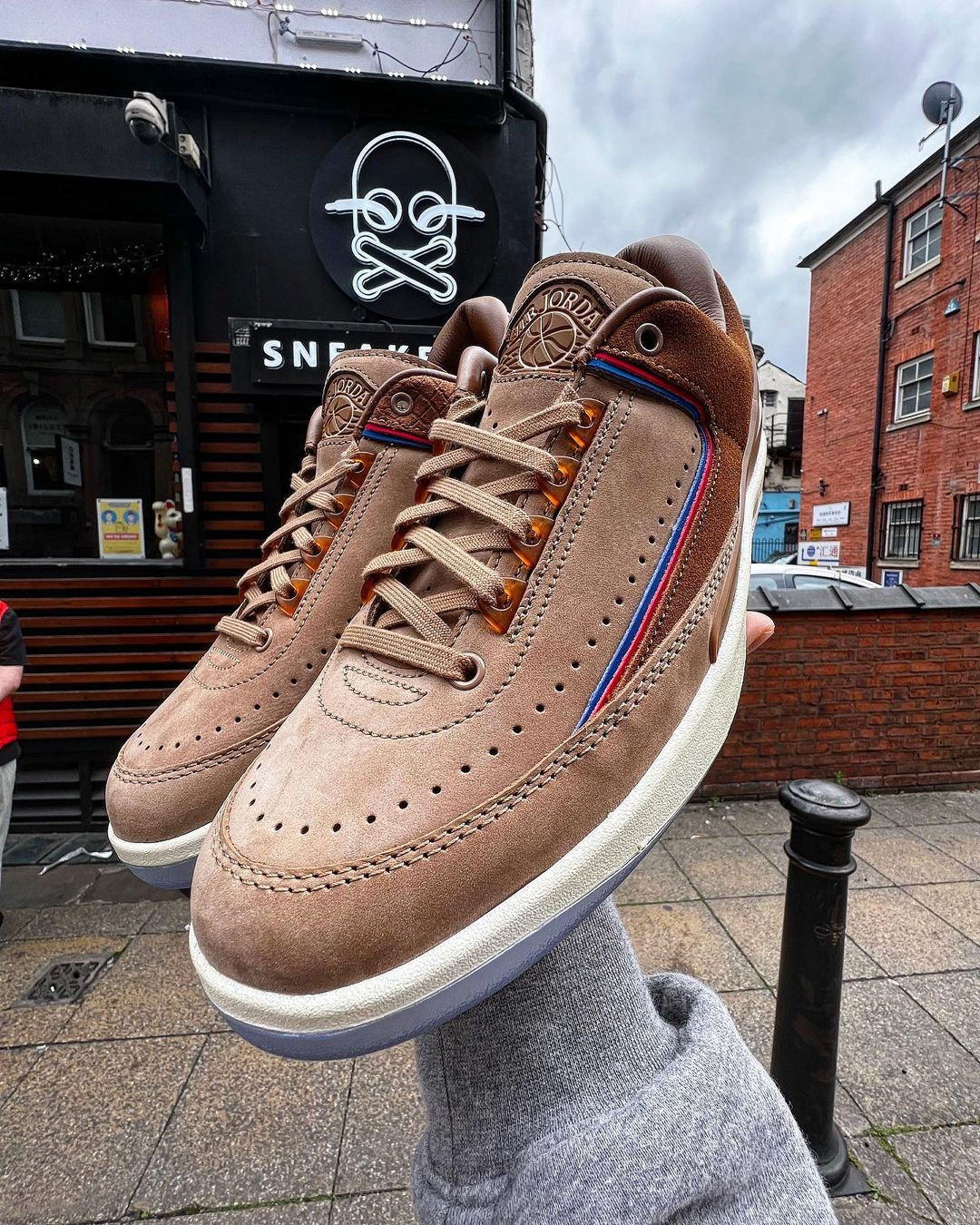 Underground Manchester trainer consignment store Sneaker 63 has made headlines around the world this morning after sharing a ‘first world look’ at the latest pair of rare Nike Air Jordans ahead of their official release.

The first shop in the world to show the brand new Air Jordan 2 Low x Two 18 collab, thanks to the ‘leak’ the hidden Chinatown trainer store has blown up across the globe overnight – getting media coverage from sneaker fans in America, Brazil, Japan and Hong Kong.

The store is known for getting its hands on super-rare pairs of trainers and is full to the brim with elite and exclusive designs, some of which sell for as much as £6,000.

And whilst they tell us that these new Aid Jordan 2s are more likely to go for around the £200 mark, the prestige of having the shoe first is worth way more than the shoe’s retail value.

Speaking to The Manc, they described getting their hands on these extremely rare Jordans first as being like ‘looking [for] and finding a rare or unseen Pokemon.’

Created by Detroit sneaker retailer Two 18 in collaboration with Jordan, the shoes feature a full suede build with tonal browns covering the upper and leather liner with subtle red and blue paneling.

The soles feature Two 18 branding, whilst the tongue is dressed in the usual Wings logo.

Owner Jack Chen has some great connections in the sneaker world, cultivated through meets and events he goes to, and is helping to put Manchester on the map for sneakerheads.

It certainly seems to have worked. Since opening the store in Chinatown in 2019, Manchester has welcomed the arrival of quite a few more shops in Sneaker63’s image – Kershkicks, Kick Game, and Crespslocker, to be precise.

Jordan has made the Air Jordan 2s a priority for this year, and whilst Sneaker 63 tell us the UK ‘isn’t ready for Jordan 2 at the moment’ that hasn’t stopped them from getting ahead of the curb and debuting the new shoe collab.

Since sharing the post yesterday, the store has featured on the front pages of some of the world’s best sneaker pages – including Nice Kicks and the Japanese page Up to Date, both followed by big-name sneakerheads and rappers like Michael Jordan’s son Marcus Jordan, Pigeon SB dunk designer Jeff Staple, and rappers Mayor and PJ Tucker.

Other rare pairs the store has stocked in recent years include players’ edition shoes made for the Oregon basketball team; a limited, executive-level ‘friends and family’ release of Para’s Nike Airmax 1 collab; Chinese New Year custom Jordans 1’s (one of just 50 pairs in the world); and a leaked early pair of the Travis Scott x Jordan collaboration.

Whilst Jordan Brand and Two 18 are yet to officially comment on this collaboration, it’s exciting to see an independent Manchester store putting the city on the map in such a big way.