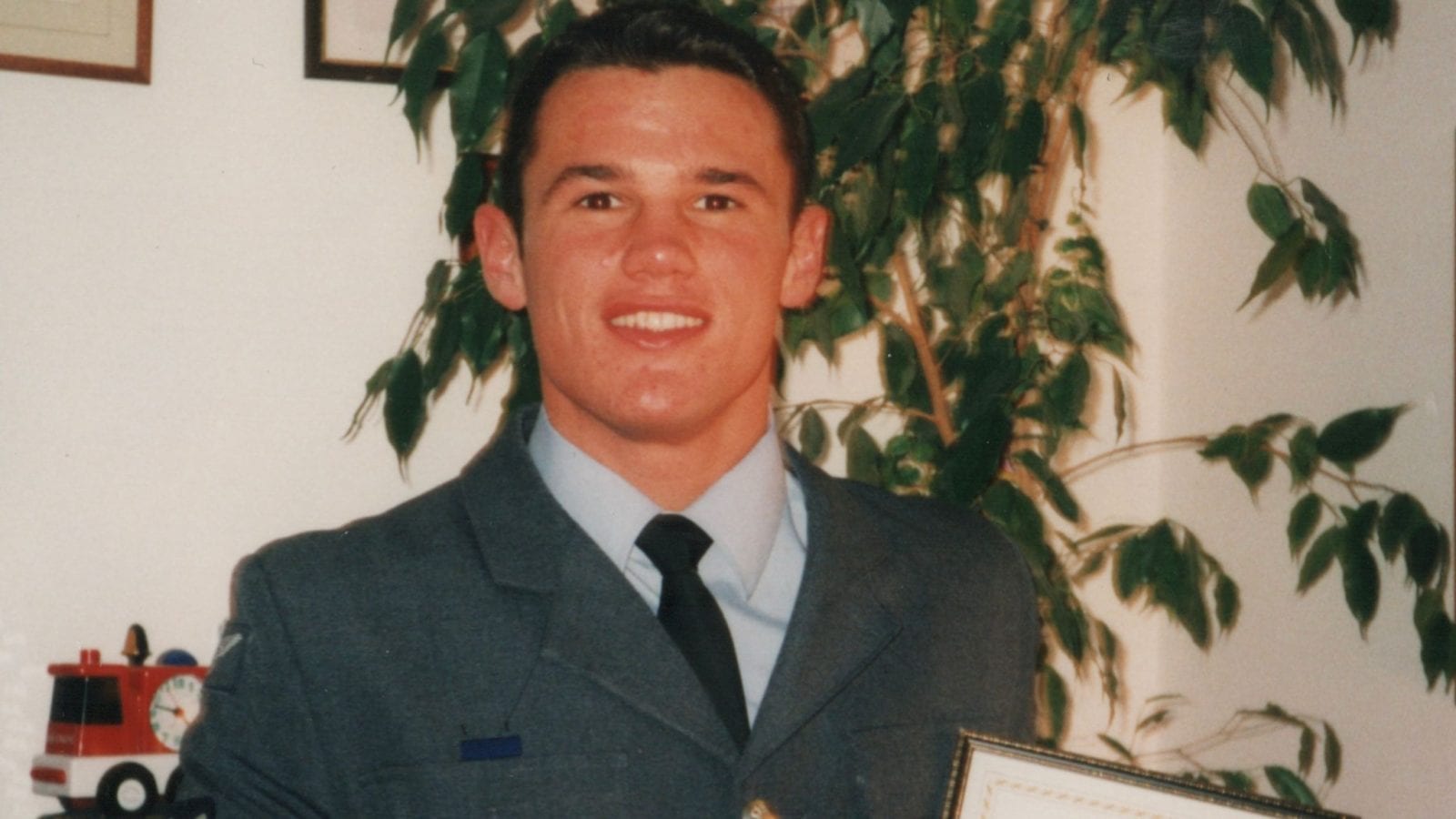 A former Manchester Councillor and Mayor will now be allowed to reclaim any confiscated medals he won during his service.

It comes after the Ministry of Defence (MoD) announced on Tuesday that those who were wrongly sacked – prior to a change in policy in 2000 that allowed previously-banned gay people to serve – will now be able to reclaim medals that were confiscated from them.

The MoD said it wanted to address a “historical wrong”.

Prime Minister Boris Johnson added that: “Those who serve in our Armed Forces deserve every recognition for their service [and] it was a very great injustice that this was denied to some members simply because of their sexuality.

“I hugely welcome the fact we can now address this historic wrong.”

Carl Austin-Behan OBE – who served on Manchester City Council from 2011-2018, and was the city’s first openly gay Lord Mayor in 2016-2017 – joined the Royal Air Force (RAF) in 1991 when he was 19 years old, and had a busy career that included saving a fellow pilot from a burning aircraft, which subsequently saw him commended for his actions in the Queen’s Honours list of 1991.

But in 1997, he was called in to see senior RAF personnel and the RAF police.

Speaking to Sky News about the moment dismissed from service, Mr Austin-Behan said: “When they asked if I was a homosexual I knew my life was about to change.

“I know I could’ve said ‘no’ but there comes a point in time when you have to be true to yourself [and] as they began to ask me again, I broke down crying before they could finish. Within a day, I lost the job that I had signed up to for 20 years, lost my home and lost all my friends.

“I felt like I’d let everyone down [and] my life just tumbled around me.

“Due to my exemplary service record, the awards I received, and the charity work I’d undertaken, they decided to suspend me from duty rather than send me to military prison, which was still an option [and] I was marched off camp within an hour, just enough time to be able to throw everything I had into boxes, which the RAF would deliver to an address of my choice.”

Mr Austin-Behan – who is currently the deputy lord lieutenant of Greater Manchester, and trustee of the LGBT+ veterans’ charity Fighting With Pride – took to Twitter to say the move was “welcomed” and that he hoped it would be the start of “a long-overdue support package for our LGBT veterans who were discharged due to their sexuality”.

Following yesterday’s groundbreaking move, veterans minister Johnny Mercer apologised for the historic policy, saying: “Where we have had discriminatory policies like this, I apologise [and] I hope today’s announcement will go some way – clearly it will never go all the way – to redressing the pain caused over the years by the policy of discriminating against the LGBT community.”

A statement on the gov.uk website reads: “Prior to 2000, a number of armed forces personnel were discharged from service on the basis of their sexuality.

“Some received convictions under specified legislation for homosexual behaviour that has now been de-criminalised, while others were discharged solely on the basis of their sexuality, without any conviction.

“In the course of their discharge, some personnel either forfeited medals directly, or were prevented from continuing to serve and thus denied the ability to regain medals that might previously have been forfeited for unrelated reasons.

“The MoD is committed to addressing this historical wrong and is introducing a policy which enables individuals to apply to have their medals restored.”

Under the scheme, affected former personnel can apply to have their case reviewed by the defence council, with successful applicants receiving a new medal from the MoD’s Medal Office, and relatives of affected ex-military members who have since died are also able to apply for a review.

You can find more information via the Ministry of Defence website here.