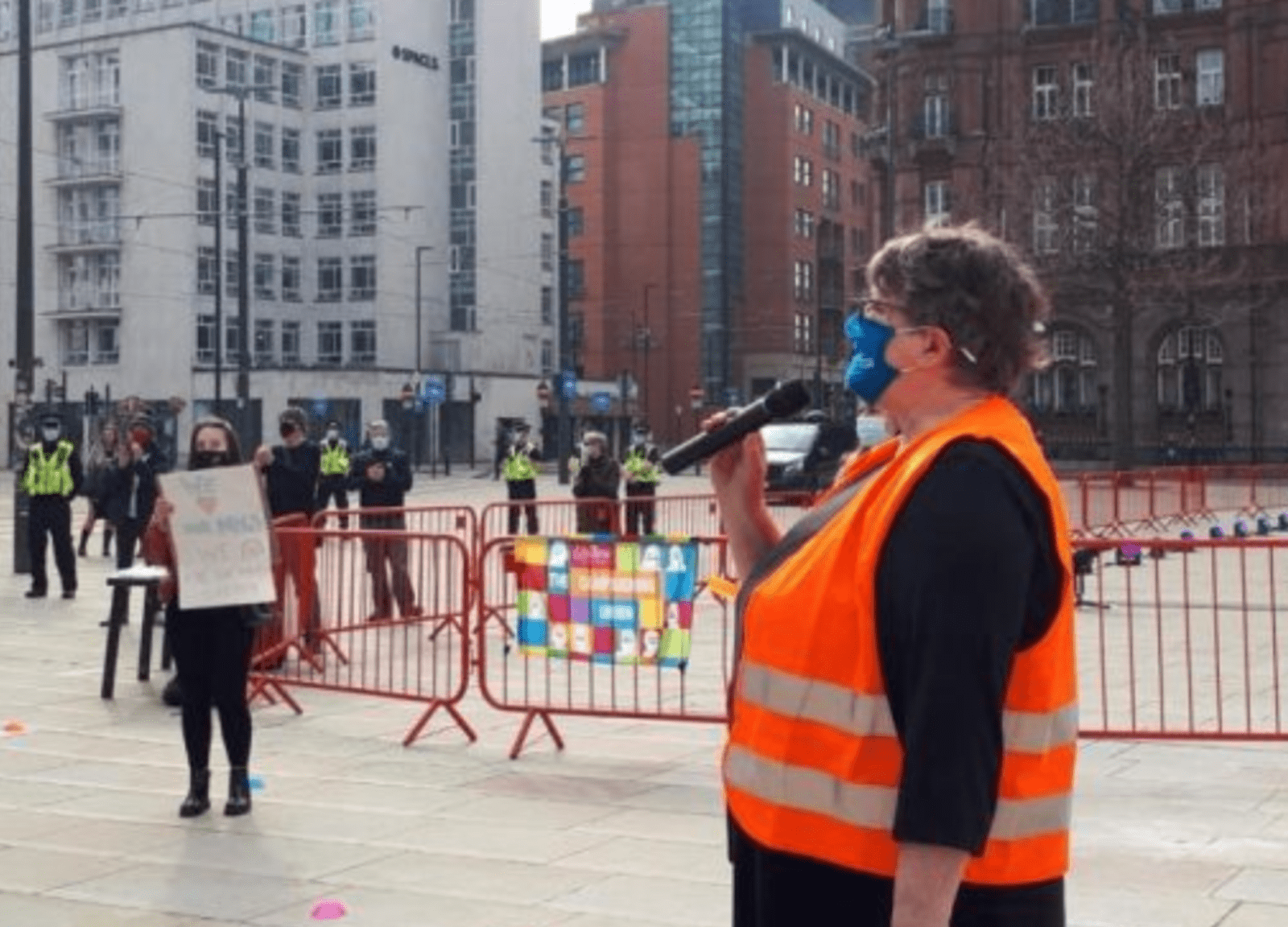 Two nurses have won compensation after being fined £10,000 during a socially-distanced NHS pay protest during lockdown.

Karen Reissmann – a 61-year-old frontline NHS nurse, who worked throughout the pandemic – organised a socially-distanced demonstration outside in St Peter’s Square in Manchester city centre on 7 March 2021 to protest against the government’s proposed 1% pay rise for NHS workers.

Even though only around 40 people were expected to attend, Ms Reissmann was informed by Greater Manchester Police (GMP) officers that the protest was not permitted under the COVID-19 regulations and could not go ahead.

She was then fined £10,000 for organising the protest, and was cautioned by a police officer.

Ms Gallagher, also an NHS frontline nurse who was 65 years old at the time, was arrested by the police, and later de-arrested and fined £200 for contravening the COVID-19 regulations.

Faced with having to pay the fines and report themselves to their professional body, the Nursing and Midwifery Council, the nurses then decided to instruct lawyers, Bindmans LLP, to challenge their fines.

Initially, Greater Manchester Police defended the £10,000 fine as “proportionate, legal, accountable and necessary in the circumstances” – but now, after legal proceedings were brought against the force, it has agreed to settle the nurses’ claims for compensation, and has also accepted that Ms Gallagher’s arrest had been unlawful, and the fines were unlawfully imposed, subsequently agreeing to withdraw them.

The police conceded that they had “misunderstood the effects” of the COVID-19 regulations.

“The force however refused to apologise to Ms Reissmann for the distress caused to her by the £10,000 fine, or for the professional embarrassment the criminal sanction caused her,” Bindmans LLP did however say in a statement on the case.

“The police have also refused to make a fulsome apology to Ms Gallagher for her arrest and the impact that this had on her.”

Commenting on the compensation claim win, Ms Reissmann said: “In March 2021, the NHS had 100,000 unfilled vacancies [and] when the government offered a 1% pay rise to traumatised and exhausted health workers after a year of battling the pandemic, we knew this situation would only get worse – we needed to protest to protect the NHS.

“I received a fine 200 times the amount of the fine Boris Johnson has received. Why, when the protest I organised was lawful and intended to improve the world, not party in a flagrant abuse of the rules?”

“Over a hundred thousand people died in the UK from COVID-19 [and] millions are on NHS waiting lists – the Prime Minister should be resigning over this, as well as his parties.”