Eden Project North aims to "re-imagine Morecambe as a seaside resort for the 21st Century". 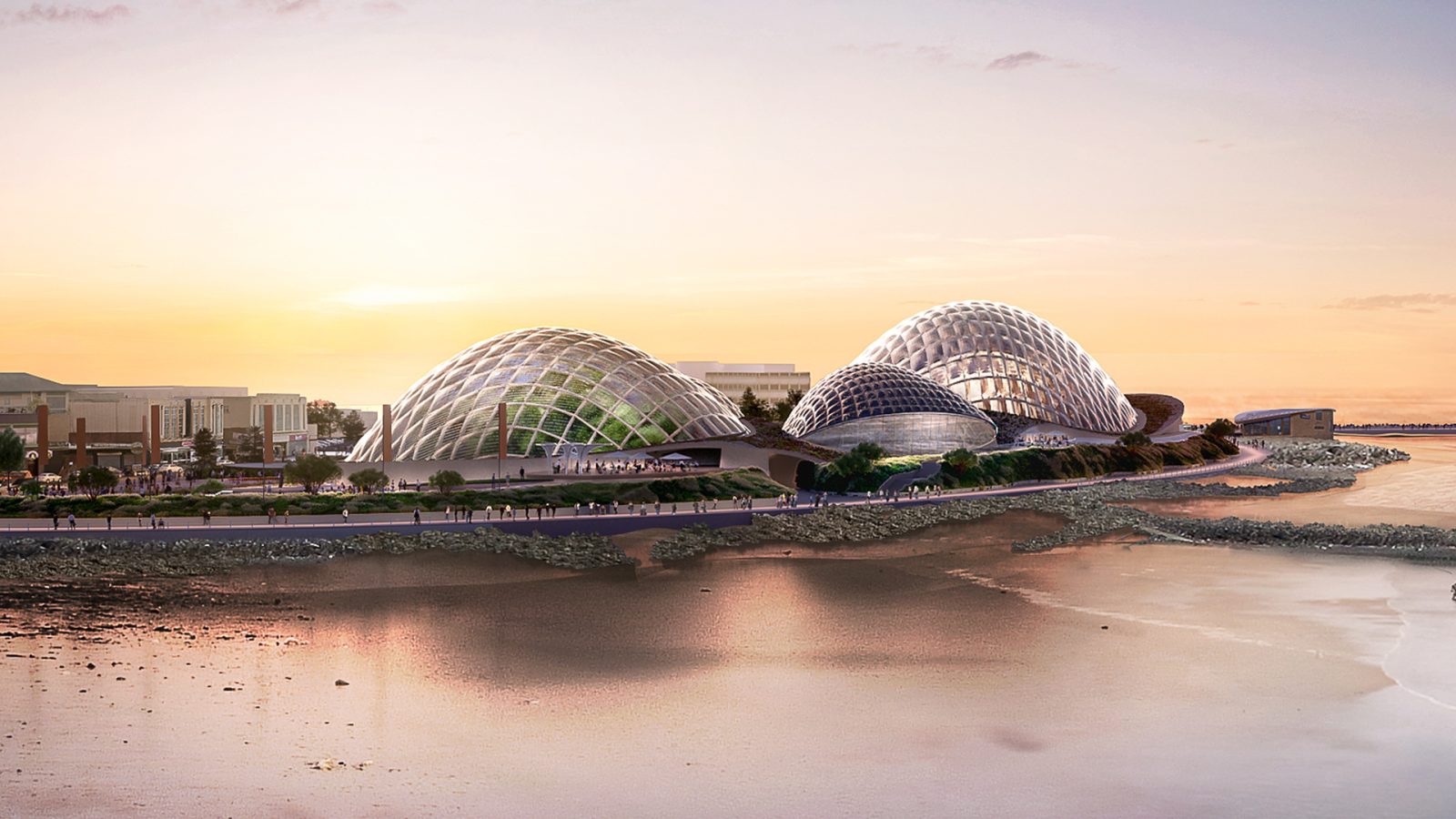 Plans for a £125 million re-imagining of the Eden Project right here on the North West coast have officially been given the go ahead by councillors.

The team behind the Eden Project North – which is set to be a major attraction for Lancashire and is part of a wider project aiming to “re-imagine Morecambe as a seaside resort for the 21st Century” – this week saw their plans go before Lancaster City Council in what was said to be one of the most important planning meetings in over a decade.

Confirming the news of the green light to plans, David Morris – MP for Morecambe and Lunesdale – said it was “a great day for Morecambe”.

He added on Twitter that he is “delighted that we have reached another milestone” in the project, and that he looks forward to “working with Michael Gove to get the government funding for the project secured.”

An application for £70 million government funding was submitted back in November 2020.

Hoping to replicate the success of Cornwall’s Eden Project, the Eden Project North will focus on marine life and seeks to transform the well-known Morecambe coastline by building a “ticketed visitor attraction that is sustainable and transformative, with large indoor environments, housed within iconic pavilions”.

The plans for the new all-year visitor attraction show five shell-shaped domes built on waterfront on the site of Bubbles – a former swimming pool – and appeal to people keen on art, science, adventure, play and performance as well as nature.

Eden Project North is expected to provide “significant economic, environmental and social benefits” for the area.

An environment filled with plants and art exhibits will be known as ‘Above the Bay’, while theatrical experiences will bring the tides and lunar rhythms to life in ‘Below the Bay’, and there’ll be bookable wellbeing treatments in The Natural Sanctuary, as well as the Eden Project North’s research and education programmes being housed in the ‘Natural Observatory’.

David Harland – Chief Executive of Eden Project International – said: “Planning permission is a huge milestone on our journey towards making Eden Project North an exemplar project for Morecambe, Lancashire, and the North of England.

“The project is now definitively shovel-ready and a compelling financial case has been made to Government [so] we are primed and ready to create this beacon to a green and sustainable future, be part of Levelling Up and drive economic and social enhancements across the region.

“While we are incredibly proud of what we and our partners have achieved so far, we now need UK government support to quickly bring this to fruition and maintain momentum.

“We’re hugely grateful to the Lancaster City Council planners for granting this landmark project planning permission. Massive thanks must also go to our partners and the community in the region for supporting us throughout the consultation process.

“We continue to be inspired by the wellspring of positivity we get from the people of Morecambe.”

Eden Project North would directly employ more than 400 people, with an additional 1,500 jobs supported in the region, and hoped to inject £200 million per year into the North West economy.

Subject to funding being secured, it is due to open in 2024.