Eden Project North aims to “re-imagine Morecambe as a seaside resort for the 21st Century”.

Plans for an innovative re-imagining of the Eden Project right here on the North West coast have taken a big step forward this week following a £70 million funding bid.

The team behind Eden Project North – which is set to be a major attraction for Lancashire and is part of a wider project aiming to “re-imagine Morecambe as a seaside resort for the 21st Century” – announced they have submitted a business case of £70m for government funding.

Hoping to replicate the success of Cornwall’s Eden Project, the huge development will focus on marine life.

The Eden Project North seeks to transform the well-known Morecambe coastline by building a “ticketed visitor attraction that is sustainable and transformative, with large indoor environments, housed within iconic pavilions”.

The plans for the new all-year visitor attraction show five shell-shaped domes built on waterfront on the site of Bubbles – a former swimming pool – and appeal to people keen on art, science, adventure, play and performance as well as nature.

Eden Project North is expected to cost in the region of £125m and the business case says it will provide “significant economic, environmental and social benefits” for the area.

The submission of the business case is said to be a “major milestone” for the project.

An environment filled with plants and art exhibits will be known as ‘Above the Bay’, while theatrical experiences will bring the tides and lunar rhythms to life in ‘Below the Bay’, and there’ll be bookable wellbeing treatments in The Natural Sanctuary, as well as the Eden Project North’s research and education programmes being housed in The Natural Observatory.

The Eden Project North is said to be of the key projects in Eden’s plans to expand around the UK and the world.

David Harland – Chief Executive at Eden Project – said: “This is a major milestone for Eden Project North, a moment when we have presented the government with what we know is a compliant, comprehensive and compelling case for investment.

“The world has changed beyond measure this year and it is imperative as we come out of the pandemic that our collective focus is on a recovery that stimulates the economy, is environmentally forward looking and creates meaningful, green collar jobs.

“Our firm belief is that Eden Project North does all of these things and will be transformative for Morecambe and the surrounding region.”

The team behind Eden Project North has been working closely with regional partners – the Lancashire Enterprise Partnership, Lancaster University, Lancashire County Council and Lancaster City Council – on the delivering the project.

Steve Fogg – Chair of the Lancashire Enterprise Partnership – said: “The Eden North project will be a game-changer for the Lancashire economy. The project will undoubtedly deliver substantial economic benefits for our county not only in terms of the opportunities for local businesses to become part of the Eden supply chain, but also as a visitor attraction of national significance, providing a much-needed boost to our tourism and hospitality sector.”

Councillor Dr Erica Lewis – Leader of Lancaster City Council – added: “Eden Project North promises to be a transformative project that will deliver considerable social and economic benefits for Morecambe, the district and the region.”

Eden Project North is projected to attract around one million visitors a year if given the go-ahead, with work expected to complete in 2023.

The most popular names of the last 20 years have been revealed – did yours make the list?

Some names on the top 50 list are so classic, they've remained popular for the last two decades - but there's also a few curveballs that've snuck into the top ten too.
byEmily Sergeant 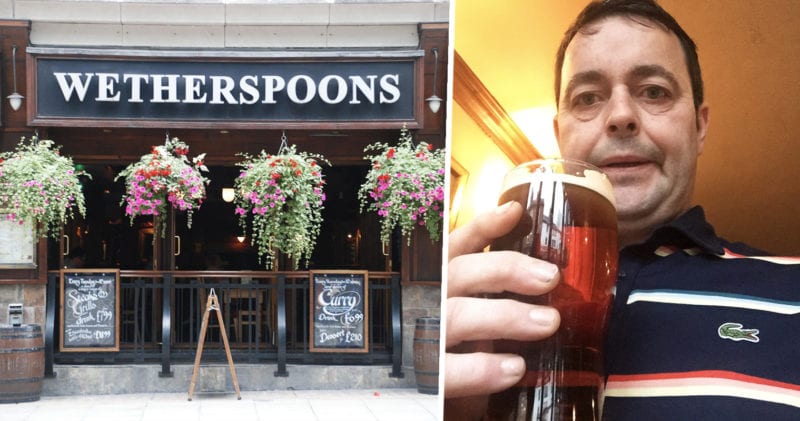