The Royal Exchange Theatre has entered into 'redundancy consultation' with staff members. 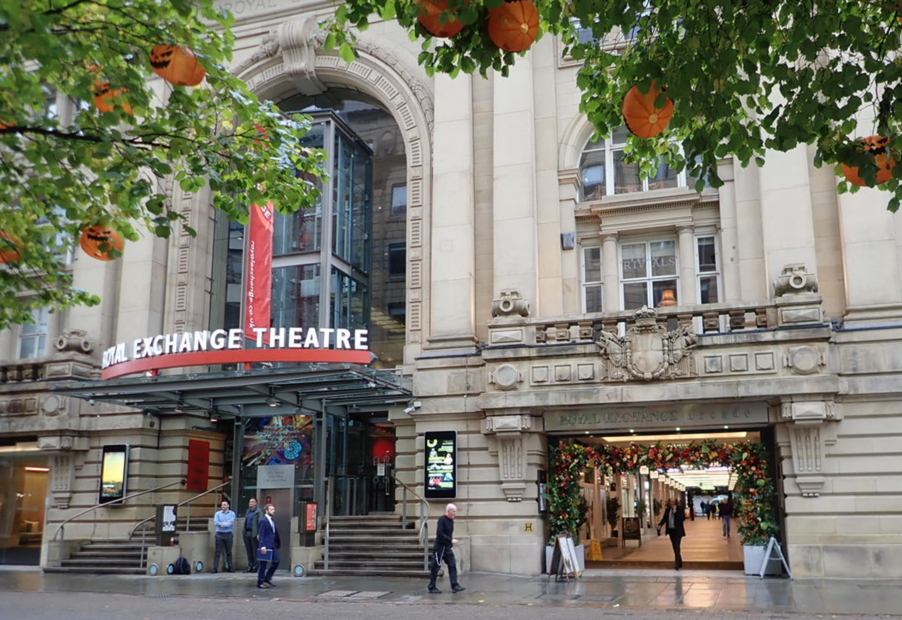 The Royal Exchange Theatre has announced that it has entered into ‘redundancy consultation’ with staff members and may be forced to make up to 65% of permanent roles redundant.

The theatre, in the heart of Manchester city centre, has cited the coronavirus (COVID-19) pandemic and the uncertainty around when it may be able to once again reopen doors for live performances, as having a detrimental effect.

Theatre directors said “there is nothing on the table which gives us confidence or clarity to be able to restart any activities in the immediate future” and that they “simply can’t trade” at this moment in time, even with social distancing measures in place, as it is “just not financially viable within our current structure”.

Announcing via a formal statement on its website yesterday evening, the Royal Exchange Theatre said that the impact of the pandemic has been “monumental” and they have been “working incredibly hard to ensure the survival and the future of our theatre”.

The statement continues: As a direct result of this, and the dramatic loss of income associated with it, we have no other choice than to scale back the organisation and reduce our overheads in order to survive. This means that we have been forced to make the incredibly hard decision to enter a period of redundancy consultation with our staff.”

“At the end of this period we may have to make up to 65% of permanent roles redundant.”

“We have explored all other possible options and this is the last resort in protecting the future of the Royal Exchange Theatre. The primary focus now is our duty of care to our staff [and] we have an incredible team of people who have shown enormous commitment and resilience.”

“This is a very sad and difficult time for everyone involved.”

“As a company, we remain committed to our vital role as a key cultural organisation for Greater Manchester, the North West and the national theatre ecology.”

“We will emerge from this period as a different organisation in a very different landscape, but we are determined to deliver the best cultural experiences for our audiences and communities once more, and we will do our utmost to bring our stages back to life as soon as it is safe and economically possible, opening our spaces, inviting communities and presenting bold and inventive work from vibrant and original voices”.

Bryony Shanahan, Artistic Director, said “It’s been heart-breaking to come to the realisation that this is the action we have no choice but to take.”

“Our staff are dedicated, talented, loyal and they don’t deserve this – and neither do the thousands of people in our industry who are facing job loss and uncertainty. It is an awful time for us all, and it’s also hugely frustrating that government support simply hasn’t reached us in time, despite clear warning signals and cries for help.”

“Access to culture for all should not be a luxury but a right, and so we must value it as such as we heal and move forward from this time.”

Roy Alexander Weise, Artistic Director, said: “The only way through this tremendously difficult time is to have unwavering optimism; keeping our eyes firmly on the goal of building again a vibrant hub of creativity and connection for Greater Manchester.”

“This catastrophe sadly forces us to change drastically to brace the world’s uncertainty but we look further ahead with hope to becoming a theatre which benefits more people than ever before, brings our community relationships into sharper focus, and helps us to employ and sustain more talent in the future.”

“Theatre will survive because as human beings we crave stories to make sense of our existence and imagination will help us to create a future. Our Engagement work with community participants never stopped during lockdown, and we have been committed to people remaining connected with us and each other.”

“We have learnt through this time that we can do and be so much more for the people of this great city. Theatre, arts and culture will be needed more than ever to support our collective recovery [and] when we eventually open our doors, we will be a pillar of strength, love and resilience for all.”

Steve Freeman, Executive Director, said: “The current economic landscape is desperate for theatres up and down the country, but we remain committed to being able to bring joy and entertainment to peoples’ lives once more. In the short-term, this means that we are having to take the most drastic and painful actions now.”

“However, we know that our role in providing people with the space to congregate for cultural experiences will be all the more important in the new world we are all facing.”

The Royal Exchange Theatre has started the #RXConnect hashtag on social media, which has seen much interaction and support from members of the public over the past few months since closing its doors back in March.

The Royal Exchange Theatre closed out its statement thanking everyone for their continued and invaluable support and vowed to “be back as soon as we can”.