Alongside a crowd-pleasing all-day menu of comfort food favourites, Bird of Prey is also serving up a breakfast and brunch menu. 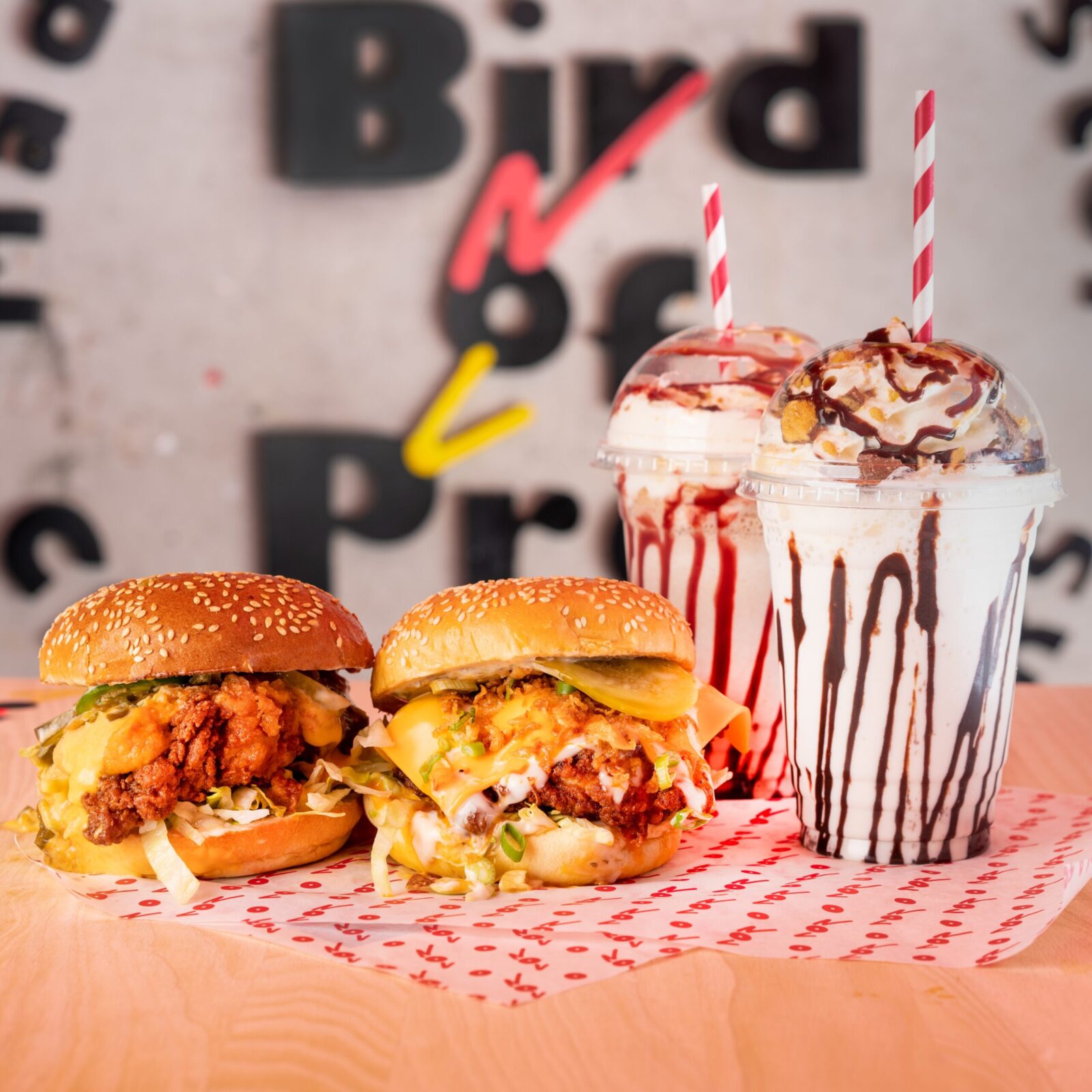 Manchester is not short of fried chicken spots, we know, it’s the kind of 3am standard fare you tend to find in most late-night takeaways. But when a really good one comes along, we feel we need to shout about it.

Enter Bird of Prey, the latest arrival at Manchester’s Circle Square development specialising in fried chicken ‘with a difference.’

Promising ‘Manchester’s hottest chicken wings’ alongside a host of fried chicken comfort food classics, you’ll find it down on Oxford Road pretty much where the BBC’s New Broadcasting House once stood.

The brainchild of family restaurateurs Asad, Sadaf, Saify and Saj, after years of honing their skills and tweaking their secret recipe for buttermilk fried chicken the trio is finally opening their doors in Manchester.

Bird of Prey serves up a menu of signature fried chicken sandwiches, wings, strips, sides and shakes, as well as an intriguing-looking brunch menu.

All chicken here undergoes an extensive marinading process with meat soaked in buttermilk for a minimum of eight hours overnight. It’s then double dredged in a special mix of flour, herbs and spices, being dropped into the fryer to turn crisp and golden.

As for drinks, you’ll find Vimto, Irn Bru, Sunkist and pink lemonade all on tap, as well as a selection of milkshakes that promise to use the same attention to detail as is applied to the fried chicken.

Sadaf Bukhari, Co-Owner of Bird of Prey said: “Bird of Prey is about incredible fried chicken and baskets of comfort food with great shakes, sodas and an awesome soundtrack.

“We are beyond delighted to be bringing our fried chicken to Manchester, this is the city we are from, and we can’t wait to throw open the doors and get frying at Circle Square.”