Campaigners have long argued that the scrapping of hard shoulders for "all lane running" motorways has put drivers at greater risk of accidents. 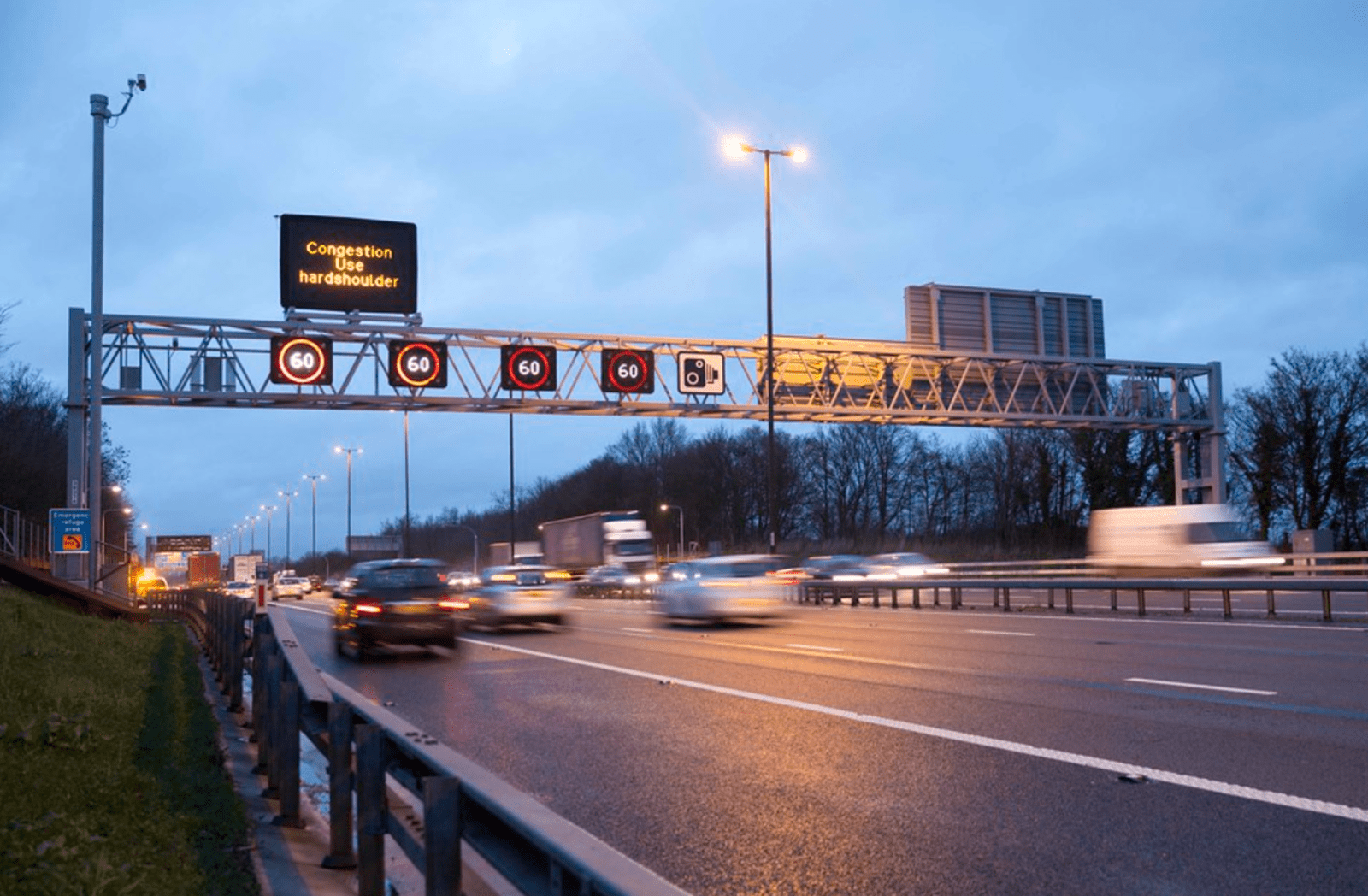 The government has today announced that the rollout of “all lane running” smart motorways is to be paused in the UK amid safety concerns.

Following the publishing of the recent Transport Committee report, ministers from the Department for Transport (DfT) have said that schemes to convert stretches of the M3, M25, M62 and M40 into smart motorways will be held off on until “five years’ worth of safety data are available”.

The decision to halt the controversial rollout follows a recommendation by the Commons Transport Select Committee – which highlighted that there wasn’t enough safety and economic data to justify continuing with the project.

In the review of smart motorways commissioned by transport secretary, Grant Shapps, in March 2020, the government said dynamic smart motorways were confusing and should be phased out in favour of all-lane running – which would remove the hard shoulder permanently – but MPs on the Transport Committee said that the decision was “premature” and based on insufficient evidence.

The report urged the government to instead “consider alternative options for enhancing capacity” on motorways.

Smart motorways – which were first introduced in England in 2014 to increase road capacity and manage traffic by converting the hard shoulder to a live running lane – have been heavily criticised by safety campaigners and MPs alike, with concerns voiced following a growing number of fatal incidents involving broken-down vehicles on smart motorways being hit from behind.

Read more: MPs and campaigners call for smart motorways rollout to be halted over safety fears

Most-notably, demonstrators carried 38 cardboard coffins to the Houses of Parliament last November 2021 in protest over the government’s initial motorway plan, with each coffin representing one of the people officially listed as being killed on smart motorways between 2014 and 2019.

Around 53 people are thought to have died on smart motorways since 2014.

Claire Mercer – whose husband, Jason, died on a smart motorway stretch of the M1 in June 2019 – is one of the most prominent campaigners for the abolishment of smart motorways entirely, and is the founder of the Smart Motorways Kill campaign group.

Ms Mercer says her husband would still be alive had there been a hard shoulder, and has said that “none of this is enough”.

She wants to see hard shoulders brought back in every instance.

Speaking on the decision to pause the smart motorway rollout for five years, Transport Secretary Grant Shapps said: “While our initial data shows that smart motorways are among the safest roads in the UK, it’s crucial that we go further to ensure people feel safer using them [and] pausing schemes yet to start construction and making multimillion-pound improvements to existing schemes will give drivers confidence and provide the data we need to inform our next steps.”

He added: “During the pause, we will continue to make sure all existing ALR smart motorways are equipped with best-in-class technology and resources and are as safe as they can possibly be.”

Tory MP Huw Merriman – who chairs the Commons Transport Select Committee – added: “It was clear to our committee that the public needs more reassurance that these motorways are safe to use.

“With conflicting and patchy evidence covering a limited number of years, more time was required to properly assess the impact on safety.”

Labour’s shadow transport secretary, Louise Haigh, said ministers were “wrong to press ahead” with smart motorways when “the strong evidence warned against it,” and added that “smart motorways in their current form, coupled with inadequate safety systems, are not fit for purpose and are putting lives at risk.”

“Today’s announcement is a welcome step,” she admitted.

“But Ministers should go one step further and reinstate the hard shoulder while this safety work and the accompanying review of the evidence takes place.”