Manchester favourites like Yard and Coop, Kong’s Chicken Shop and Wing Dash will go head-to-head with traders from further afield 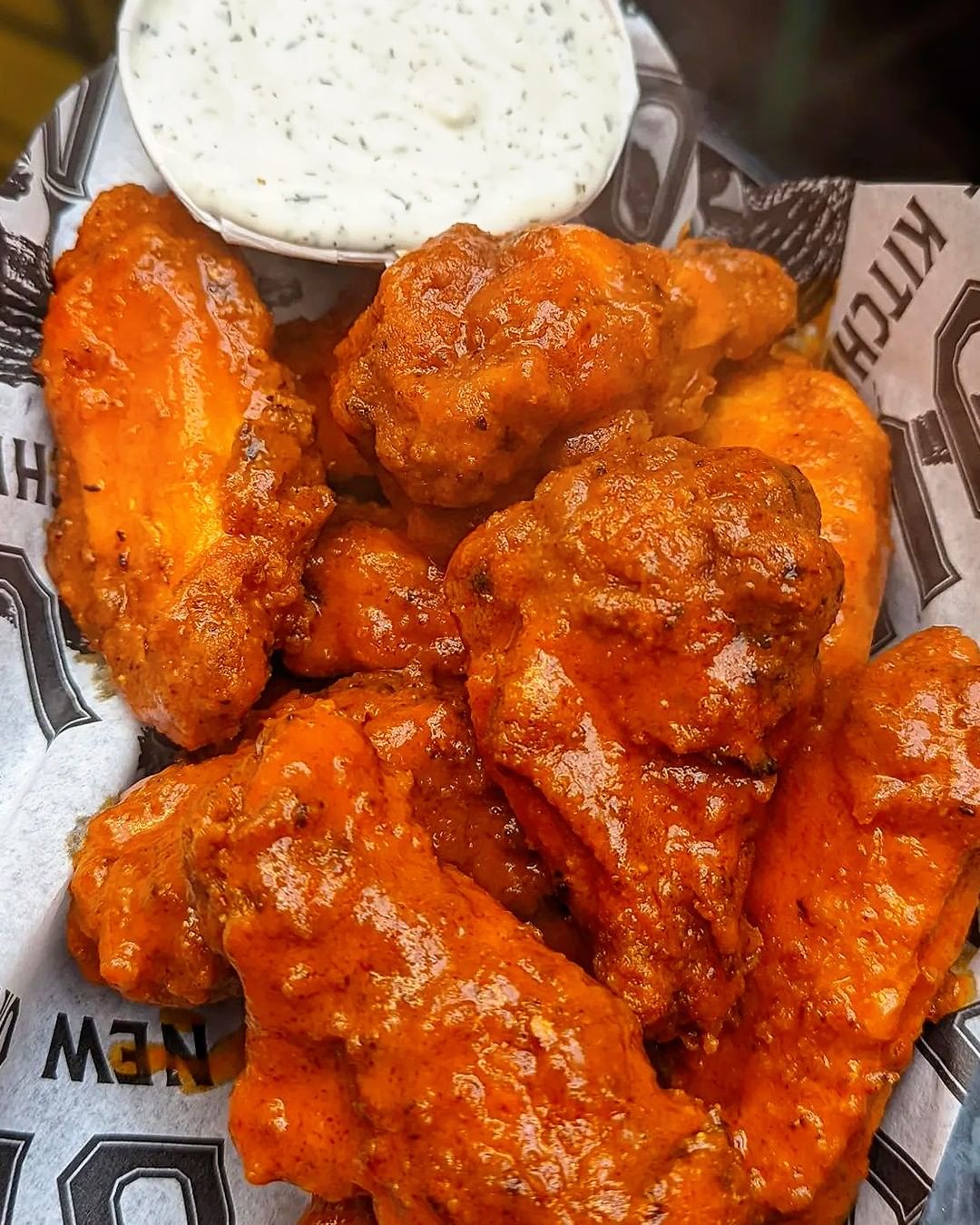 Wing Fest, the world’s biggest chicken wing festival, is returning to Manchester this summer – bringing some of the best street food traders, restaurants and BBQ teams with it.

Serving up a whopping 200,000 wings over the course of two days, we’ve been looking forward to its return since the announcement was made in March.

But now that the festival has released its Manchester trader line-up, we’re even more excited – if that’s humanly possible.

Traders at this year’s Wing Fest will, as ever, be on hand serving up their signature bites – be they deep-fried, spicy, baked, sweet or sticky as all hell.

There’ll also be a number of bars selling different bourbons and beers, axe-throwing stations, fairground rides and live music to set the party atmosphere across the weekend.

Bringing together pop-ups from across the country with some established Manchester names, local chicken wing fans can get stuck into favourites from the likes of Kong’s Chicken Shop, Wing Dash and Yard and Coop, as well as discovering new eats from further afield.

Brighton’s The Bok Shop, Liverpool’s Japanese street food-inspired kushikatsu stall Sutikku, and Edinburgh’s Down the Hatch are all also down to attend, as is Nottingham’s Sri Lankan eatery Colombo Street.

Those traveling from further afield include London’s Covent Garden restaurant Chick ‘n’ Sours, whilst Bayou will come all the way from Tooting with their red hot wings to take part in the festival.

Taking place this year at The Trafford Centre, the UK’s finest chicken experts will be showcasing their culinary skills by means of cooking demos and a festival-wide competition – all bidding to be crowned the Wing King or Queen.

This year’s competition is split into two categories: The Best Buffalo Wing and The Best Wild Wing.

The first, rather self-explanatorily, will see food traders battle to have their spicy sauce crowned the best, whilst the wild category will encourage chefs to let their creativity run wild with different flavours and toppings.

2021 champions Chicken George ft The Rib Man, The Bok Shop and Poor Boys, and local favourites Kong’s Chicken Shop and Yard and Coop, will be amongst those competing to win your vote.

In total, 8,000 lucky chicken wing fans will have the opportunity to cast their vote for their favourite wings across the weekend.

True wing aficionados should also consider taking part in the very saucy wing eating competition, where brave and hungry individuals compete against one another on the main stage to see who can eat the messiest wings.

The ‘Get Heated’ lava wing challenge hosted by, The Food Review Club and Clifton Chilli Club will be causing carnage, with only the brave entering the UK’s hottest wing challenge.

Taking place across Saturday 24 and Sunday 25 September 2022, those heading down can expect a day full of chicken-eating, as well as plenty of music and entertainment.

To get your tickets for the giant Wing Fest, click here.