Founded and funded by local businessman and BetFred owner Fred Done, HideOut was originally scheduled to open its doors this March, with the red ribbon-cutting pushed back due to the ongoing pandemic. 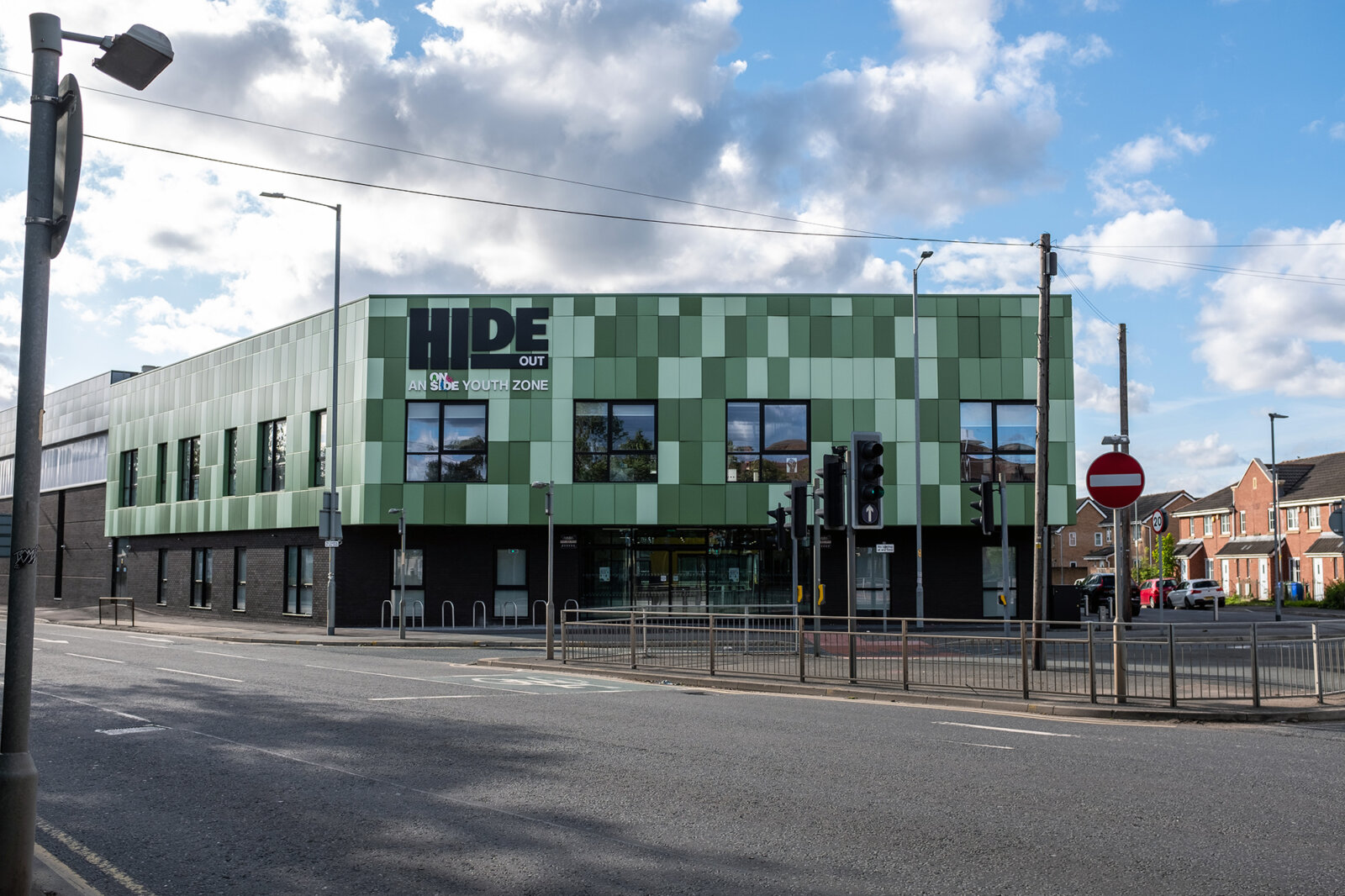 A charity focused on protecting and empowering young people in Greater Manchester is opening a huge new community centre in Gorton.

Designed for everyone aged 8-19 regardless of background – the new £6.6m facility is providing mini Mancunians with a safe space to socialise and discover their talents; aiming to tackle child poverty and homelessness, obesity, and gang culture in the process.

Focused on giving youngsters “somewhere to go, something to do and someone to talk to”, HideOut is packed out with exercise space.

Alongside recreational fun, organisers will be operating employability workshops to help youngsters kickstart the careers of their dreams, aided by the state-of-the-art training kitchen and employability suite.

This incredible Youth Zone will ultimately help to create dozens of new jobs and volunteer opportunities; whilst strengthening the wider Manchester community as a whole.

Founded and funded by local businessman and BetFred owner Fred Done, HideOut was originally scheduled to open its doors this March, with the red ribbon-cutting pushed back due to the ongoing pandemic.

The facility is planning to welcome the first wave of youngsters later this year as restrictions continue to ease.

But in the meantime, they need your help.

A fundraising campaign has been launched called ‘The Thousand‘ – which will help HideOut raise vital money for running costs and specialist equipment/resources.

Manchester City Council has pledged its support for the centre, but significant financial backing is still required to ensure HideOut can continue to operate, grow and expand.

Learn more about how you can help become one of The Thousand and ensure HideOut cements its place as an essential, vibrant hub of the Manchester youth community on their website.