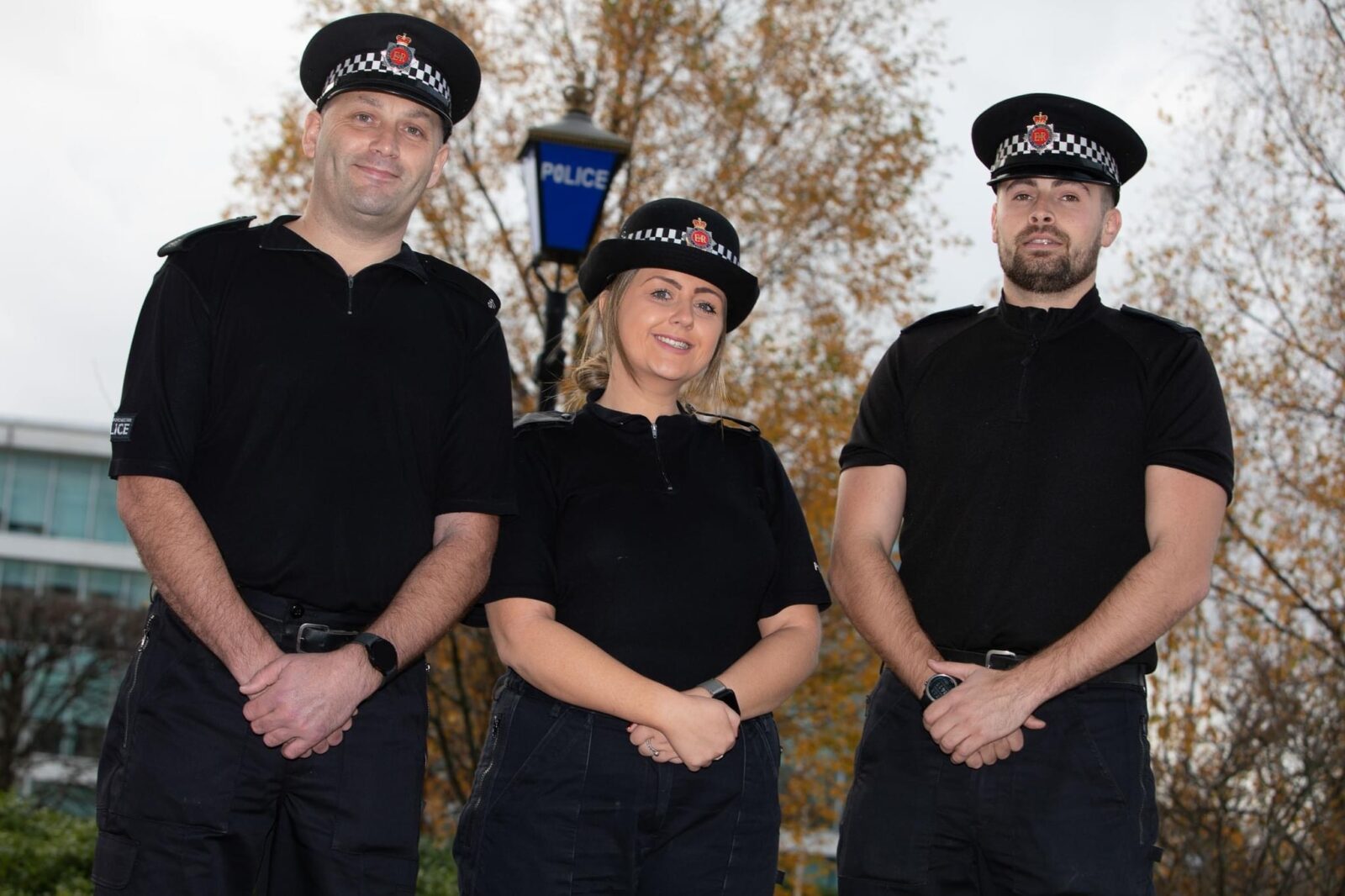 Three police officers who chased and detained a man carrying a gun in Manchester have been nominated for a bravery award.

PC Jack Ginger, PC Jessica Hamblett, and PC Richard Hayes from Greater Manchester Police (GMP) have been nominated for The National Police Bravery Awards after they put themselves at what was said to be “a significant risk to their own wellbeing” while chasing and eventually apprehending a gunman in Harpurhey back in March 2021.

The trio were in plain clothes on mobile patrol in a plain vehicle when PC Hamblett noticed a number of individuals “loitering together”.

According to GMP, due to the suspicious behaviour of this group, PC Hayes turned the vehicle around, and as they did so, the officers heard a loud bang – which they believed to be a firearm discharging – and a few seconds later, they saw a man running down the street carrying a black bin liner and seemingly trying to conceal its contents.

Due to the way he was acting and the loud bang, the trio then identified themselves as police officers and the man ran off towards a black Ford Focus – which was parked up with two other men inside.

PCs Ginger, Hamblett, and Hayes immediately chased the man, and he tried to get into the Ford Focus, but it eventually made off and left the man with the gun behind.

The man then ran off and was pursued on foot by PC Ginger, followed by PC Hayes, and supported by PC Hamblett in the police vehicle, and after a pursuit through a number of back streets, PC Ginger managed to detain the man with the assistance of his colleagues, while PC Hayes conducted a search along the route of the pursuit to find the black bin bag discarded near where the offender had tried to get into the car.

The bin bag did in fact contain a converted blank-firing Retay handgun, with the cartridge still in the chamber – which is a prohibited firearm.

“The actions of Jack, Jessica and Richard in pursuing a male who was armed with a firearm, which they believed had just been discharged, was exceptionally brave.

“The officers acted fast to detain this man and prevent any harm to members of the public, at significant risk to their own wellbeing [and] not only was the suspect apprehended, but their excellent commentary during the pursuit directed other officers to support, and the subsequent scene management ensured the recovery of the weapon and other important evidence.

“The actions of these officers has brought a very high-risk individual into custody, which will have had a significant impact on protecting and reassuring the local community.”

The offender was charged with possession of a firearm with intent to endanger life, and as his fingerprints were found on the bag which the gun was found inside of, he was remanded into custody.

The offender was jailed for five years in July 2021.