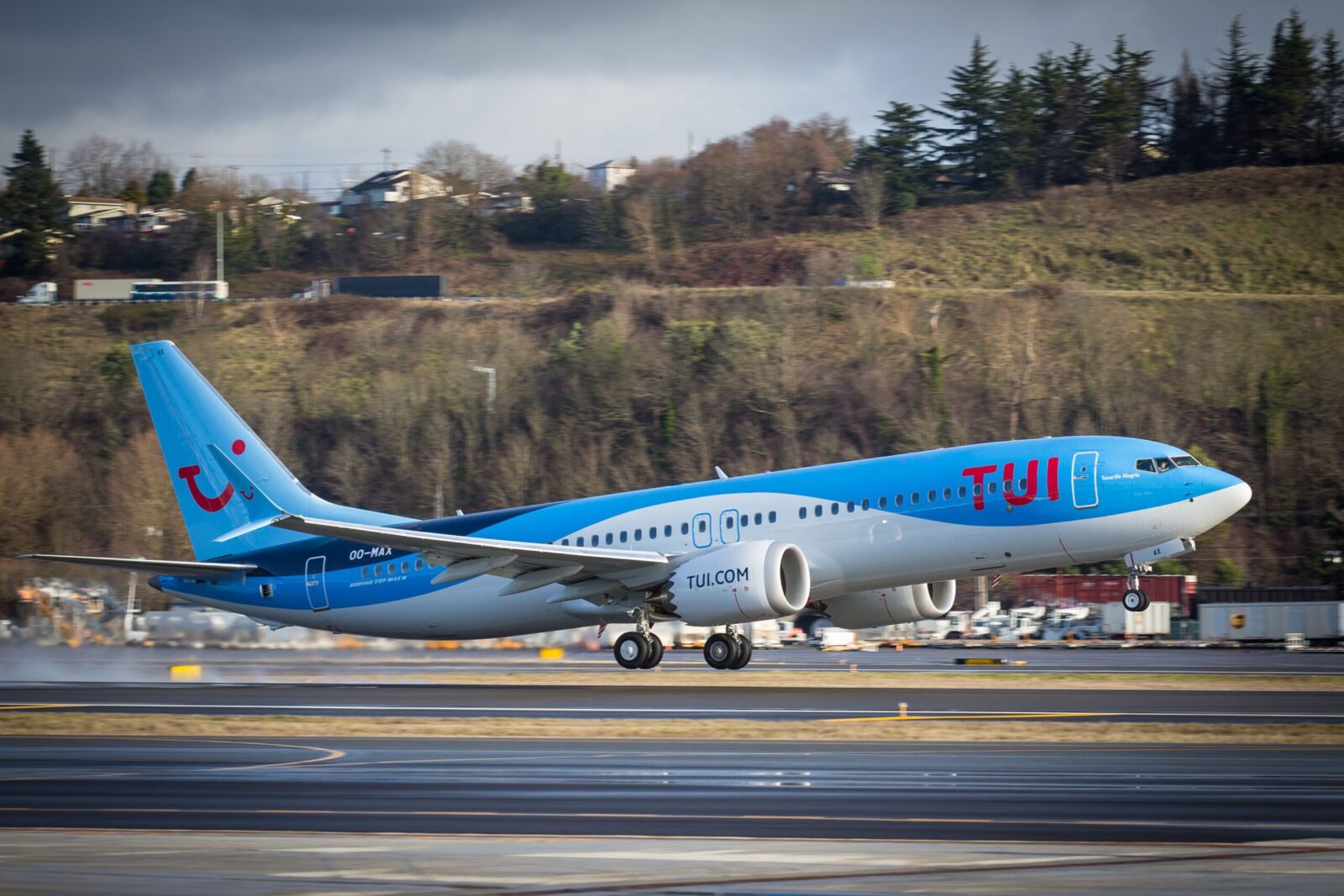 TUI has announced plans to axe hundreds of flights from Manchester Airport over the next month.

The tour operator will cancel six flights a day, starting today until the end of June.

Manchester is the only airport affected by the ‘incredibly difficult’ decision.

TUI said that ‘on-going disruption in our operation at Manchester Airport’ is to blame for the upcoming cancellations.

Affected customers will be given full refunds as well as an ‘extra gesture of goodwill’, TUI said in a statement.

The news comes after several days of more travel chaos at the transport hub, with queues for check-in stretching through the sky tunnel and into car parks.

Similar scenes have been taking place at airports across the country.

A statement from TUI said: “We would like to apologise to our customers who have experienced flight delays and cancellations in recent days and understand that many of our customers have been looking forward to their holiday with us for a long time.

“Due to the amount of on-going disruption in our operation at Manchester Airport, we have made the incredibly difficult decision to cancel six flights a day (43 flights a week), from Tuesday 31st May until Thursday 30th June. All other airports in the UK are planned to operate as normal.

“We understand how disappointing this will be for those impacted; however, we believe this is necessary to provide stability and a better customer service at Manchester Airport.

“We will continue to work closely with all our airport partners and suppliers so we can provide the best possible holiday experience for our customers.

“Customers affected by the flight cancellations will receive a full refund for their holiday, as well as an extra gesture of goodwill.

“Customers impacted in the next 14 days will also receive information on how to apply for compensation in line with regulations.

“We would like to reassure our customers that we cancellations of this nature are extremely rare and would like to thank them for their patience and understanding.”

A Manchester Airport spokesman said: “Over the last few days TUI and its appointed ground handler, Swissport, have experienced significant challenges with their check-in and baggage reclaim operations at Manchester Airport.

“From extensive discussions with the TUI and Swissport management teams, it is clear that they are experiencing temporary staff shortages, in common with other aviation and travel companies.

“Given these challenges, we understand TUI’s difficult decision to cancel a number of services over the course of the next month, although we are obviously disappointed to see passengers’ plans disrupted in this way.

“We will continue to work with TUI, Swissport and other partners to give passengers the best possible service as the travel sector builds back to full strength after the pandemic.

“In the meantime, we continue to advise passengers to arrive three hours before their flight and to be as prepared as they can be for their journey through the airport.”