The hospital will become a central hub for 90% of major trauma operations across Greater Manchester. 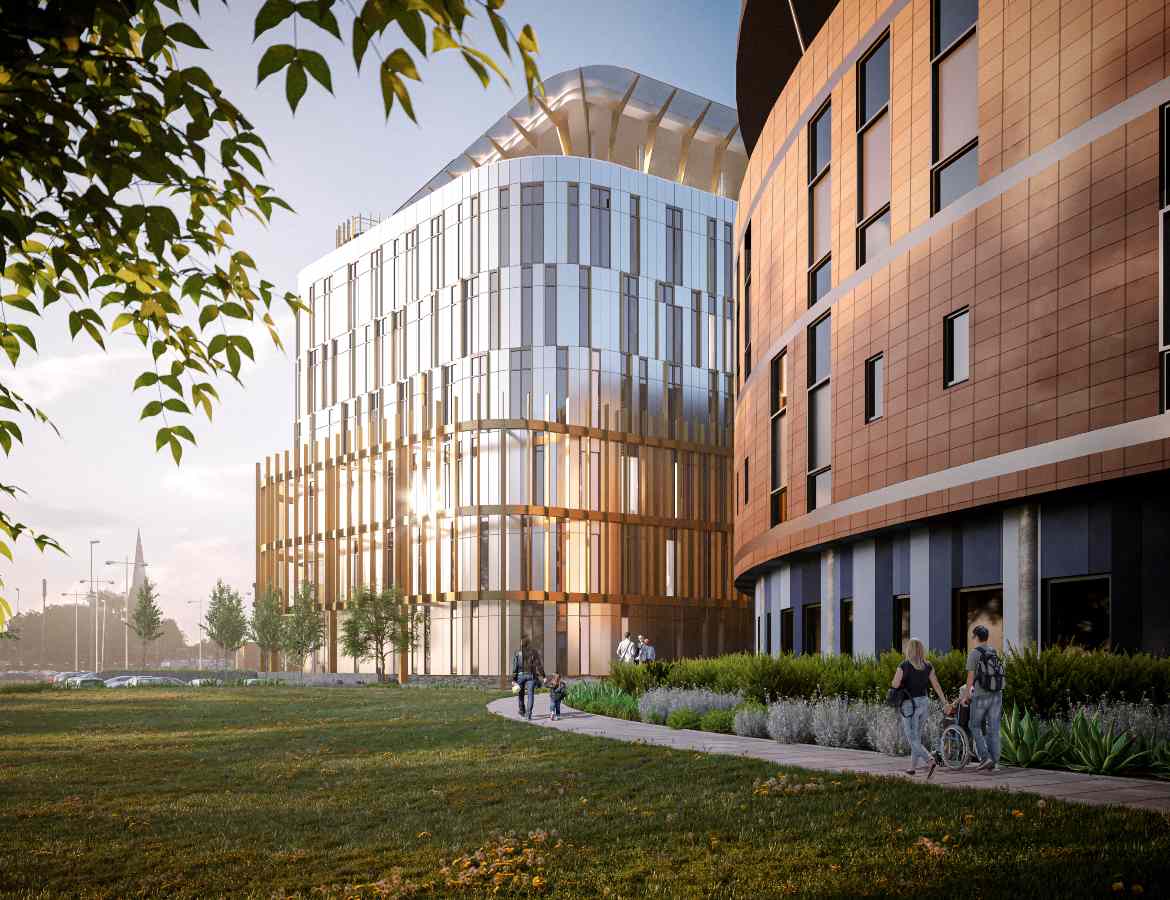 Work is set to begin on a brand new £68 million “state of the art” trauma centre to expand the services at Salford Royal Hospital.

Following planning permission for the project – which was granted back in December 2019 – ground will be broken on the new six-storey development today, making Salford Royal a central hub for 90% of major trauma operations across Greater Manchester and a provider of support for people involved in serious incidents, such as car crashes or life-changing falls.

The new centre will be named the James Potter Building in honour of the hospital’s recently retired long-standing chairman.

Once complete, the new centre is expected to treat around 400 patients a year and is set to include a resuscitation area, five emergency theatres, inpatient beds, diagnostic imaging and even a helipad, which means that seriously ill patients will reach the site even quicker for potentially life-saving treatment.

It will also make Salford Royal a hub for high risk emergency general surgery for patients in Bolton and Wigan.

Speaking on the start of construction Raj Jain – CEO of the Northern Care Alliance NHS Group, which runs Salford Royal – said: “This important facility has been many years in the planning with a number of our local, regional and national partners and it’s great to now be just weeks away from the official start date of construction.

“We are proud to be the major trauma centre for Greater Manchester and this centre and the amazing state of the art facilities and our specialist clinical teams within it will allow us to provide trauma care and services to an additional 400 trauma patients per year and help save more lives.

“This new team will strive to provide a general surgery service with the best outcomes in the UK”.

He continued: “We are of course currently working through the most challenging of times as we deal with the pressures and challenges of the COVID-19 pandemic [but] the start of construction work is extremely welcomed and fills us all with excitement about the fantastic future that we can start to create for major trauma and complex general surgery services.”

Rob Bailey – Healthcare Construction Manager at the company behind the construction work, BAM – said: “We have worked extensively on the design and programme with the trust to understand fully what their requirements are, and focus completely on what matters to them to provide a high quality building in which their patients are cared for and their staff can provide that care.

“That is how buildings should be delivered, with the outcomes the client wants placed at the centre.”

Health minister Edward Argar added: “I am pleased work is underway on this major development to provide state of the art new facilities and ensure patients can access specialised, life-saving treatment.

“The £68m new hospital at Salford Royal will be one of the 48 hospitals which we’re backing to deliver by 2030 as part of the biggest hospital building programme in a generation and strategic long-term investment in the future of our NHS.”

The new development is predicted to take until Summer 2023 to complete.