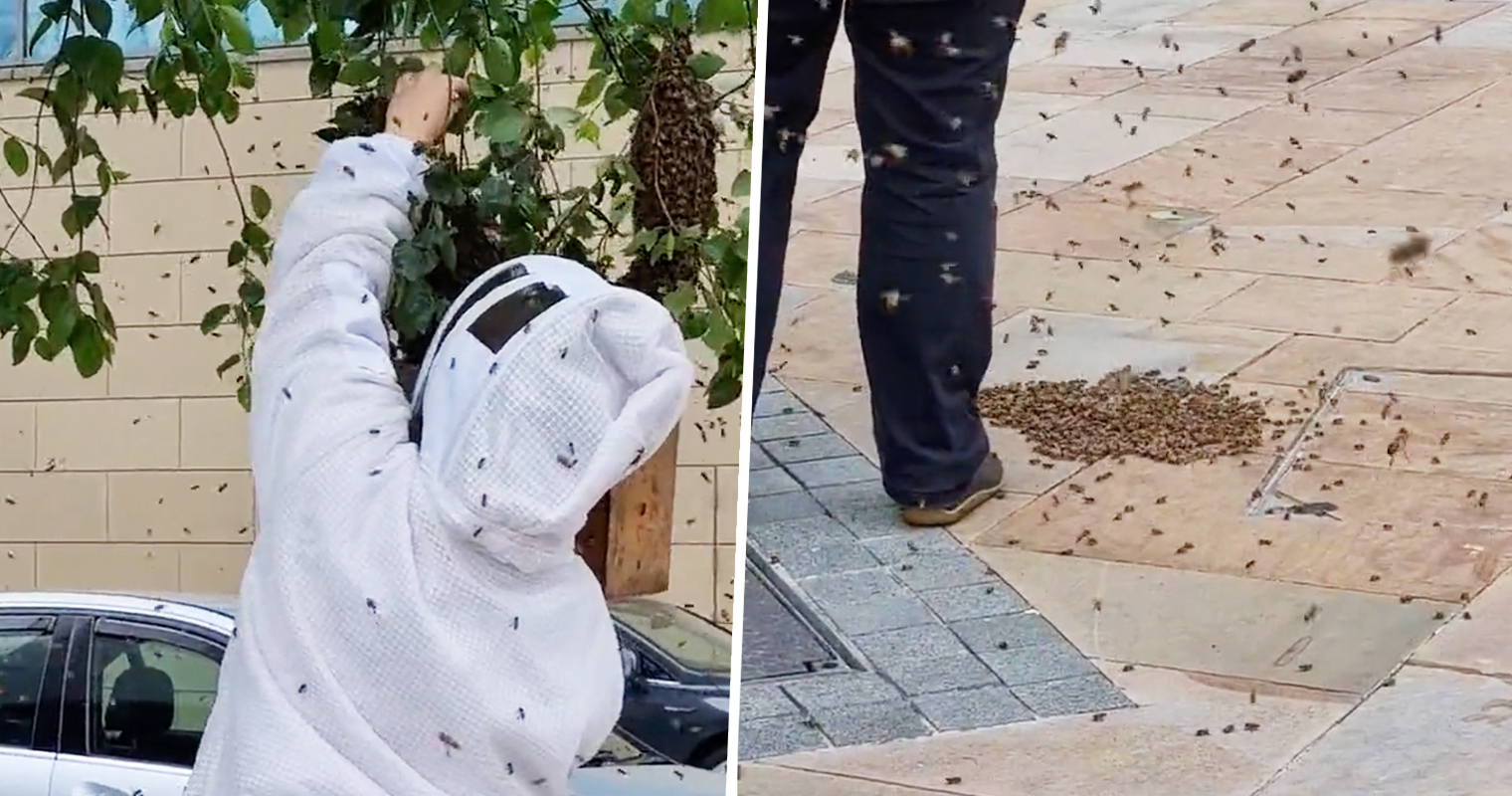 A local beekeeper has been spotted scooping up bees with her bare hands today in an effort to relocate a swarm.

A video posted this afternoon shows the brave individual knocking the huge swarm of bees into a wooden box.

And although the beekeeper is wearing a protective hood, there’s absolutely nothing to protect her hands.

The video of the rescue mission shows her turning to onlookers and asking: “Does anyone fancy giving me a hand?”

A chorus of people saying: “No not really” follows – unsurprisingly.

She then turns back to the buzzing swarm of bees and begins to shake the tree branch over a wooden box, though a huge mass of bees miss the box and fall onto the pavement instead.

The amazing footage was captured today by photographer Dennis Glanzig, who said he ‘wasn’t expecting this when I popped to MediaCityUK for my lunch.’

Dennis later shared another video of an elderly woman standing outside General Stores watching the swarm, captioned: “Old lady is hard as nails. She wasn’t bothered at all.”

It’s not the first time parts of Greater Manchester have been brought to a halt by swarms of bees.

Last summer, thousands of the buzzing insects took over the rear window of a parked-up and unattended BMW in the city centre, before moving on to engulf a poster for Manchester International Festival (MIF).

According to the British Beekeepers Association, a honeybee colony may swarm for a number of reasons but can often be seen swarming on warm and sunny days between May and July, and usually after a spell of poor weather.

Read more: Battle to save traditional pub in Stretford left in appalling state

It’s a completely natural process, and they will most likely swarm to reproduce after the old queen leaves a colony with some of the other bees.

Once the queen has left, scout bees will then head off in search of suitable places to construct the swarm’s home, and the successful scouts will eventually report back on the location of suitable nesting sites to the other bees.

But in the meantime, the other bees will leave the hive and find a spot to wait until the scout decides on the new home for the colony. 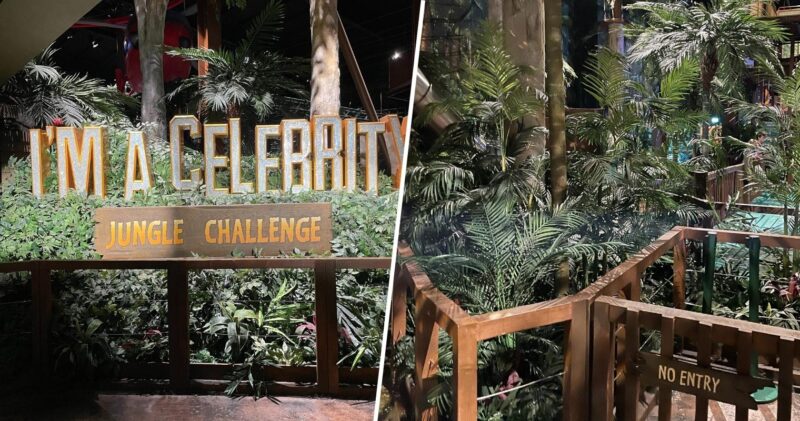 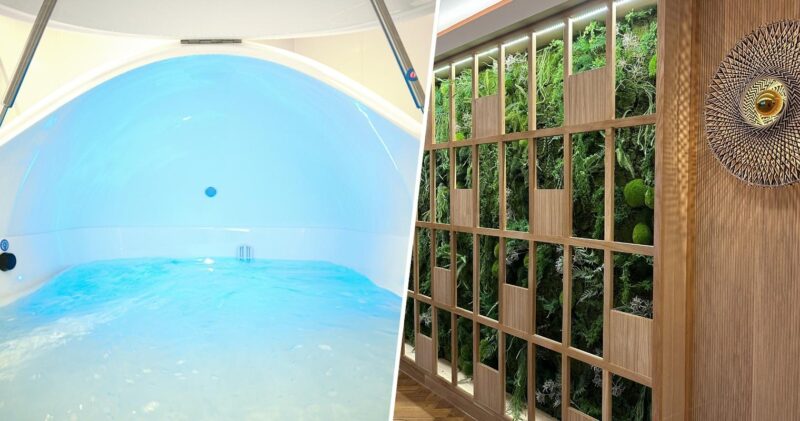